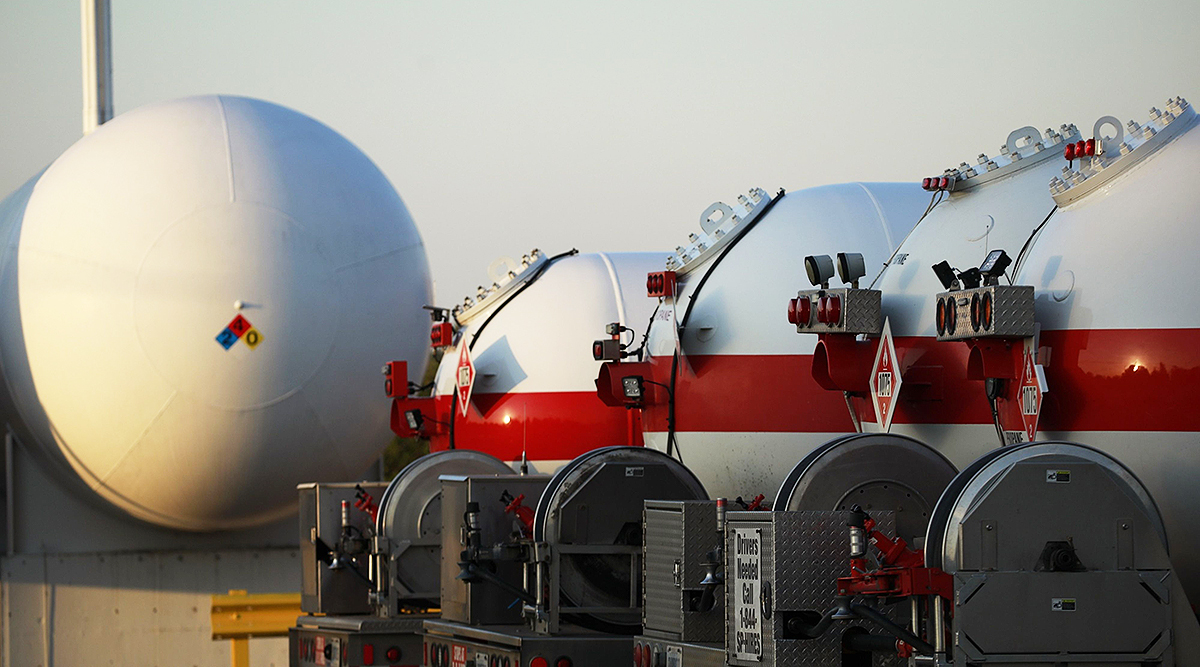 West Texas Intermediate crude closed above $80 a barrel for the first time since late 2014 as a growing power crisis from Europe to Asia boosts demand for oil ahead of winter.

U.S. crude futures advanced 1.5% on Oct. 11 in New York, while its global counterpart Brent rose closer to the $85-a-barrel mark. Prices of coal and natural gas have surged globally with stockpiles running low before the Northern Hemisphere winter, prompting some switching to oil products such as diesel and fuel oil.

It is quickly tightening the market as the Organization of Petroleum Exporting Countries and its allies are sticking with their plan to only gradually roll back production cuts. The oil market’s price structure is flashing bullishness, with the difference between New York crude’s front two contracts hitting the widest in more than two years, indicating shrinking supplies in the U.S. storage hub of Cushing, Okla. 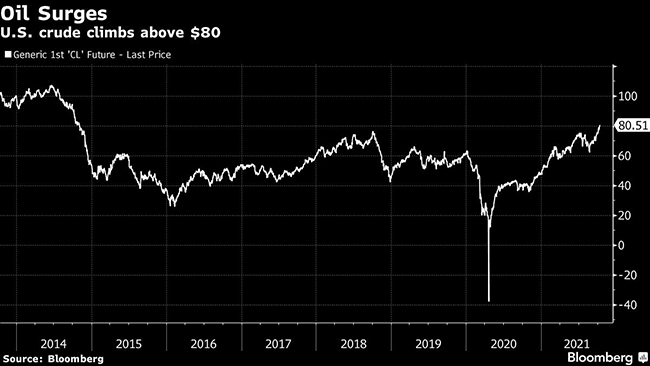 “There is definitely this fear of the supply side going to dry up,” said Fiona Cincotta, senior financial markets analyst at City Index. Even OPEC adding back supply to the market is not “necessarily going to have a massive impact on cooling the price of oil. Oil to $90 is clearly in sight.”

Crude futures have advanced about 20% since mid-August as the energy crisis has intensified. Saudi Aramco estimates the gas shortage has already increased oil demand by around 500,000 barrels a day, while Citigroup estimates it could reach about 1 million a day in a bullish case.

Citi raised its Brent price estimate for this quarter to $85 a barrel, potentially increasing to as high as $90 at times, on “higher demand, lost supply, gas-to-oil switching and price contagion this winter,” according to a report.

If prices continue to rise, the U.S. is likely to ask OPEC member states to pump more crude to help ease a surge in the energy prices, said Daniel Yergin, vice chairman of IHS Markit, in a Bloomberg Television interview. Over the past few months, the White House has been in communication with OPEC, pushing them to boost their output while stressing the importance of affordable energy.

Various underlying oil market gauges are showing signs of strength. WTI crude’s nearest contract traded at the biggest premium to second-month futures since September 2019 on Oct. 11 in a sign of tighter supplies. The so-called prompt spread has increased as more of the world attempts to substitute fuel oil for natural gas as quickly as possible.

A favored oil trade of the world’s hedge funds, WTI crude’s so-called Dec.-Red-Dec. spread, also strengthened. The spread topped $8 a barrel and is at the strongest on a rolling basis since 2014.

While crude markets still have room to grow as supply runs short and demand increases, it won’t last forever. Oil prices will eventually hit a ceiling as the “pain threshold, or the moment when the expensive price of oil will significantly impact demand and the global economic recovery,” according to Pavel Molchanov, an analyst at Raymond James & Associates Inc.

“The ceiling on price will be a combination of OPEC’s response and the threshold of pain in relation to demand,” he said.

— With assistance from Alex Longley and Jessica Summers.