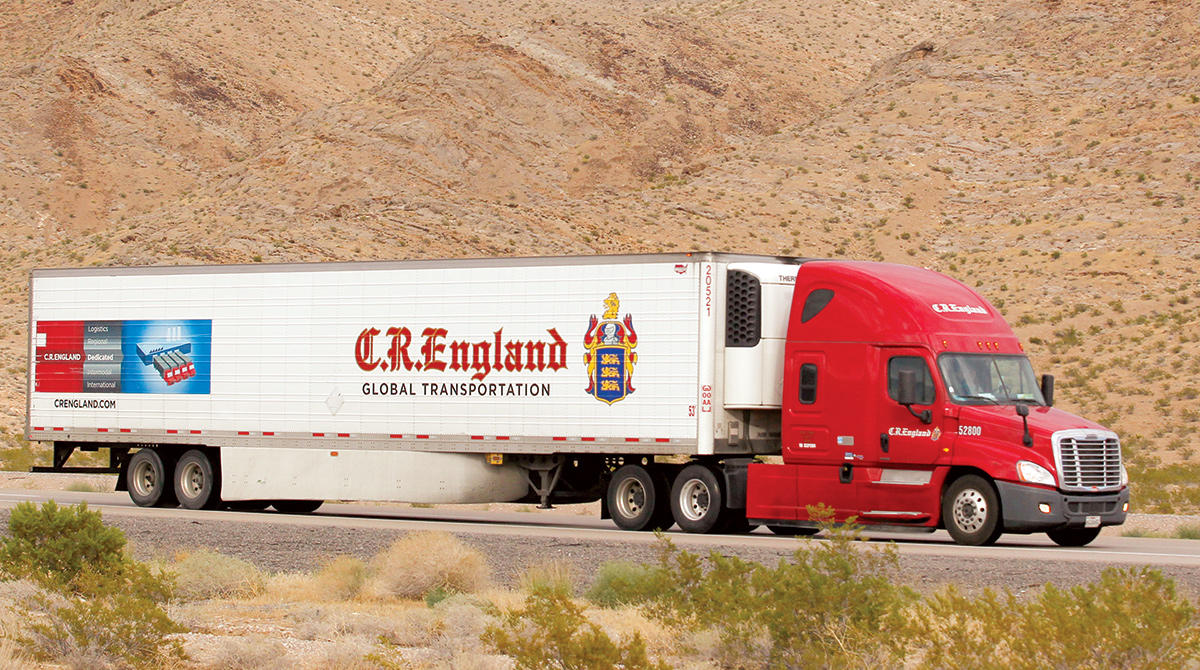 C.R. England Inc. has reached a $37.8 million settlement with a group of drivers who claim the company fraudulently recruited them to participate in a truck lease-to-own program and then saddled them with high-interest loans that made it difficult to succeed.

The settlement, which was achieved with help from a mediator, comes seven years after drivers Kenneth McKay and Charles Roberts filed a lawsuit in May 2011 on behalf of a class of independent contractors who drove and leased trucks from Opportunity Leasing, an affiliate of C.R. England that operated under the name Horizon Truck Sales and Leasing in Salt Lake City.

While terms of the settlement are still subject to approval of the U.S. District Court for Utah, Salt Lake City-based C.R. England agreed to pay $37.8 million in cash and grant debt relief to plaintiffs in the case.

In a statement, a C.R. England spokesman said: “We are proud of the opportunity we offered to enterprising people to start and grow their own businesses. However, we understand that some were not happy with their experience, and we hope that this settlement resolves any lingering concerns.”

Plaintiffs’ attorneys allege that C.R. England violated the Utah Truth in Advertising Act, the Utah Business Opportunity Disclosure Act and the Utah Consumer Sales Practices Act, and that C.R. England was committing fraud, negligent misrepresentation and breach of fiduciary duty in connection with its lease-driver program.

C.J. Krawczyk, an attorney for the drivers, said all class members will be eligible to receive “four-figure cash payments, relief from collection of disputed outstanding debts for truck operations and driving school tuition, and an opportunity for credit and DAC reporting repair.”

DAC (Drive-A-Check) reports are work histories on terminated drivers — from period of service and equipment operated to loads hauled and reasons for leaving — in order to help employers determine whether a driver meets standards to be rehired.

In documents filed in the case, McKay and Roberts were identified as residents of California who drove for C.R. England beginning in 2009 after receiving training at one of the company’s driver training schools. Both men said they were drawn by the promise of a job driving for C.R. England, but were pressured to sign up as independent owner-operators rather than an employee of the company and took on significant financial obligations in the process. The men claim they also were misled about potential earnings and the high turnover rate among participants in the lease-truck program.

Despite these problems, lease-to-own programs remain popular with some truckload freight carriers who see it as a way to shore up capacity by helping company drivers to become owner-operators and giving individuals with limited financial means the opportunity to buy a truck.

“Major players continue to have programs,” said trucking attorney Greg Feary of Scopelitis, Garvin, Light & Feary in Indianapolis. The combination of increased demand for freight hauling and a shortage of drivers, he notes, is putting pressure on trucking companies “to find drivers wherever they can.”

While there has been more scrutiny of lease-to-own programs, Feary said the legal and regulatory framework for the practice has not been challenged, although, he notes, that “some changes have been made” by fleets as a consequence of litigation and regulatory enforcement in states, such as California.

In the settlement with C.R. England, neither side conceded any aspect of its position, according to a joint statement issued by C.R. England and plaintiffs’ attorneys on April 26.