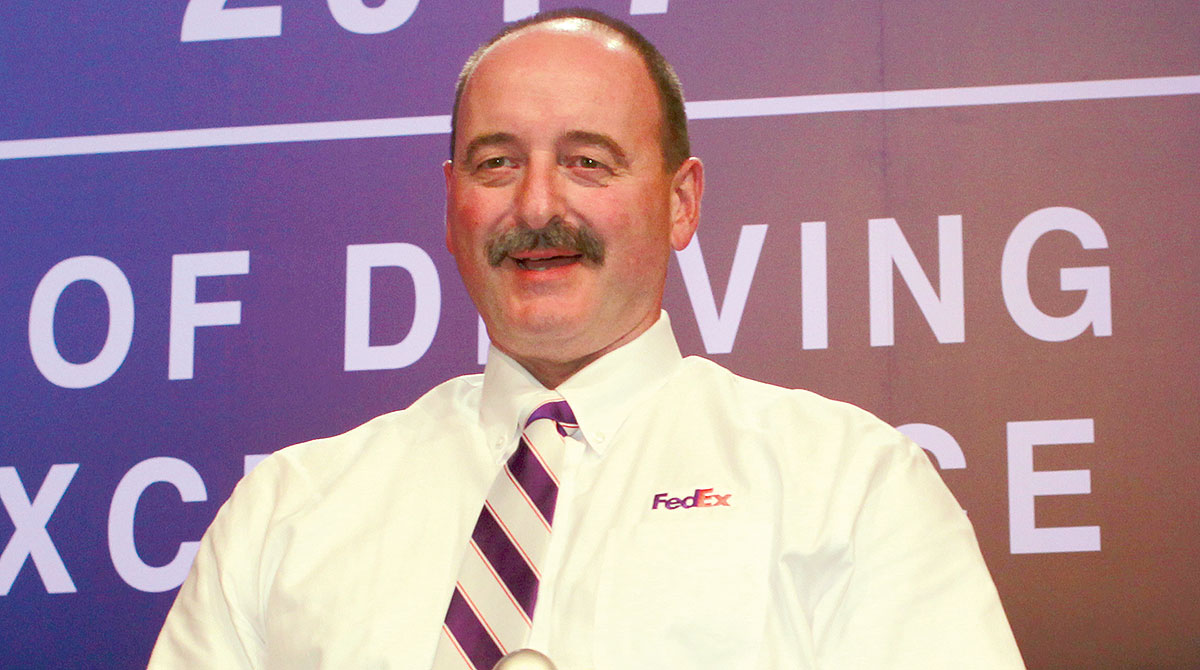 Beginning Aug. 15, the trucking world will turn its focus on the 81st annual National Truck Driving Championships, where the country’s next premier commercial driver will be crowned.

The 424 drivers competing at this “Super Bowl of Safety” in Columbus, Ohio, won their truck class at their state qualifiers earlier this summer. They also have been with their carrier for at least a year and are accident-free leading up to the national tournament.

For four days, these elite truckers from diverse backgrounds have the chance to come home with the top spots in their division, but only one can claim the overall grand champion title. To do so, competitors will need to demonstrate their safety proficiency on the “Facts for Drivers” textbook, a pre-trip inspection and an advanced driving course.

The Road to the National Truck Driving Championships

Who: Winners from nine categories at the state level advance to the national competition, with a grand champion crowned

“The upcoming four days of intensive competition and the 424 best of the best professional truck drivers that will endure the Super Bowl of Safety epitomize the hundreds of thousands of their colleagues on the roads every day,” Brian Lagana, executive director of American Trucking Associations’ Safety Management Council and Transportation Security Council, told Transport Topics on Aug. 6. “That they are accident-free and will be competing in Columbus in nine days is a testament to their training, well-honed skills, dedication to their profession and the trucking industry’s dedication to safety.”

The National Truck Driving Championships and National Step Van Driving Championships kick off Aug. 15 with a mandatory walk-through of the driving course, and a preview of the vehicles that will be used for the pre-trip inspections. Soon after that, every competitor will be required to take the written exam.

A “Breakfast of Champions” keynoted by U.S. Coast Guard retired Capt. Larry Brudnicki is scheduled for Aug. 16. Brudnicki is expected to expound on the ethos of leadership and teamwork. Federal Motor Carrier Safety Administration chief Ray Martinez is scheduled to attend the breakfast and greet the drivers.

After the morning address, competitors in the 3-axle, 4-axle, flatbed, and tanker classes will be required to arrive at the course for their pre-trip inspections and skills challenge. Drivers in the 5-axle, sleeper berth, twins, straight truck and step van classes will compete Aug. 17.

The finalists from each class will be announced Aug. 18. After a “Parade of Equipment,” they will commence with the final round of competition to determine the top scorers. Winners will be announced during an awards banquet in the evening, where the leadership at American Trucking Associations, the championships committee and dignitaries from the freight industry will address the competitors. The Bendix Grand Champion will headline the ceremony. Other outstanding performers and the top team will be recognized as well.
Last year, two FedEx Express drivers swept the top prizes. Massachusetts’ Roland Bolduc, competing in the sleeper berth class, earned the grand champion title. North Carolina’s Michael Bills won the step van class. Competitors from Kentucky earned top honors in the team division.