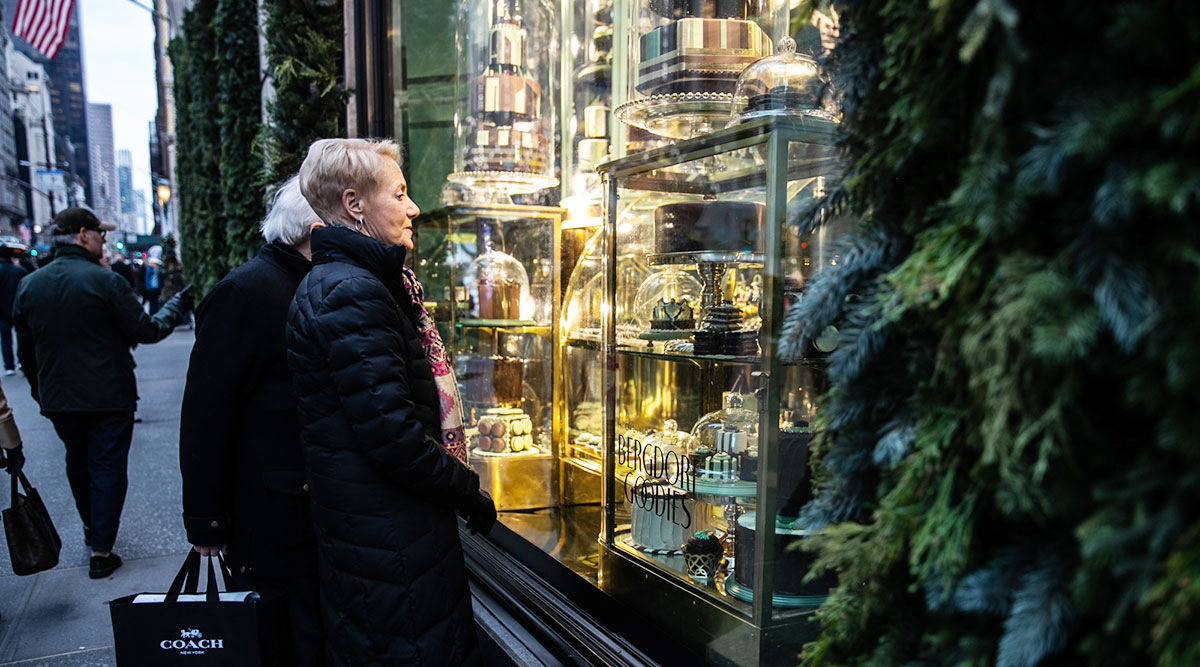 U.S. consumer spending rose more than forecast in November and the prior month was revised higher, a sign the biggest part of the economy is again poised to drive growth this quarter. An underlying inflation gauge watched by the Federal Reserve showed a slight pickup.

Purchases, which account for about 70% of the economy, rose 0.4% after a 0.8% advance, Commerce Department figures showed Dec. 21. The median forecast in a Bloomberg survey called for a 0.3% gain. Incomes gained slightly less than forecast and matched the slowest advance this year, with the saving rate falling to a five-year low.

The figures — together with data earlier Dec. 21 that showed business-equipment orders unexpectedly fell in November — indicate economic growth may be moderating from its strong pace earlier this year while being supported by solid holiday shopping. Even with the pickup in core inflation, the data suggest no big spike in prices, after Fed policy makers on Dec. 19 raised interest rates but lowered their path of expected hikes.

The Fed’s preferred headline inflation gauge — tied to consumption — rose 0.1% from the previous month and 1.8% from a year earlier. Excluding food and energy, so-called core prices also rose 0.1%, slightly below the median estimate of a 0.2% rise. The core index was up 1.9% from November 2017, following a 1.8% gain, matching projections. 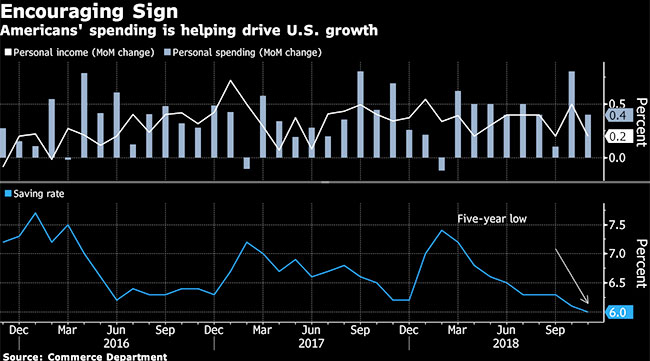 While the central bank targets 2% inflation including all items, it looks to the core gauge as a better indicator of underlying price trends.

The economy expanded at a 3.4% annualized rate in the third quarter, with consumption advancing 3.5%, according to gross domestic product data released earlier on Friday. Both figures were revised down slightly.

In the November spending and income report, wages and salaries rose 0.2%, the least since May. Real disposable income, or earnings adjusted for taxes and inflation, was up 0.2% after a 0.3% increase.

The saving rate fell to 6%, the lowest since March 2013, from 6.1% the prior month. That indicates Americans are spending faster than their incomes are rising.

While workers’ paychecks have begun to pick up, according to other measures such as average hourly earnings, a major acceleration is yet to develop even with the unemployment rate at the lowest level since 1969.