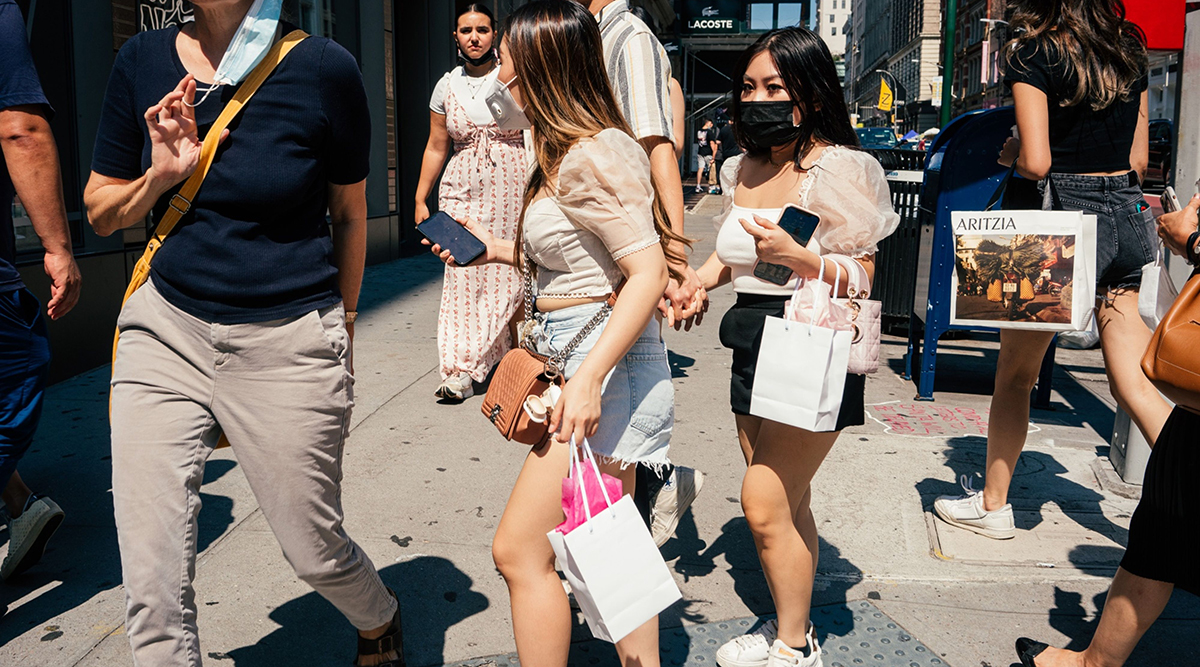 U.S. consumer confidence dropped in August to a six-month low, suggesting concerns over the delta variant and elevated prices are weighing on Americans’ views of the economy now and in the coming months.

The Conference Board’s index fell to 113.8 from a revised 125.1 reading in July, according to the group’s report Aug. 31. Economists in a Bloomberg survey had called for a decline to 123.

The figures suggest the spread of the delta variant has dented consumers’ views of the economy and threatens to undermine spending on services. The latest spike in COVID-19 infections has already curbed restaurant reservations, airline travel and hotel occupancy. At the same time, Americans are paying more at the grocery store and at the gas pump, which may be further weighing on sentiment. 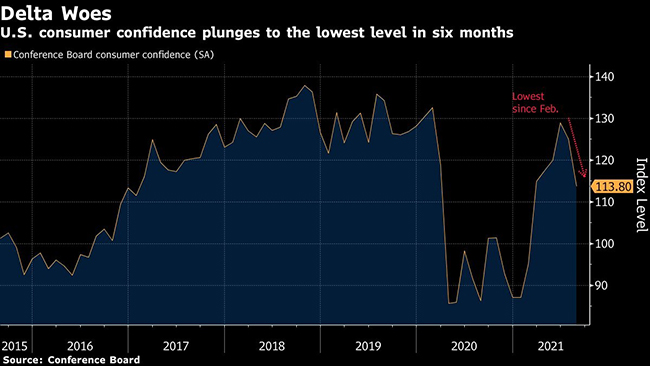 The figures follow the University of Michigan’s consumer sentiment index, which plunged to the lowest level since 2011 in August as Americans grew more concerned about the economy’s prospects, inflation and the recent surge in coronavirus cases.

“Concerns about the Delta variant — and, to a lesser degree, rising gas and food prices — resulted in a less favorable view of current economic conditions and short-term growth prospects,” Lynn Franco, senior director of economic indicators at the Conference Board, said in a statement.

The Conference Board’s gauge of current conditions fell to 147.3, the lowest reading since April. Consumers’ views of present business conditions declined, while economic expectations dropped to 91.4, a seven-month low.

Consumers were less upbeat about their future income and job prospects. The share of consumers who said jobs were “plentiful” eased slightly from a multidecade high.

Consumers said they were somewhat less likely to purchase cars, homes and appliances. Vacation plans for the next six months edged higher.