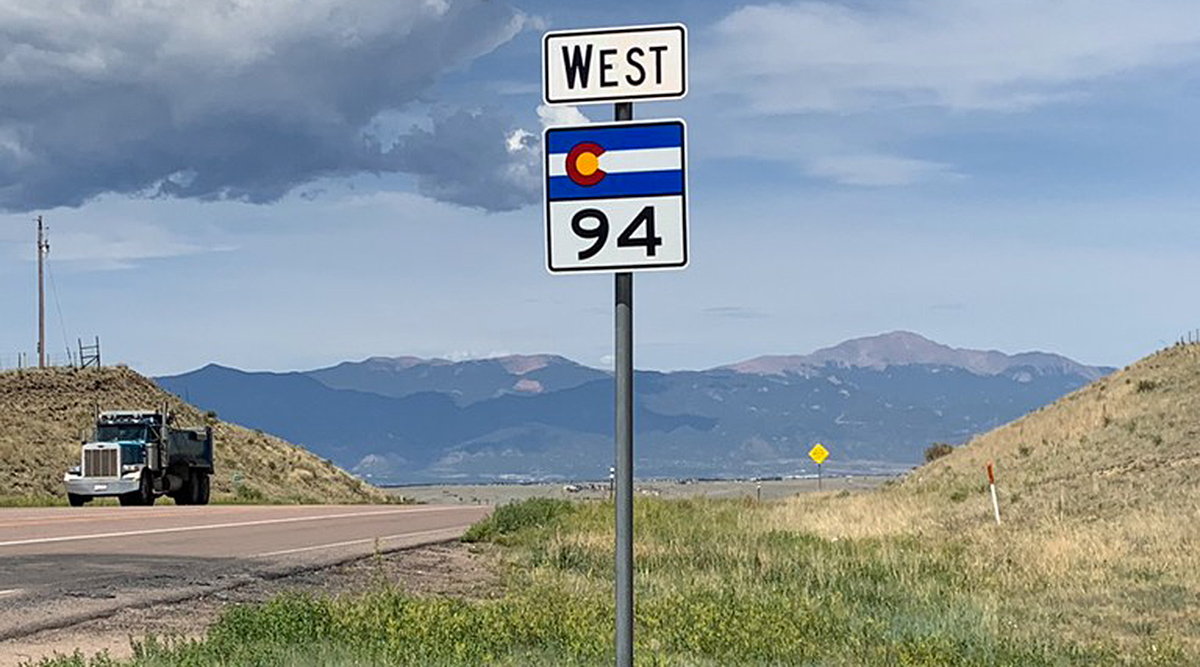 The Colorado Department of Transportation is beginning work on the Military Access, Mobility and Safety Improvement Project, which is meant to improve the infrastructure that serves the military bases in Colorado Springs.

CDOT announced Oct. 6 that the agency is progressing with Phase 1 of the project, which will involve work on state Route 94, an east-west corridor that runs for about 86 miles, linking Colorado Springs to U.S. Route 287. Specifically, construction will include the addition of westbound passing lane between U.S. 24 and North Franceville Coal Mine Road and the installation of a new fiber line from U.S. 24 to Enoch Road.

Additionally, CDOT plans to construct an eastbound turn lane between North Franceville Coal Mine Road and Blaney Road and a signalized “jug handle” intersection at Blaney Road. These improvements are designed to remove slower traffic from the passing lane, boosting the efficiency of traffic movement.

“We are excited to get started on the construction of the MAMSIP projects,” CDOT Regional Transportation Director Richard Zamora said. “The Colorado 94 project will ensure greater efficiency and safety of military personnel, their families, the overall community and with transport of equipment to and from Peterson Air Force Base, Schriever Air Force Base and Fort Carson.”

CDOT spokeswoman Michelle Peulen noted that the two Air Force bases linked by SR 94, Peterson and Schriever, house the global headquarters of the North American Aerospace Defense Command and the Department of Defense’s GPS Operations Center, respectively. Together, the facilities employ about 15,000 military and civilian personnel, according to Peulen.

“[Route] 94 is the main artery or connection point between Colorado Springs and Schriever Air Force Base,” Peulen said. “All trucking deliveries of goods and services onto the base use [Route] 94.”

Under current conditions, eastbound traffic along SR 94 experiences congestion caused by steep grades, limited passing opportunities and a large volume of slow-moving heavy vehicles, according to CDOT. The queuing of heavy vehicles can restrict sight lines for drivers, which presents a safety hazard. According to CDOT, the safety enhancements included in the project have the potential to reduce crashes.

All trucking deliveries of goods and services onto [Schriever Air Force Base] use [Route] 94.

Phase 1 is scheduled for completion in 2021, although progress depends on weather. Eastbound and westbound traffic will be shifted slightly to make space for crews working on the passing lane construction. CDOT has advised drivers to exercise caution and avoid speeding.

MAMSIP is supported in part through a federal Better Utilizing Investments to Leverage Development grant of $18.3 million, which was awarded in November 2019.

The overall project is meant to improve mobility and efficiency along SR 94, Interstate 25, South Academy Boulevard and Charter Oak Ranch Road, routes that serve the military facilities in the area. CDOT has identified I-25 as the backbone of the region’s commercial, passenger and military mobility. Snaking from Las Cruces, N.M., to Buffalo, Wyo., I-25 serves as Colorado’s only north-south interstate.

The project is part of CDOT’s Whole System-Whole Safety initiative to increase safety awareness. The goal is to reduce the rate and severity of crashes and improve safety conditions across all modes.