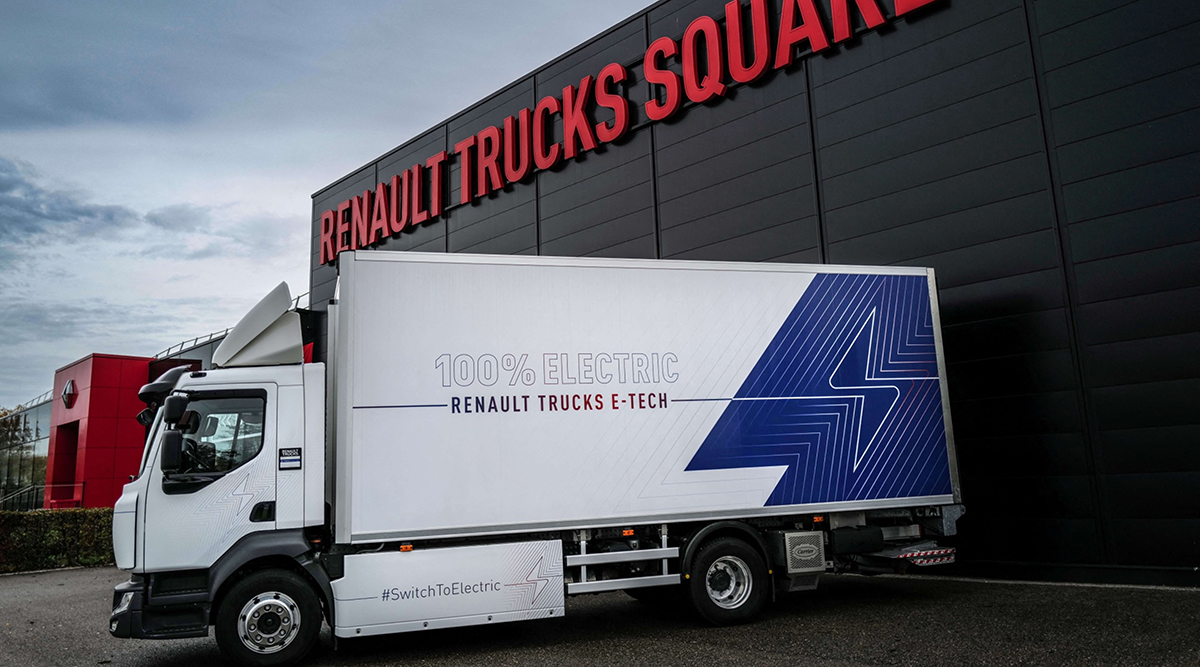 Renault Trucks has helped Coca-Cola beat Pepsi and Tesla Inc. to the punch on electric deliveries.

Coca-Cola Europacific Partners Plc, the biggest bottler of the soft drink by revenue, on Nov. 24 will start using battery trucks from the Volvo AB-owned brand for local trips in Belgium. Tesla is due to deliver its first Semis to PepsiCo Inc. on Dec. 1 — five years after Elon Musk showed off prototypes and began taking deposits.

When Tesla first unveiled the Semi in November 2017, Musk said it would go into production two years later. While would-be customers including Walmart Inc. and Anheuser-Busch InBev SA put down deposits, the automaker ended up prioritizing output of Model 3 sedans and Model Y sport utility vehicles while contending with supply chain issues.

Renault Trucks is well aware of the Semi’s late arrival. The company poked fun at Tesla last month with a video showing two workers putting up a Semi billboard proclaiming it’s the future of trucking, then driving off in an electric Renault truck.

Some talk the talk.
Some walk the walk.

Coca-Cola Europacific Partners said it’s getting Renault E-tech D and E-Tech D Wide trucks that can travel around 200 kilometers (124 miles) a day. More of the vehicles will arrive at the bottler’s sites in Belgium in the coming months as it pushes to cut carbon emissions. The Semi is a larger, heavier vehicle with an estimated range of 500 miles, according to Tesla’s website.

On Nov. 26, Musk tweeted that his team had completed a 500-mile drive with a Tesla Semi over the holiday weekend.

PepsiCo has reserved 100 Semis and expects to deploy an initial 15 by the end of the year. It plans to use them at two plants in California and has said on Twitter it would provide more details once it’s taken delivery of the vehicles.