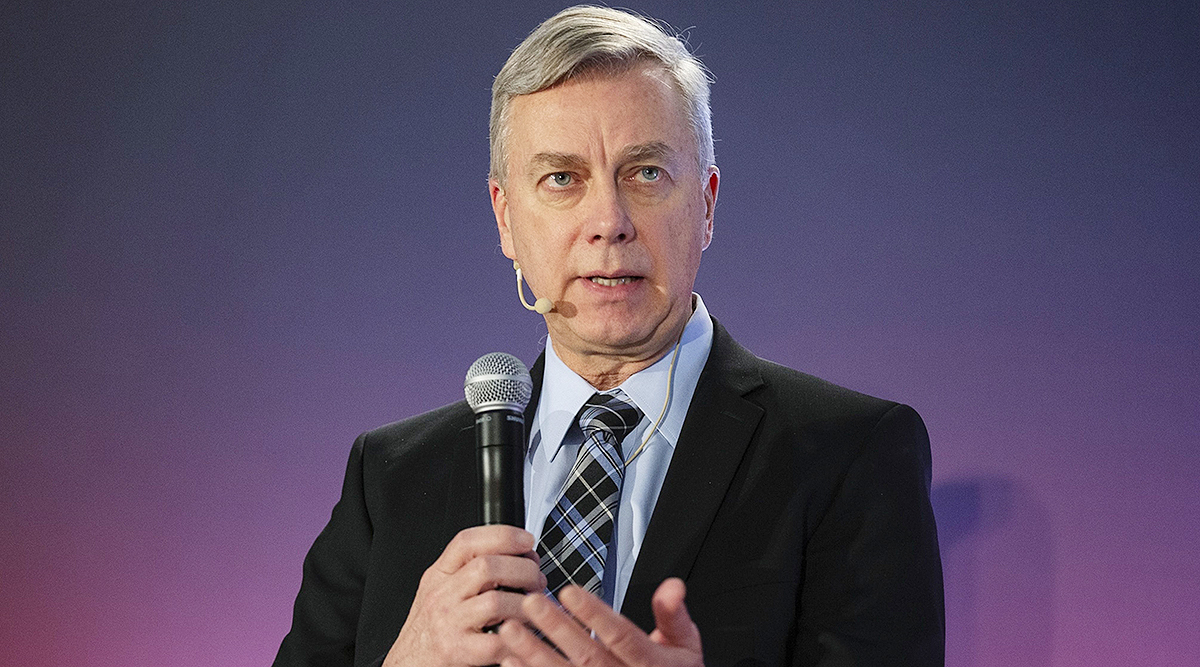 The embattled CEO of Canadian National Railway announced his retirement on Oct. 19, the same day the company posted financial gains during a third quarter that saw its attempt to merge with Kansas City Southern fall apart.

“I have been honored to lead CN during my time as chief executive officer, and I am confident that the company is well positioned to continue to thrive following my retirement,” said CEO JJ Ruest, a longtime company executive who took over as leader in 2018.

After rival Canadian Pacific last month won the competition to acquire KCS, a shareholder group led by TCI Fund Management sought Ruest’s removal and changes to the board of directors.

In a statement, CN praised Ruest and insisted he had deferred earlier retirement to see the company through on the deal. While KCS initially accepted CN’s offer, the plan fell through when the U.S. Surface Transportation Board ruled against a CN proposal that would have permitted it to run KCS while the deal was under government review. CP was able to secure a similar arrangement, effectively securing itself as the winning bidder.

“On behalf of the board, I would like to thank JJ for his dedicated service to CN over 25 years and as CEO since 2018,” said the chairman of the board, Robert Pace. “He has provided the company and all of our stakeholders with strong and inspired leadership. JJ deferred discussions on his retirement plans in order to see the company through the potential merger with KCS and closing of the transaction, and the introduction of the strategic plan announced on Sept. 17, which is beginning to demonstrate results.”

Ruest added, “The strength of the company’s management team and board allow me to announce my planned retirement knowing that the company we have built will continue to prosper.” 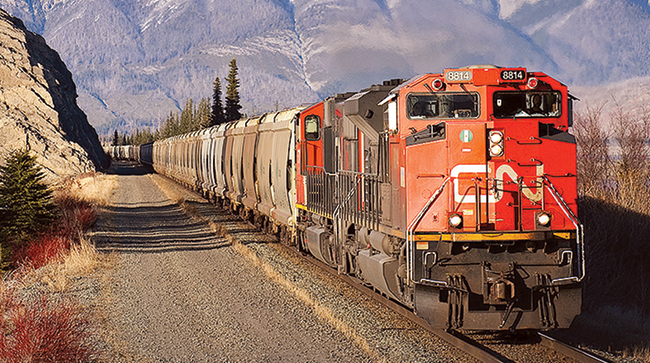 A CN train on the tracks. (Canadian National Railway)

The railroad noted that a C$705 million merger termination fee from KCS contributed to its Q3 gains. CN’s Q3 operating ratio was 59, ahead of analysts’ expectations of 60.5. Operating ratio measures a company’s operating expenses as a percentage of revenue, and measures efficiency. The lower the ratio the greater ability the company has to make a profit.

“CN’s dedicated railroaders produced strong financial and operating results this quarter, despite headwinds from severe wildfires in Western Canada that caused a prolonged disruption to CN’s main line to Vancouver in July,” Ruest said in a statement. “We are proud of the team’s efforts and dedication, as well as the progress we are making on executing our strategic plan. This includes delivering immediate shareholder value while maintaining our long-term commitment to safety, customer service and sustainable value creation.”

Revenue rose in five of the company’s business segments, and declined in two.

Petroleum and chemical revenue increased 21% to C$715 million from C$591 million in the same period a year ago.

Coal shipments, spurred by concerns over an energy shortage this winter, increased by a whopping 43% year-over-year to C$169 million from C$118 million a year ago.

The two sectors that saw declines were grain and fertilizers and automotive shipments. Both experienced double-digit dips.

Ruest expressed confidence that the railroad is moving in the right direction and will be in good shape for his successor.

“Our entire organization is highly confident that the investments we have made in safety, technology and capacity over the past three years will support the company in delivering enhanced financial results in the last quarter of this year, as well as in 2022 and beyond,” Ruest said. “Similarly, we believe that we are well positioned to achieve our targets of C$700 million of additional operating income and a 57% operating ratio for 2022.”

A search committee has been established to locate a new CEO.