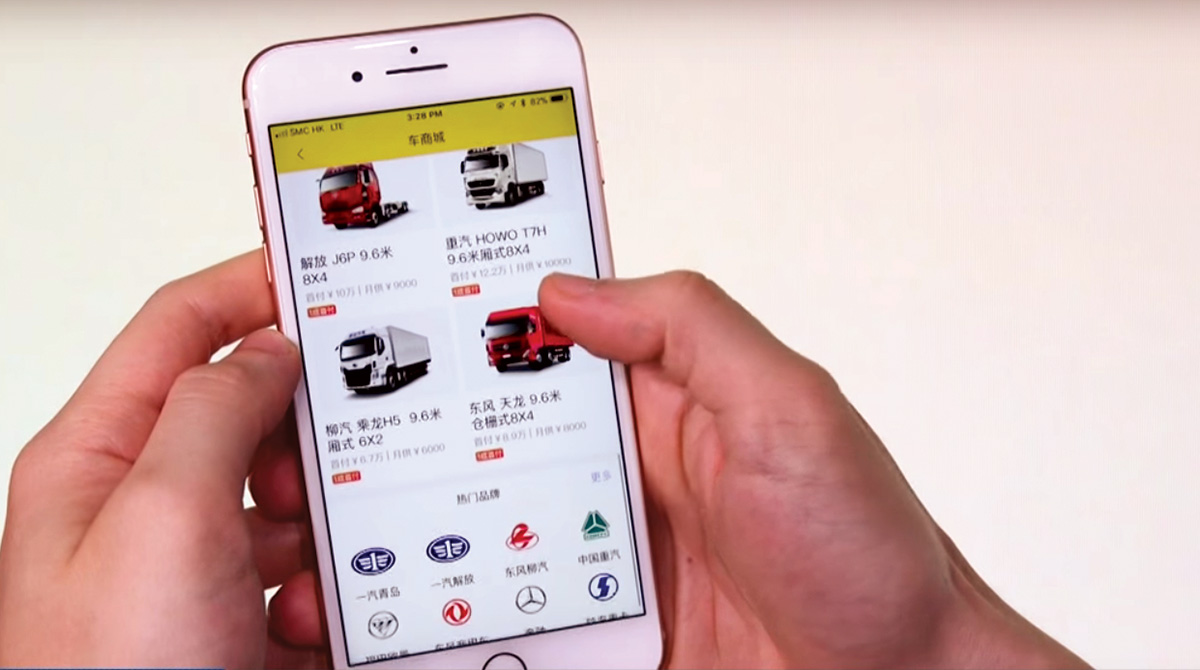 Full Truck Alliance Co., an Uber-like trucking startup, is looking to raise as much as $1.57 billion in an initial public offering, which would make it one of the biggest U.S. listings by a Chinese company this year.

The firm, backed by investors including SoftBank Group Corp. and Tencent Holdings Ltd., is offering 82.5 million American depositary shares for $17 to $19 apiece, according to a filing with the U.S. Securities and Exchange Commission. There is a concurrent private placement in which the Ontario Teachers’ Pension Plan Board and Mubadala will each purchase $100 million worth of Class A ordinary shares.

At the top of that range, the IPO would rival January’s listing by Beijing-based RLX Technology Inc., which raised more than $1.6 billion including so-called greenshoe shares. The offering of Full Truck Alliance, which operates a truck-sharing app that connects merchants that need shipping with truck drivers, also has a provision for underwriters to issue additional greenshoe stock, which would likely push it past RLX’s total.

The price range values the trucking startup at as much as $20.6 billion, based on the outstanding shares listed in the prospectus. It notched a $12 billion price tag in a $1.7 billion funding round last year, Bloomberg News reported.

Full Truck Alliance will follow the successful debut by Kanzhun Ltd., the Chinese online recruitment platform whose shares almost doubled in the first day of trading on Nasdaq last week. Kanzhun’s $912 million offering priced at the top of the marketed range, unclogging the pipeline for share sales by China-based companies after several others had put plans for U.S. listings on hold.

Companies based in China and Hong Kong have raised $8.4 billion in U.S. IPOs this year, more than four times the amount at this time last year, according to data compiled by Bloomberg.

The Guiyang-based startup, known as Manbang in Chinese, intends to use the proceeds for investment in infrastructure development and technology innovation, expansion of service offerings and general corporate purposes including working capital needs and potential acquisitions and investments.

Manbang has been facing stiffening competition as rivals try to win a slice of an evolving market. Giants from car-hailing leader Didi Chuxing Technology Co. to Alibaba Group Holding Ltd. are introducing technology to streamline shipping, connecting merchants with truckers and delivery firms.

Full Truck Alliance will set the final IPO price June 21, according to a term sheet obtained by Bloomberg News.

The offering is being led by Morgan Stanley, China International Capital Corp. and Goldman Sachs Group Inc. The shares are expected to trade on the New York Stock Exchange under the symbol YMM.