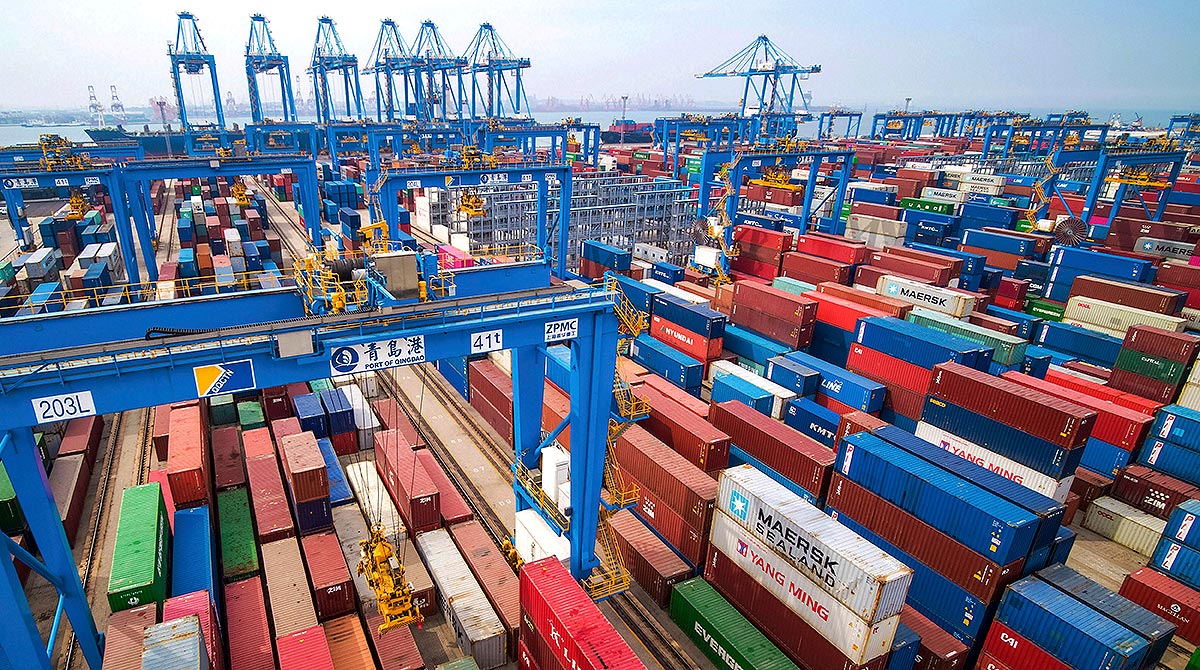 Containers are piled up at a port in Qingdao in east China's Shandong province. (Chinatopix via AP)

BEIJING — China’s economic growth sank to a new multidecade low in the latest quarter as a trade war with the U.S. deepened a slump that is weighing on the global economy.

Growth in the world’s second-largest economy slipped to 6% in the three months ending in September, down from the previous quarter’s 6.2%, data showed Oct. 18. It was the weakest level since China started reporting data by quarters in 1993. 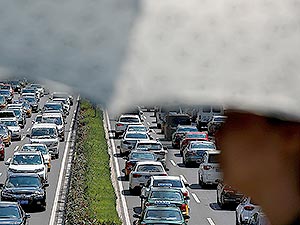 The slowdown and weakening consumer demand add to headaches for Chinese leaders as they fight a 15-month-old tariff war that has sapped China’s exports.

Still, the slowdown will not necessarily compel decision-makers in Beijing to reach an agreement with President Donald Trump since domestic factors, rather than trade, are having a bigger impact on the economy, said Julian Evans-Pritchard of Capital Economics.

“I don’t think striking a deal with the U.S. and lifting those tariffs would resolve the issues the Chinese economy is facing,” said Evans-Pritchard. “It would be only a modest boost.”

The weak data raise the likelihood of interest rate cuts and other stimulus to shore up growth and avert politically dangerous job losses. Chinese leaders have boosted government spending but avoided large-scale stimulus that might add to debt that already is so high that rating agencies cut Beijing’s credit rating.

The slowdown in China, the world’s biggest trader, has global repercussions. It is depressing demand for industrial components from Asian countries. Prices of soybeans, iron ore and other commodities have fallen, hitting Brazil, Australia and other suppliers.

The International Monetary Fund cited the U.S.-Chinese tariff war in this week’s decision to cut its 2019 global economic growth forecast to 3% from 3.2%.

Developed economies will be “considerably weaker” this year due to trade tensions and “increased uncertainty on confidence and investment,” the IMF said in a report.

Trump agreed last week to delay a tariff hike on Chinese goods and said Beijing promised to buy up to $50 billion of American farm goods.

The initial burst of enthusiasm faded after Beijing failed to confirm the scale of possible purchases and officials said the two sides still were working out details. It is unclear whether Chinese leaders want more steps including lifting punitive tariffs already in place before purchases of American goods go ahead.

Beijing is resisting U.S. pressure to roll back plans for the government to nurture Chinese leaders in robotics and other technology. Washington, Europe, Japan and other trading partners say those violate Beijing’s market-opening commitments and are based on stealing or pressuring companies to hand over technology.

Slowing consumer spending and investment have had a bigger impact on cooling Chinese growth. Chinese families spooked by uncertainty over jobs and the trade war are putting off big purchases and scaling back spending on travel and other non-essentials.

Retail sales growth fell to 8.2% over a year earlier in January-September, down from 8.4% in the first half, the National Bureau of Statistics reported.

Auto sales in China, the global industry’s biggest market, are off 11.7%.

Such trends are a setback for a marathon effort to shift toward greater reliance on consumer and corporate demand instead of trade and government-led investment. But trade supports millions of jobs, and exports so far this year have fallen slightly.

Factory output growth slowed to 5.6% in January-September from 6% in the first six months of the year. Growth in investment in factories, real estate and other fixed assets slowed to 5.4% from 5.5% in January-August.

Investment “is being held back by trade war uncertainties,” said Adams of PNC.

Eva Yi and Liang Hong of China International Capital Corp. estimate the slowdown wiped out some 5 million jobs in the first seven months of this year, mainly due to weak consumer demand. They said 1.3 million to 1.9 million jobs were lost to U.S. tariff hikes.

Inflation jumped to 3% in September, driven by a 69% surge in pork prices due to the loss of millions of pigs to African swine fever.

Global pork prices have risen as Chinese importers buy up supplies from as far away as Europe. Beijing’s offer to resume buying American soybeans and pork would help to ease pressure on farmers and grocery shoppers.

Still, researchers say shortages are likely to last through next year while farmer rebuild their herds.