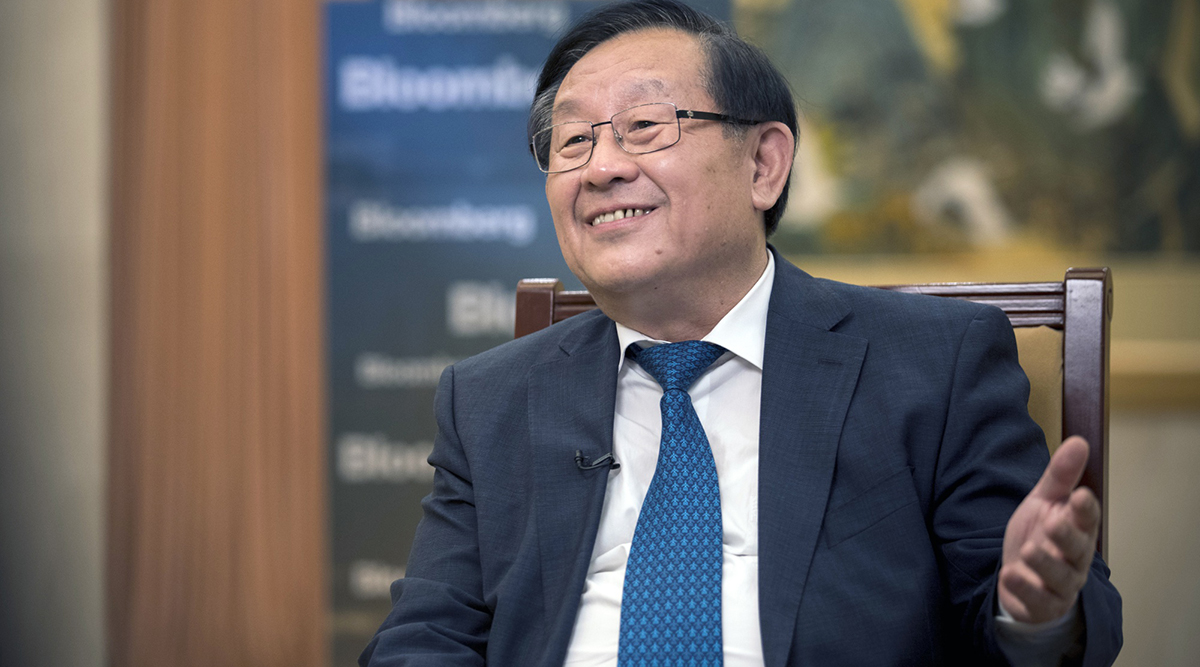 His vision to make China an electric-vehicle powerhouse revolutionized the global auto industry, cementing a move from the combustion engine. Now, Wan Gang says get ready for the next game-changing moment.

The world’s biggest car market is set to embrace hydrogen fuel cell vehicles the way it did EVs, Wan, who’s been called the father of China’s electric-car movement, said in a rare interview in Beijing on June 9.

A former Audi executive who went on to become China’s science and technology minister, Wan persuaded leaders two decades ago to bet on the then-untested technology of vehicle electrification, selling it not only as a way to boost economic growth but also to tackle China’s dependence on oil imports and its mounting levels of pollution. His strategy — using government subsidies to bring carmakers and drivers on board — made China home to one of every two EVs sold globally today.

“We should look into establishing a hydrogen society,” said Wan, 66, who now is a vice chairman of China’s national advisory body for policymaking, a role that ranks higher than a minister and gives him a voice in the nation’s planning. “We need to move further toward fuel cells.”

That means the government will commit resources to developing such vehicles, he said. While China plans to phase out the longtime subsidy program for the maturing EV industry next year, government funding for fuel cell vehicles may stay in place to some extent, Wan said.

Despite the backing of industry giants such as Toyota Motor Corp. and the benefits of fuel cell vehicles — they refuel faster and are more suitable for driving long distances than all-electric vehicles — the technology hasn’t caught on amid expensive prices.

But China has the muscle to change all that should it make hydrogen-powered vehicles a national priority — the type of turning point the industry has been waiting decades for.

We should look into establishing a hydrogen society. We need to move further toward fuel cells.

For Wan — a mechanical engineer trained in Germany — the shift toward hydrogen is a natural step in realizing a vision of having electric cars dominate inner-city traffic, while buses and trucks filled with hydrogen tanks roam the nation’s highways for long-distance travel.

The adoption of fuel cell vehicles has been slow in spite of China having an abundant supply of hydrogen, Wan said. Only about 1,500 such vehicles are in use there today, compared with more than 2 million purely electric vehicles, he said.

It’s not just China. Hydrogen fuel cells have struggled to gain traction worldwide not just because of high costs — one of the key components is platinum — but also because of the lack of infrastructure and the complexity of storing hydrogen.

Then there is the matter of hydrogen’s flammability, as evidenced by the recent fire at a refueling station in Norway.

“We will sort out the factors that have been hindering the development of fuel cell vehicles,” Wan said.

Efforts are underway in Japan, which plans to increase the number of fuel cell vehicles on its roads to 40,000 by 2020 — though Bloomberg estimates sales so far aren’t close to that target. In Europe, Daimler AG’s Mercedes-Benz unit rolled out a fuel cell version of its popular GLC SUV. In the United States, the California Fuel Cell Partnership is trying to promote the technology, with limited success.

Back in China, buses appear to be particularly ripe for fuel cells, which use a chemical process to convert hydrogen into electricity, emitting only water vapor. China is by far the world leader in using electric buses — accounting for 99% of them worldwide last year, according to researcher Bloomberg — but they mostly are used in cities for short distances. 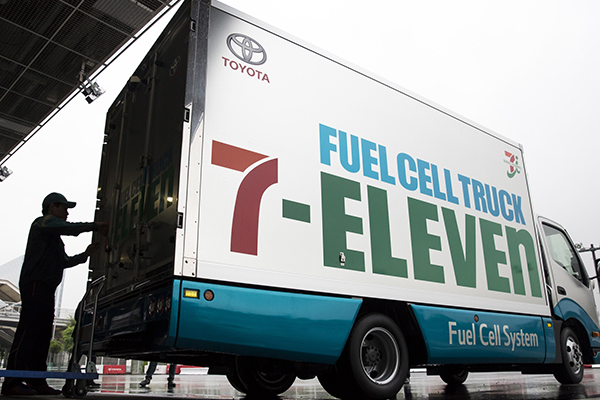 A driver opens the back door of a Toyota hydrogen fuel-cell truck in Tokyo on June 6, 2018. Toyota was set to introduce two hydrogen-powered trucks for deliveries to some 7-11 stores in Japan this spring. (Tomohiro Ohsumi/Bloomberg)

Hydrogen buses are capable of driving beyond 500 kilometers (311 miles) on a full tank, versus about 200 kilometers (124 miles) for electric ones. That presents a big opportunity because there are five long-distance buses in China for every inner-city one, according to Wan.

China is promoting the adoption of hydrogen vehicles in selected trial regions as it sets up an ecosystem that includes hydrogen production, storage, transportation and refueling, Wan said. Long-range commercial vehicles currently aren’t well-suited to run on batteries alone because of weight and range constraints, according to a Bloomberg report last month. Fuel cells would be a good bet should the government ease restrictions on hydrogen-refueling infrastructure.

Beyond hydrogen, Wan voiced skepticism about the notion that computers will completely replace the need for humans in the driver’s seat.

“I believe that people still want to drive or have a sense of control,” Wan said.

He also said he doesn’t envision China issuing a national ban on the sale of gasoline cars as provincial authorities will be left to make their own decisions. The current dual-credit system, which resembles the cap-and-trade systems being deployed worldwide for carbon emissions, will continue, but it will gradually be converted to a carbon trading system, he said.

China requires all carmakers to meet minimum requirements for producing new-energy vehicles, including fuel cell autos. Carmakers that don’t meet the quota can buy credits from rivals that exceed it.