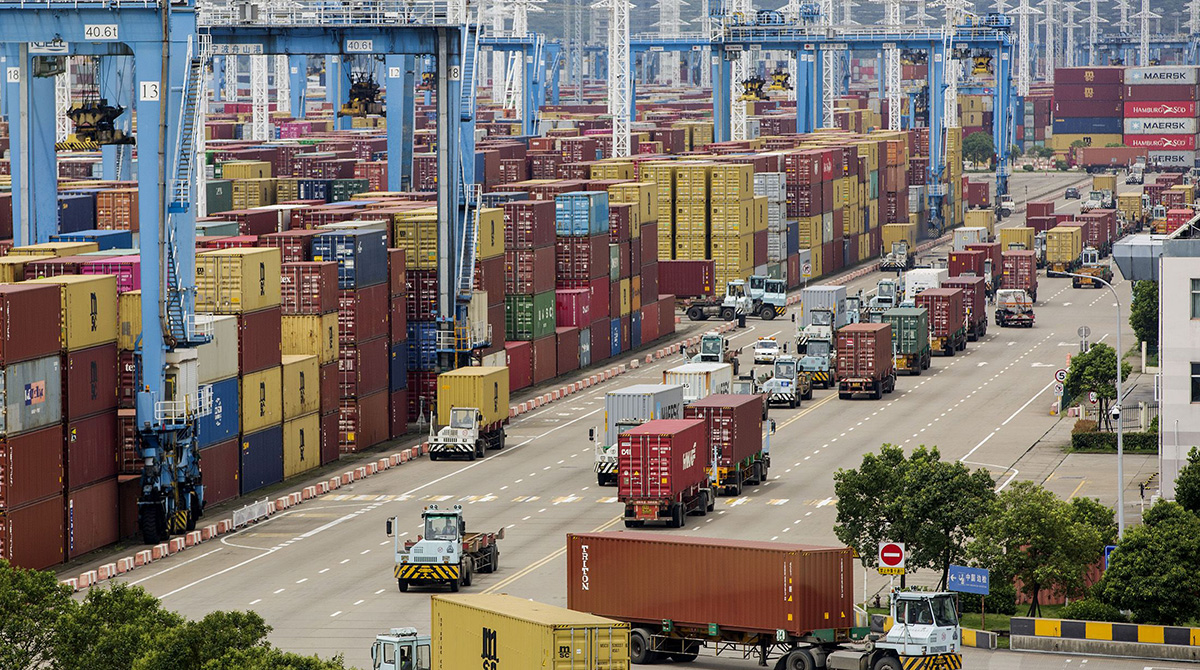 The terminal will start the resumption of normal operations Aug. 25, a port official said at a press conference in the city of Ningbo. The terminal was about a quarter of the Ningbo-Zhoushan port’s capacity and was shut from Aug. 11 after a worker was found to be infected with COVID-19.

The congestion and delays on global shipping routes due to COVID has only worsened this year as Chinese exports hit new records due to rising global demand. This was the second closure of part of a port in China this year due to a COVID outbreak, after the monthlong shutdown of Yantian port from late May.

With demand for vessels and containers rising this year and companies ramping up exports to Europe and the U.S. for the year-end holiday shopping season, even a limited closure of part of a port is costly for both shoppers and shippers. Even though the Meishan terminal was only shut for a few weeks, it will likely take a while for the congestion to ease.

It now costs almost $11,000 for a container to ship goods from Shanghai to Los Angeles, a new record and more than 220% higher than a year ago.

An outbreak at the cargo terminal at Shanghai’s Pudong International Airport is also disrupting air freight shipments. Five workers at the terminal were found to be infected with COVID last week, according to the China Daily, and the entire cargo zone at the airport was shut Aug. 20, the Global Times reported Aug. 22.

Cargo-handling “capacity has been cut by an estimated 80-90%. We anticipate congestion to continue through the week of August 30, with the hopes we can get back to ‘normal’ by early September,” according to Neel Jones Shah, executive vice president at Flexport Inc., a digital freight forwarder. “To keep goods moving, Flexport has been trucking significant quantities of client cargo from Pudong to Hong Kong.”