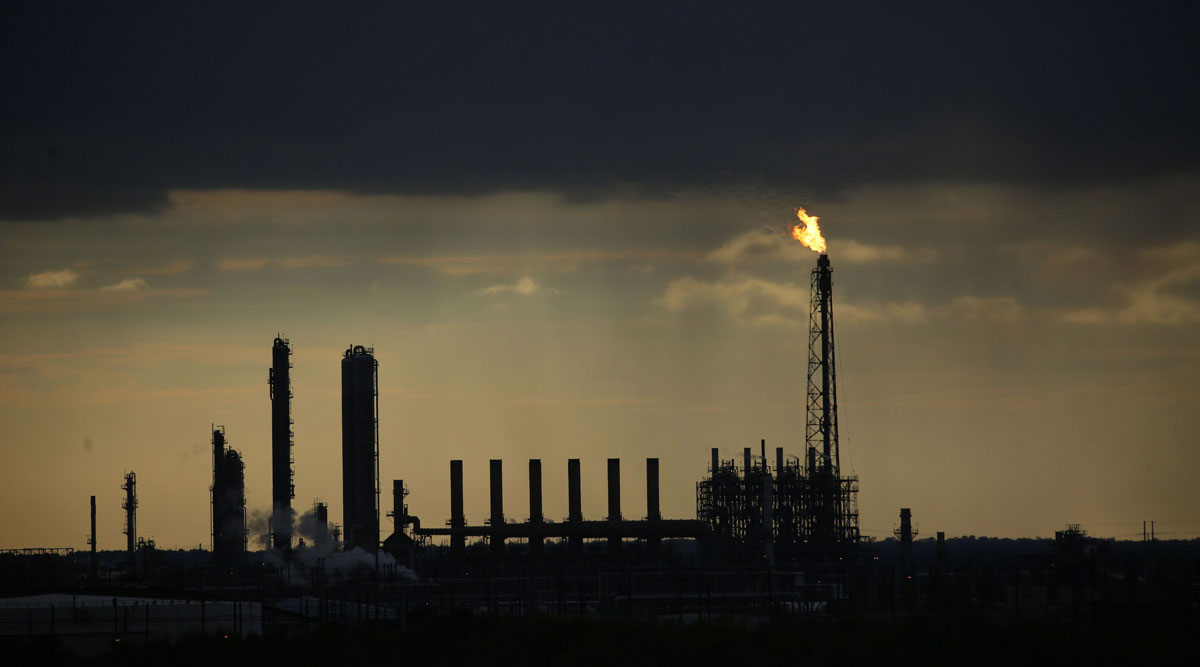 Gas flares at a Chevron plant in Port Arthur, Texas, on Aug. 25, before Hurricane Laura made landfall. (Luke Sharrett/Bloomberg News)

Chevron Corp. overtook Exxon Mobil Corp. as the largest oil company in America by market value, the first time the Texas-based giant has been dethroned since it began as Standard Oil more than a century ago.

California-based Chevron had a market capitalization of $142 billion at the close of U.S. trading on Oct. 7, compared with Exxon’s $141.6 billion.

The entire oil and gas sector is suffering from the plunge in energy prices this year caused by COVID-19. But Chevron has emerged with the strongest balance sheet among its Big Oil peers — it was able to complete its $5 billion acquisition of Noble Energy Inc. last week. Exxon, by contrast, is struggling to generate enough cash to pay for capital expenditures, leaving it reliant on debt and putting pressure on its $15 billion-a-year dividend. 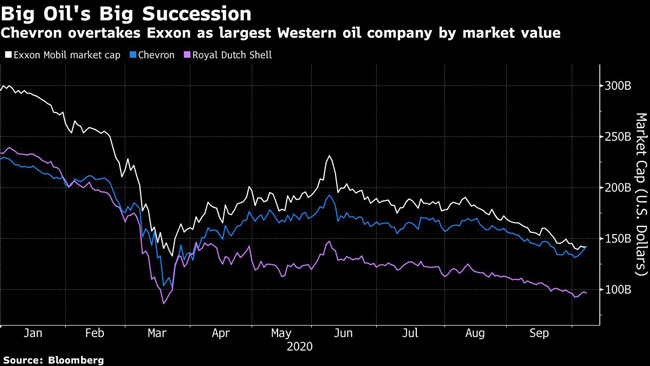 Chevron had been closing in on its long-time rival for more than a year, even before the pandemic crushed oil demand. CEO Mike Wirth has focused on Chevron’s shale operations, cutting costs and keeping a tight rein on new projects. Exxon pursued a series of expensive projects that promised growth after years of stagnating production, but which became a drag on its cash flow when the pandemic hit.

The American giants’ biggest European rivals, BP Plc and Royal Dutch Shell Plc, face problems of their own — their shares slumped after cutting their prized dividends earlier this year. Some analysts believe Exxon may be next in line to cut its payout. The U.S. company will be unable to fund its dividend without drawing down cash or selling assets before 2025, analysts at Goldman Sachs Group Inc. said in a note Oct. 6.