The California Hydrogen Business Council announced the appointment of Bill Zobel as its executive director.

Zobel joins CHBC after more than 10 years at Trillium, where he was vice president of business development and marketing and grew the company into a leading U.S. supplier of alternative transportation fuel, according to Yorba Linda, Calif.-based CHBC.

Zobel succeeds Jeff Serfass, who was appointed executive director of CHBC in 2012. 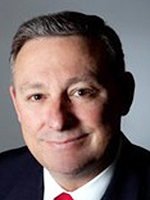 Serfass plans to continue his roles as president of Technology Transition Corp., the firm that provides staff support to CHBC, and as executive director of the Biomass Thermal Energy Council and president of the Hydrogen Education Foundation.

Trillium is a brand of the The Love’s Family of Companies.

CHBC consists of more than 100 companies, agencies and individuals involved in the business of hydrogen. — Transport Topics

Are Hydrogen-Powered Vehicles a Realistic Path to Clean Energy?