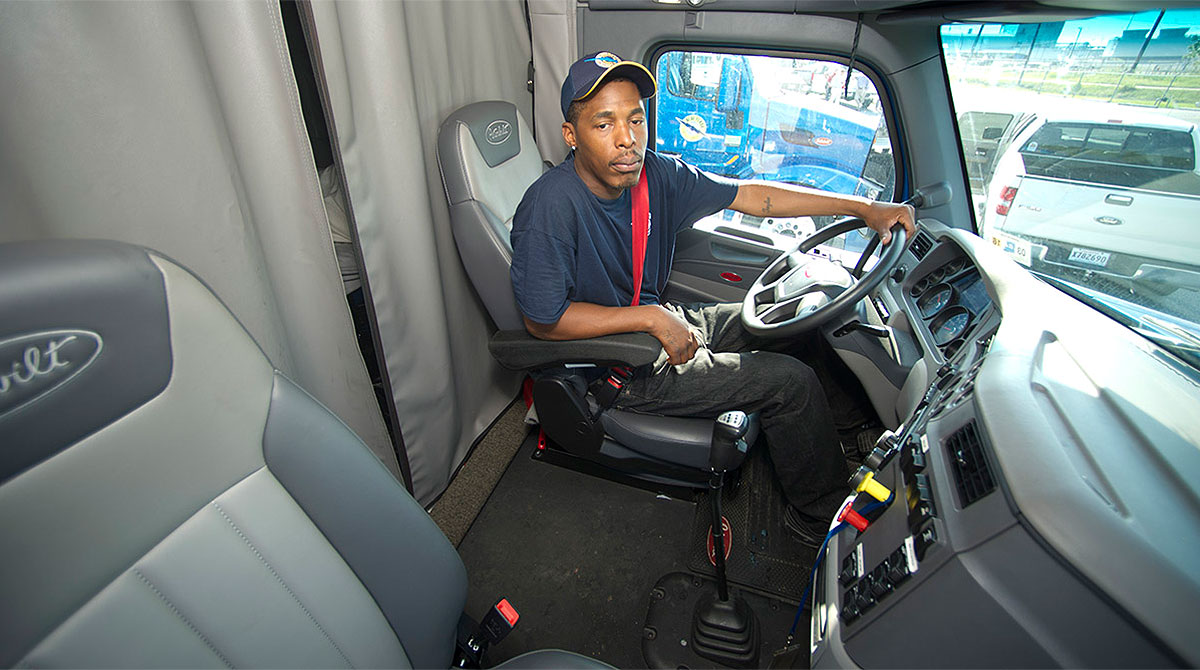 The need for truck drivers has spurred a number of carriers recently to raise compensation and entice qualified drivers to stick around. Trucking companies find themselves competing for talent as the unemployment rate hovers around 4%, the economy expands and the freight market moves at a boiling-hot pace.

For instance, the value of Truckstop.com’s Market Demand Index in March was near its all-time high, demonstrating an extraordinarily strong need for trucks and truck drivers.

In response, Memphis, Tenn.-based Intermodal Cartage Co. said it would give its drivers pay raises averaging more than 30% as of April 15. Intermodal is a division of IMC Cos., a national network of intermodal logistics businesses.

“Our goal is to retain seasoned drivers while attracting new talent to our growing industry,” IMC Chairman Mark George said. IMC ranks No. 84 on the Transport Topics Top 100 list of the largest for-hire carriers in North America.

Maverick Transportation raised the pay of its over-the-road, temperature-controlled division drivers by 5 cents a mile. The increase will take effect April 29 and bring starting pay from 51 cents to 55 cents per mile. Drivers in the division also are part of a $1,000 weekly minimum guarantee pay program, and the firm is offering a $5,000 sign-on bonus for drivers with at least one year of experience.

North Little Rock, Ark.-based Maverick USA Inc. implemented a 5-cents-per-mile increase for its flatbed and glass OTR divisions at the end of 2017. The company also offers a $5,000 sign-on bonus for qualified drivers with one year of experience.

“It’s a top priority for us to be on the leading edge of driver compensation,” Maverick President John Culp said. “If we can put more money in our drivers’ pockets, we do it.”

Southeastern Freight Lines, No. 29 on the for-hire TT100, is offering its more than 8,400 drivers access to the SmartDollar money management program from Dave Ramsey, a financial expert whose radio show runs on more than 600 stations nationwide. SmartDollar provides advice on getting out of debt, saving for college, planning for retirement and other essential money matters.

Houston-based Crestwood Transportation said it began on March 21 to pay tanker drivers in its central region with safe driving records and a minimum of two years behind the wheel starting pay between $80,000 and $85,000 annually.

“Safety is the No. 1 outcome we strive for, and we want to reward new and current drivers by paying them an excellent income for their safe driving records,” said Dave Renfrew, Crestwood director of driver resources. Renfrew reports the carrier’s central region covers eastern Pennsylvania, West Virginia, Ohio, Indiana, Illinois and Michigan.

Enid, Okla.-based Groendyke Transport announced it will launch in May the largest drive pay increase in the company’s 85-year history. The raise includes a pay increase across the board up to 6 cents per mile and an average hourly nonrevenue rate increase of 9.4% for all drivers in an effort to compensate them for wait times.

Groendyke also is in the midst of changing its flat pay rates for drivers of refined products at its 30 nationwide terminals. Groendyke operates a fleet of 900 company-owned tractors and 1,400 tank-truck trailers.

Hudson, Ill.-based Nussbaum Transportation recently announced that it had transitioned 35% of the company ownership to its staff through an employee stock ownership plan. Any employee on the payroll at the beginning of 2018 was eligible immediately for the ESOP, and future employees become vested after 1,000 hours of employment.