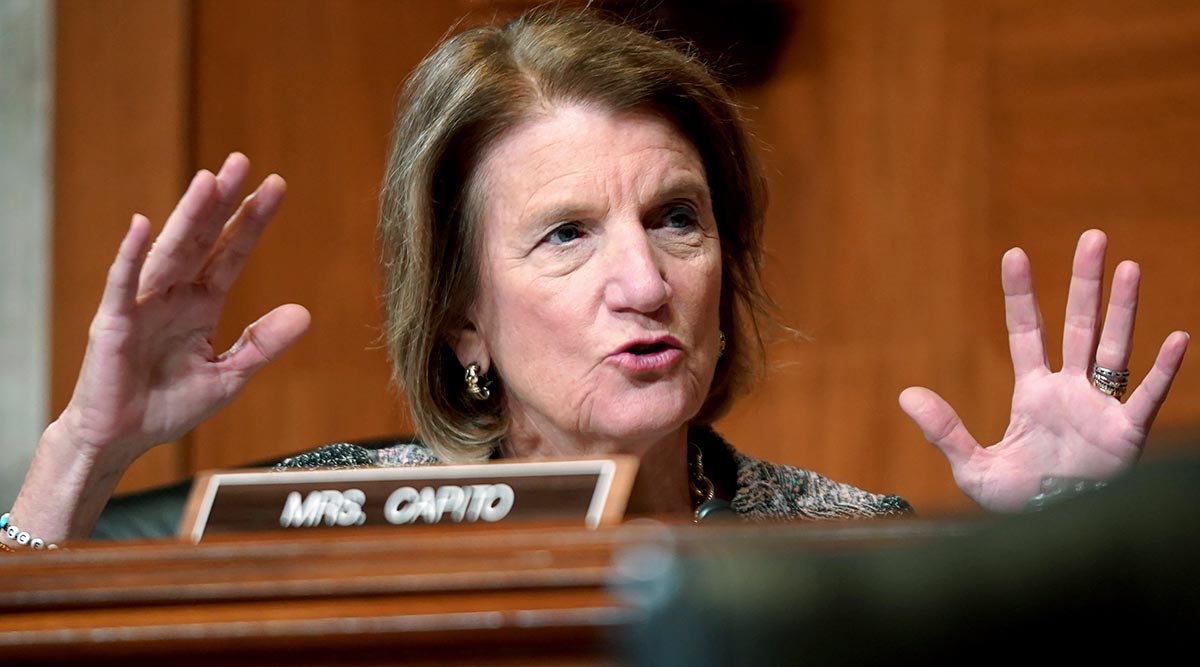 President Joe Biden and Senate Republicans have a greater than 50-50 chance of striking a deal on infrastructure, in the view of top GOP negotiator Sen. Shelley Moore Capito.

Capito, speaking in an interview on Bloomberg Television’s “Balance of Power” May 19, said the next two weeks will be critical in determining whether there will be a deal with the White House. She doubted, however, that a bill can make it through the House and Senate by a July 4 deadline proposed by House Speaker Nancy Pelosi.

“Next two weeks will probably be the critical time spot,” Capito said. But “right now it is hard for me to see July 4 as an end date,” she said.

The GOP is “moving up” from its initial $568 billion counteroffer, which included previously scheduled maintenance, Capito said, but she declined to give the new price tag. Republicans are increasingly open to spending on electric vehicle charging stations, Capito said.

“Our anticipation is that this would be a part of it,” she said of electric vehicle spending.

The group also discussed setting up an infrastructure bank or revolving fund to catalyze private investment and ways to boost public-private partnerships in order to fully pay for the spending in the plan, said Capito.

One of the ideas is to look at the 21 states that have cut supplemental unemployment benefits in recent weeks in response to labor shortages and whether those funds can be repurposed.

She said that nothing is off the table at this point with regard to funding mechanisms, in the talks with the White House.

Capito also said she expects the White House to respond to the GOP ideas, hopefully May 20 or May 21.