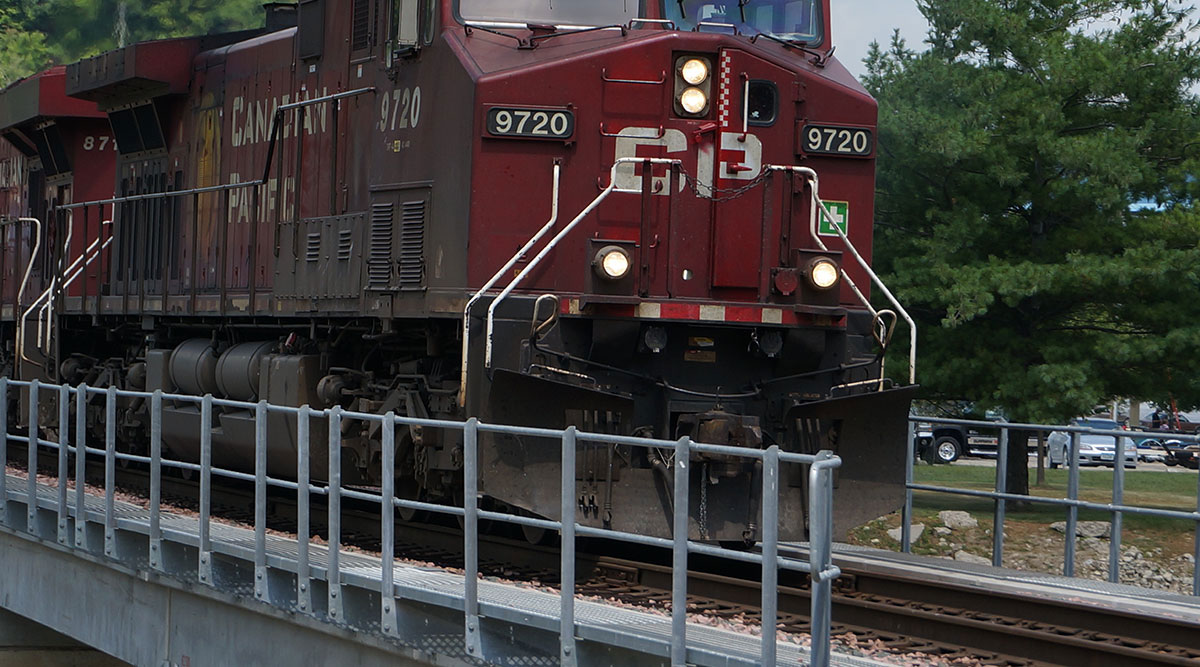 Canadian Pacific Railway Ltd. announced second-quarter revenues of C$1.75 billion, an increase of 7% from $1.64 billion when compared with the same period of 2017.

The company reported diluted earnings per share of $3.04, down 7% from 2017’s first quarter of $3.27 a share. The per-share numbers are being reported in U.S. dollars.

“It is an exciting time to be at CP as we are well-positioned for a strong second half of the year,” CEO Keith Creel said on a conference call with reporters July 18.

The company said its labor situation is dramatically improved after a May strike by 3,000 conductors and engineers temporarily shut down the railroad. The next day, CP and the International Brotherhood of Teamsters reached an agreement. CP said its overall employment numbers are up 5% compared with last year and that it now has 12,800 employees.

The Calgary, Alberta-based railroad said volumes as measured by revenue ton-miles increased 4% and carloads are up 2% compared with 2017.

“Our quarterly performance was impacted by service interruptions related to labor negotiations and strike notices,” Creel said. “However, we were able to reach tentative long-term agreements with both the Teamsters Canada Rail Conference and the International Brotherhood of Electrical Workers, which will serve the CP family, customers, shareholders and the North American economy well for years to come.”

While the company said its overall financial picture is improved when compared with 2017, fuel prices are up 48% from the same time in 2017. However, fuel consumption is down 2%.