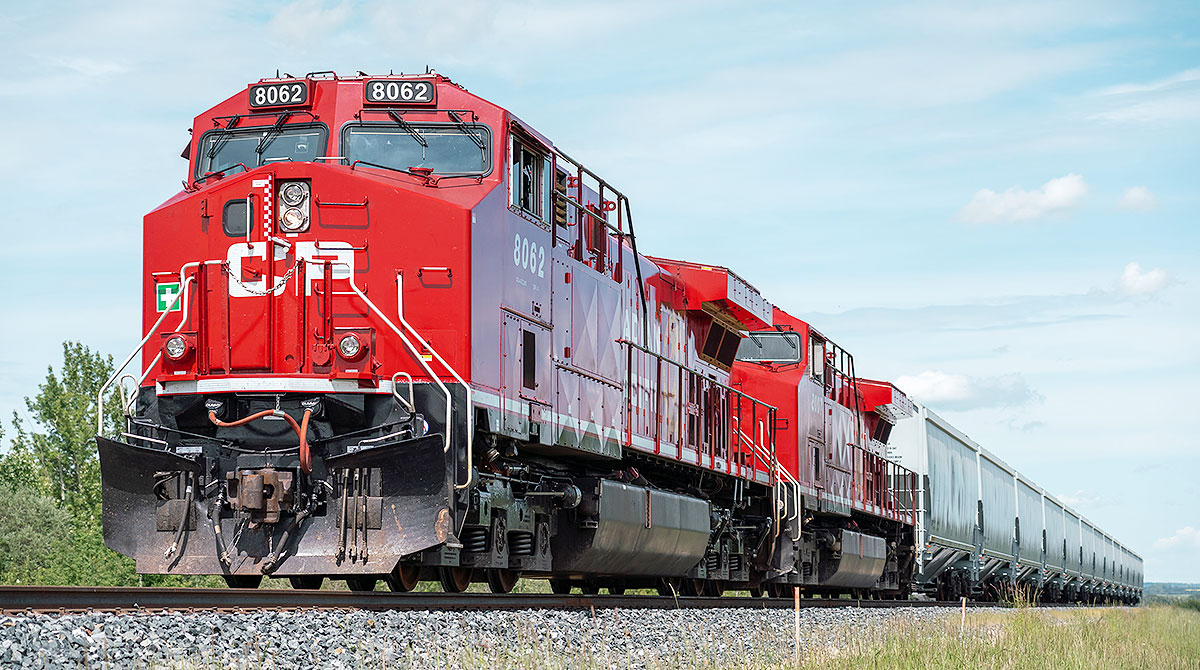 Canadian Pacific reported reduced first-quarter earnings April 21 as the railroad’s revenue was up 15.6% to C$2.04 billion compared with $1.77 billion in the same quarter a year ago.

The Calgary, Alberta-based transcontinental railroad reported net income was down nearly 5.8%, to C$409 million from C$434 million a year ago.

"These impressive Q1 2020 results are due to the efforts of our CP family, the leadership of our talented management team and strict adherence to the foundations of our precision scheduled railroading model," Keith Creel, CP President and CEO. $CP #ServiceExcellence #CPproud pic.twitter.com/SCuW51kYUe — Canadian Pacific (@CanadianPacific) April 21, 2020

CP continues to be one of several railroads embracing precision-scheduled railroading, which is designed to lower costs and improve overall efficiency by increasing the number of freight cars that are moving in the system on fewer trains.

“These impressive Q1 2020 results are due to the efforts of our CP family, the leadership of our talented management team and strict adherence to the foundations of our precision-scheduled railroading model,” CEO Keith Creel said. “The entire CP team is proud to deliver for our customers, shareholders and the broader economy today, and always.”

Still, company officials are beginning to sound the alarm over the coronavirus.

“Our operating team is tried and tested, and has shown exemplary leadership during a challenging period, including now managing the COVID-19 crisis,” Creel said. “The same operating model that produced record results for CP during good times now serves us well during challenging economic times.”

Revenue increased in seven of the nine freight sectors.: