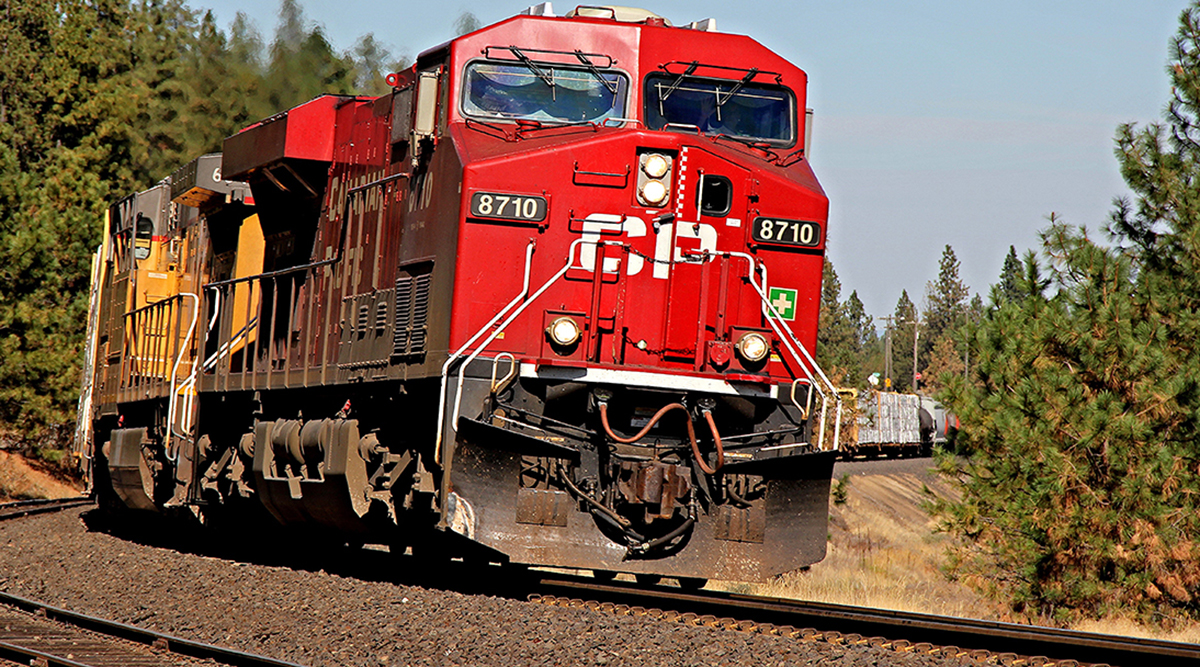 The strike by conductors and locomotive engineers began at 10 p.m. Eastern time, Teamsters Canada Rail Conference said in an e-mail statement May 29. Negotiations with the company are ongoing, Teamsters said minutes after Canadian Pacific reached a tentative three-year agreement with a smaller union, the International Brotherhood of Electrical Workers.

The labor conflict at Canada’s No. 2 railroad will sharpen freight congestion in an economy already buffeted by logjams at larger rival Canadian National Railway Co. Teck Resources Ltd., Canada’s biggest diversified miner, and potash producer K+S AG are among the companies that rely on Canadian Pacific to move their goods.

Over 3000 workers at CP went on strike at 2200 ET. We are taking a stand against an abusive employer & a culture of fear. #canlab // Plus de 3000 travailleurs du CP sont en grève depuis 22h HE. On lute contre un employeur abusif & un climat de terreur. #syndQc pic.twitter.com/WMu58fS4Q0 — Teamsters Canada (@TeamstersCanada) May 30, 2018

While the railroad has pledged a smooth wind down of operations, “we can’t imagine that shippers will take these assurances in stride following the subpar rail service this past winter — particularly those in the grain, oil and lumber industries,” Credit Suisee Group AG analyst Allison Landry said in a note to clients shortly before the stoppage. “We wouldn’t be surprised to see swift government action.”

The dispute presents Trudeau’s Liberal Party government with its first major challenge on the labor front since the 2015 federal election. Trudeau said he wouldn’t be as quick as his Conservative Party predecessor to intervene — and could even use legislation to force the railway to consider workers’ demands.

“We believe deeply in working things out at the bargaining table,” Trudeau said in an interview with Bloomberg’s Stephanie Flanders on May 29. “We have companies that have gotten used to the fact that in certain industries, the government in the past was very quick to legislate against unions. We are not going to do that.”

The Mining Association of Canada called on the government to impose binding arbitration immediately and to make it a required step in future disputes. The strike threatens the Canadian economy and will be “seriously harmful” for the country’s mining sector, which accounts for almost a fifth of the value of exports, The Mining Association of Canada CEO Pierre Gratton said in a statement.

“The economy can ill afford the effects of a protracted labor dispute that grinds a half of Canada’s rail freight capacity to a halt,” Gratton said. Following on the heels of recent and ongoing rail freight service disruptions, it also tarnishes the country’s reputation as a reliable trading partner, he said. Mining accounts for more than 50% of annual freight revenues for Canada’s rail system, according to MAC.

Trucking companies benefited, and their activity increased as a result.

Teamsters Canada is committed to working with federal mediators and reaching a negotiated settlement, the union said in its statement. The union also said it is willing to remain at the bargaining table during the strike.

About 98% of Teamsters members rejected the company’s latest contract proposal, the union said May 25.

The Teamsters have accused Canadian Pacific of “systematically bullying” workers and pushing them to work “well beyond their point of exhaustion.” Canadian Pacific has declined to comment on the allegations.

Adjusted operating ratio, an industry benchmark of efficiency that compares expenses with revenue, improved to 58.2% — the best performance in company history.

In February 2015, when Canadian Pacific was hit by a strike, the federal government was getting ready to draft back-to-work legislation when both sides agreed to go into mediated arbitration after a one-day walkout by Teamsters Canada members.

Canadian National won’t be able to pick up the slack if Canadian Pacific is hit by a lengthy disruption, CEO Jean-Jacques Ruest said May 29.

“We don’t have much capacity,” Ruest said in an interview.

“We already have obligations to our existing accounts, and these don’t change. They are our priority No. 1. Our railroad is producing more and more capacity on a year-over-year basis, but no railroad can replace the other railroad.”