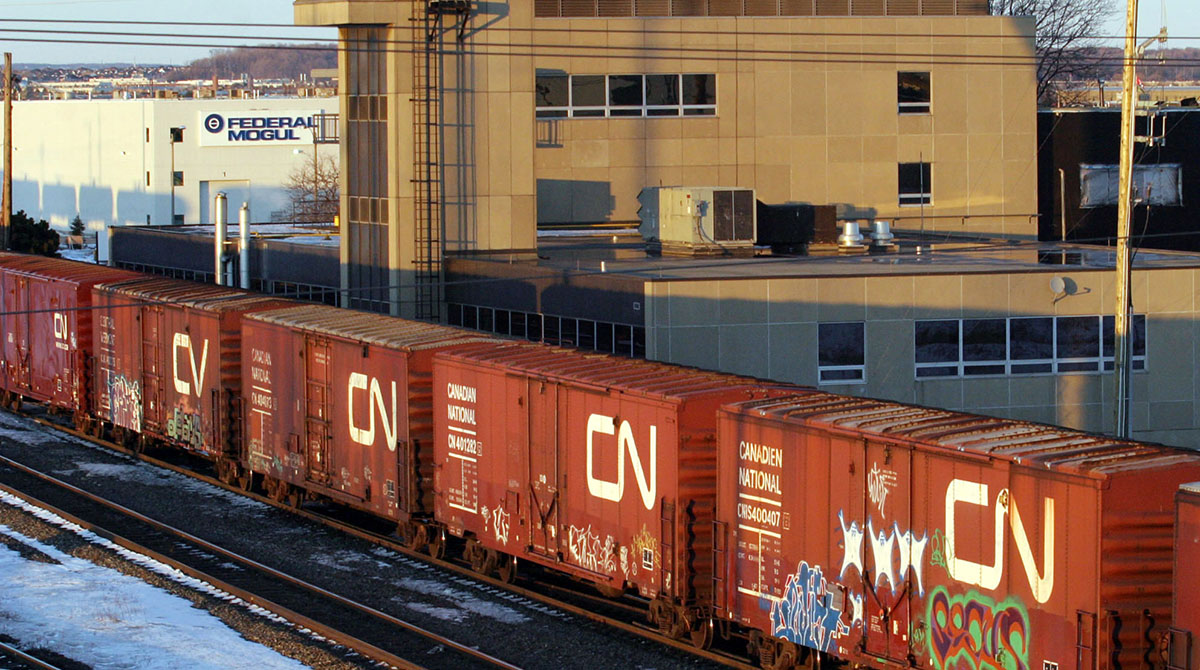 Canadian National Railway Co. will likely top C$3 billion ($2.3 billion) in capital spending for the second straight year in 2019 as it aims to speed up trains and capture rising demand for freight such as grain and crude oil, its top executive said.

“We want to deploy capital for profitable growth,” interim CEO Jean-Jacques Ruest said May 28 in an interview at his Montreal office. “Definitely at this point, our view is there is quite a bit of profitable growth available in 2019 and 2020, especially ’19, so the capital envelope for next year will likely be on the high side.”

CN is spending about 25% of its revenue on expansion this year, and probably will be in the range of 23% to 25% for 2019, he added. Based on the average analyst forecast of C$14.5 billion in revenue for next year, that would represent capital expenditures of as much as C$3.63 billion.

Ruest took over from Luc Jobin in March after the company proved unable to cope with a surge in freight traffic. Revenue jumped 8.3% last year to a record C$13 billion.

Despite the service issues, customers are continuing to turn to Canadian National. Revenue-ton-miles — a measurement of freight carried — are up 12% this month through May 24 after advancing 5% in April, Ruest said. The stock also has rebounded, reaching a record closing high of C$108.99 on May 25.

Investors and customers should start seeing the benefits of the company’s infrastructure push in the fourth quarter, Ruest said.

“Right now our volume is up and capacity is up, but the network hasn’t picked up much velocity,” he said. “As we get to the end of the fall, the network construction will be completed and we will also be able to get back our velocity, which will help us on costs.”

Canadian National said May 24 it plans to acquire 1,000 so-called hopper cars over the next two years to start renewing its grain-hauling fleet. The new cars have 5,431 cubic feet of capacity, about 10% more than existing hoppers.

Half the cars — to be built by National Steel Car Ltd. in Hamilton, Ontario — will be delivered in 2019, with the rest set to be shipped the following year.

“Our objective is to increase the amount of grain we do in total,” Ruest said. “This is just one of the many elements that will get us to the point where we can carry more grain to the coast,” he said, citing new rail sidings and locomotives as other key drivers of the planned increase in volumes.

Canadian National has fulfilled all of its grain orders from Western Canada for the past four weeks, Ruest also said.

Grain and fertilizers typically represent Canadian National’s second-largest line of business, having contributed C$2.21 billion in revenue last year, or 17% of total sales. Intermodal, or container cargo, was the biggest revenue generator in 2017 at C$3.2 billion.