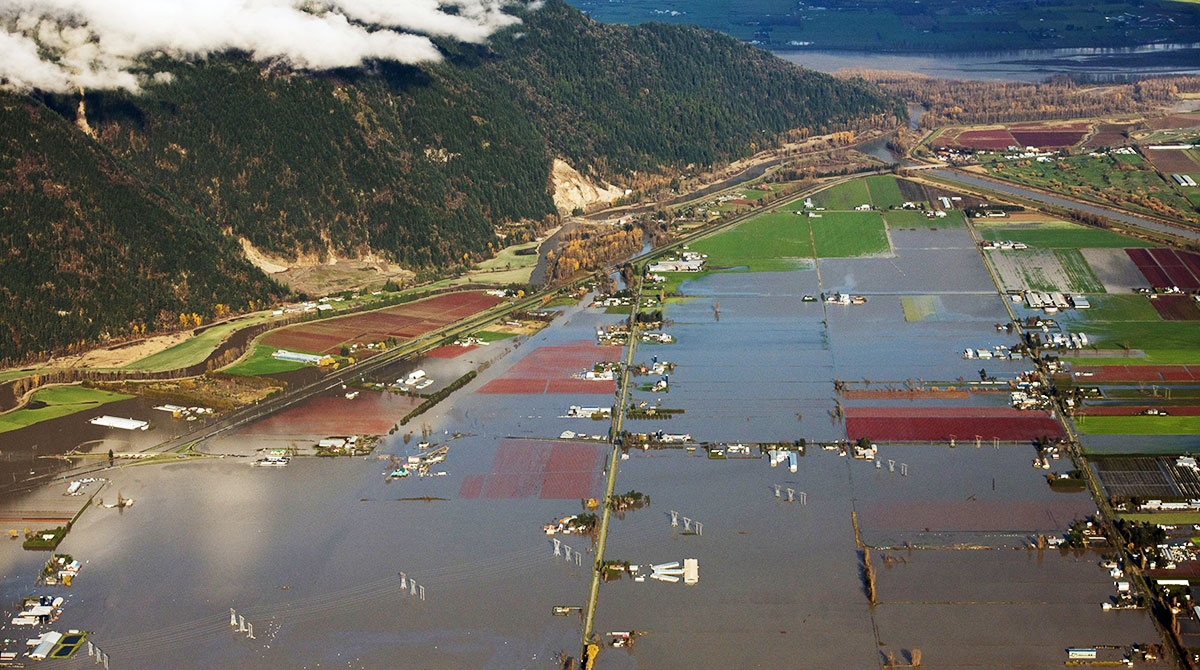 The flooded Sumas Prairie and Highway 1 in, British Columbia, Canada. The government has pledged to help the province rebuild its damaged infrastructure after major flooding. ( James MacDonald/Bloomberg)

West Fraser Timber Co. Ltd., one of Canada’s largest lumber producers, said shipments plunged about 25% to 30% in the second half of the month following severe flooding in British Columbia.

The company’s pulp shipments have averaged less than 20% of normal volumes, it said Nov. 30 in a statement. It has reduced operations scheduled at various west Canadian locations.

“While West Fraser is utilizing alternative transportation routes and methods to the extent they are available to continue servicing customers, the magnitude and duration of the impact from current weather events remains uncertain,” it said.

This morning, the #GOESWest  is monitoring the Pacific Northwest and Canada as a series of weather systems bring more periods of heavy rain. There will be a continued threat for flooding and potential landslides across western Washington today. #WAwx pic.twitter.com/xVOc1VDNcC

British Columbia on Nov. 29 extended a state of emergency and fuel rationing until mid-December as it braces for more heavy rain. Parts of the province are still struggling with damage from floods and landslides that closed highways and railways two weeks ago, sharply reducing the flow of goods like grain and lumber to Canada’s biggest port in Vancouver.