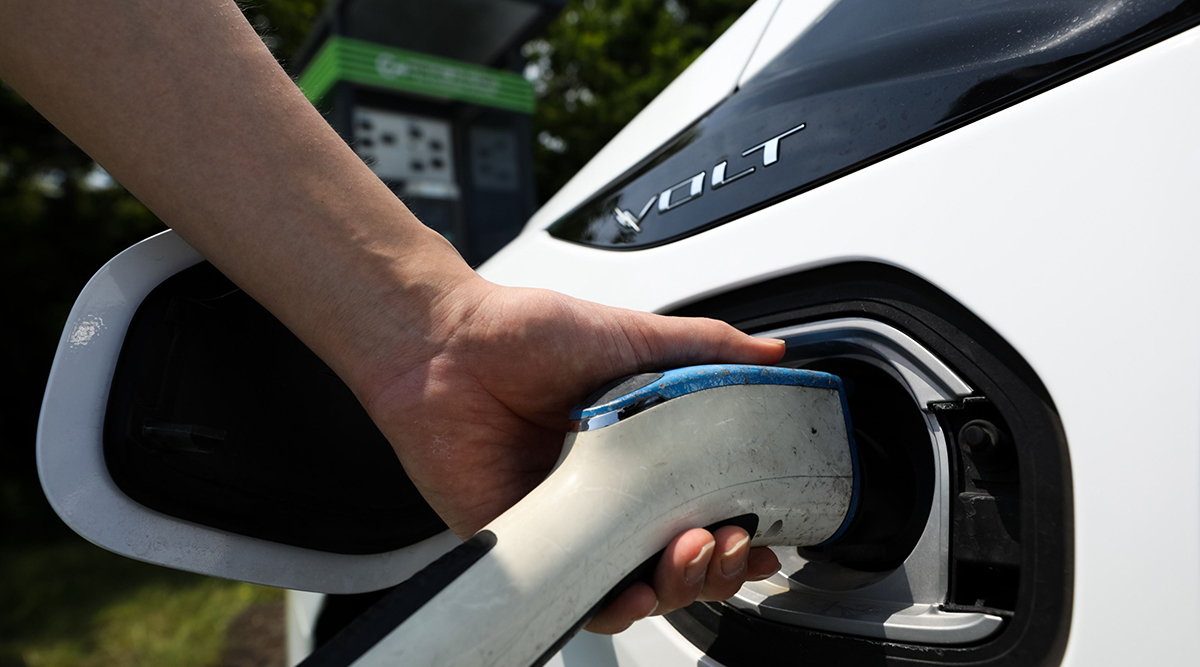 A charging plug is connected to a Chevrolet Volt. (SeongJoon Cho/Bloomberg News)

Canada, a major car and parts producer, is bolstering its battery and electric vehicle supply chain to ensure future growth for its vital $10 billion auto industry.

On March 7, General Motors Co. and Posco Chemical Co Ltd. announced a $400 million investment in a new Quebec facility to produce cathode active material, which represents about 40% of the cost of EV battery cells. Last week, German chemical giant BASF SE said it acquired a site for a battery materials facility in the province, taking advantage of Quebec’s hydroelectric power to reduce its carbon footprint.

“This makes sure that Canada will be part of a larger ecosystem of electric vehicles in North America,” Industry Minister Francois-Philippe Champagne said in a phone interview late March 4. “The world starts to understand that it doesn’t make sense to mine minerals in Africa and refine them in China and then to produce them with coal when it comes to batteries.” 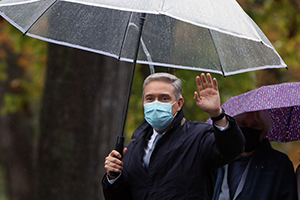 Canada has been positioning itself to be one of the key suppliers of green aluminum and steel, Champagne said, and it’s now turning its focus to battery components. The country hopes to capitalize on its supply of critical minerals needed for electric vehicles — including nickel, lithium and graphite — to attract investors.

The auto industry accounts for 10% of Canada’s manufacturing output and supports half a million workers, so a transition from the production of traditional combustion engines to electric and green vehicles is a pressing issue for the government. Over the next several years, “multibillion-dollar investments” in these subsectors will help “build a new industry that didn’t exist in Canada,” Champagne said.

“We have talented workers, the skills, the know-how, the expertise,” he said. “This is securing these jobs for generations to come because we all know that we’re moving to electric vehicles.”

Prime Minister Justin Trudeau’s government plans to unveil its emissions reduction plan this month, outlining how it will meet its goal of cutting emissions 40% to 45% below 2005 levels by 2030. The plan is expected to cover a wide range of sectors, including the oil and gas and transportation industries, which are responsible for half of the emissions.

Amid Russia’s invasion of Ukraine, surging energy prices and concerns over the global oil and gas supply, Canada stood out as a “very attractive jurisdiction,” Champagne said, adding that European and Japanese auto companies are exploring more investments in the country.

“This is a testament that Canada stands for stability, predictability and the rule of law in a world where there’s a lot of uncertainties and political challenges,” he said.