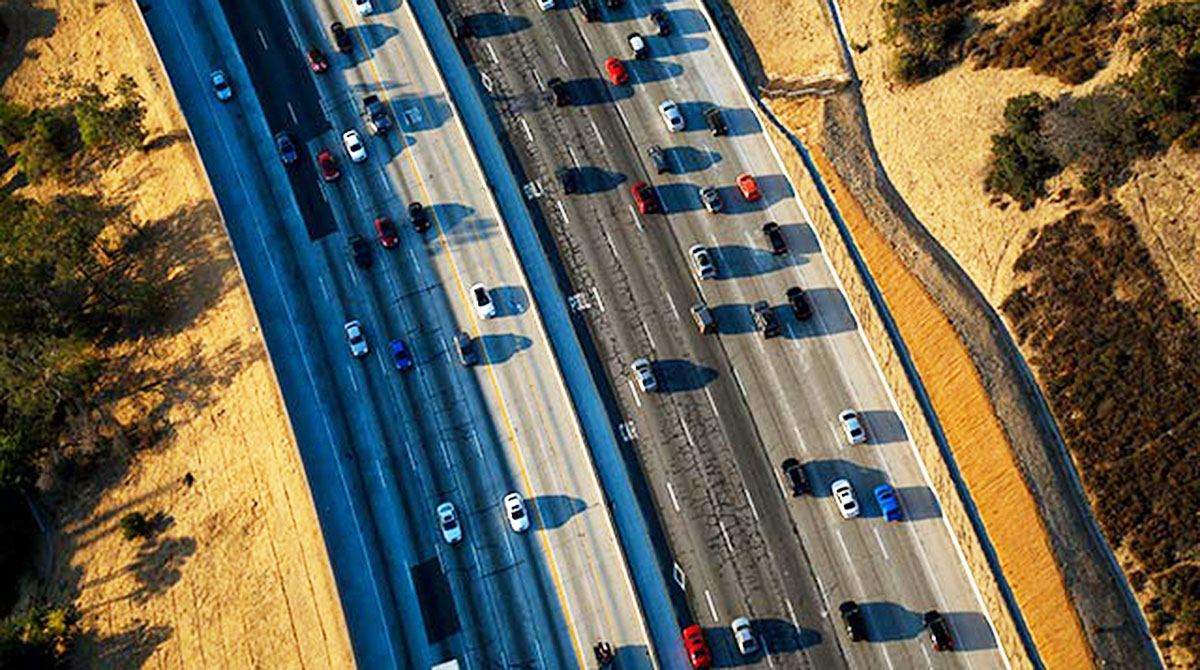 I-405 in Los Angeles by Patrick T. Fallon/Bloomberg

Trucking fleets in California are stepping up the fight against a new state labor law that opponents say would prevent thousands of motor carriers from contracting with owner-operators.

The California Trucking Association on Nov. 12 amended a federal lawsuit it originally filed in October 2018. The amendment was in opposition to California Assembly Bill 5, which will require an “ABC” test be used to determine whether a worker is an employee or independent contractor. The amendment was filed after California Gov. Gavin Newsom on Sept. 11 signed the bill into law, a move that raised the stakes for the trucking industry. 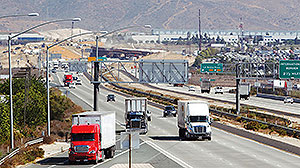 “AB 5 threatens the livelihood of more than 70,000 independent truckers,” Shawn Yadon, CEO of CTA, said in a statement. “The bill wrongfully restricts their ability to provide services as owner-operators and, therefore, runs afoul of federal law.” The amendment filed by CTA seeks declaratory and injunctive relief that would prohibit California Attorney General Xavier Becerra from enforcing the law.

In signing AB 5 into law, Newsom told legislators the bill was “landmark legislation for workers and our economy.”

The ABC test requires that for a worker to be considered an independent contractor, the worker must satisfy all three parts:

A. The person is free from the control and direction of the hiring entity, both in contract and in fact.

B. The person performs work that is outside the usual course of the hiring entity’s business.

C. The person is customarily engaged in an independently established trade, occupation or business of the same nature as the work performed.

It has been the B prong that has most concerned motor carriers, which have indicated the test makes it difficult or impossible to engage independent contractors for work.

“Plaintiffs suffer irreparable harm from the existing and future enforcement of the ABC test,” the lawsuit said. “Such irreparable harm to the CTA motor carriers includes, but is not limited to, civil and criminal liability authorized under the California Labor Code and Wage Order No. 9, costly litigation, including class actions initiated by private parties who claim to be improperly classified as independent contractors, and being compelled to cease providing to their customers the trucking services which can be afforded only by specialized independent owner-operators.”

The law is the latest development related to independent contractors in California, after new state administrative labor requirements were upheld in April 2018 by the California Supreme Court in the Dynamex Operations West Inc. v. Superior Court case.

Two independent owner-operators are also listed as plaintiffs with CTA in the lawsuit. Both Ravinder Singh of Fremont and Thomas Odom of Madera have contracts with and are treated by motor carriers as independent contractors, and not employees, the lawsuit said.

In the suit, plaintiffs argue that the classification test in the Dynamex decision and codified by AB 5 is pre-empted by the supremacy and commerce clauses in the U.S. Constitution and is in direct conflict with the Federal Motor Carrier Safety Act and the Federal Aviation Administration Authorization Act of 1994. The federal pre-emption clause generally prohibits state laws from interfering with trucking services that directly impact carriers’ services, routes and prices.

The lawsuit contends that independent contractors are essential for carriers to meet the fluctuating demand for highly varied services, and motor carriers contract with owner-operators to provide trucking services.

“Because the demand for shipment of goods fluctuates depending on the season, consumer demand, overseas orders, natural disasters, type of truck and a multitude of other factors, many motor carriers depend on the use of individual owner-operators to provide consistent, uninterrupted, skilled, and specialized trucking services to their customers,” the lawsuit said.

“With more than 350,000 independent owner-operators registered in the United States, the new test imposes an impermissible burden on interstate commerce under the U.S. Constitution’s commerce clause and infringes upon decades-old congressional intent to prevent states from regulating the rates, routes and services of the trucking industry,” Roginson said in a statement.

The complaint also asks the court to issue a declaration that California’s meal-and-rest-period requirements be pre-empted and not be enforced with respect to drivers of property-carrying commercial motor vehicles subject to federal hours-of-service rules.