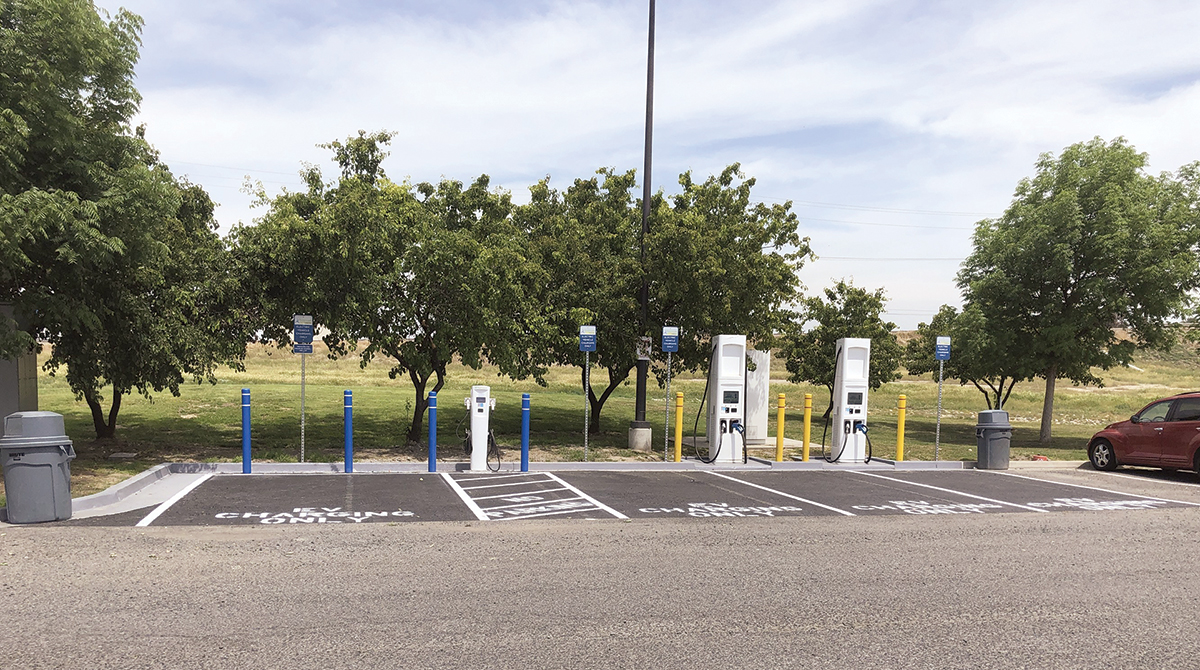 California is by far the national leader in enabling the use of electric cars and medium- and heavy-duty electric trucks, according to a state-by-state evaluation of electric vehicle policies and practices compiled by a leading nonprofit energy efficiency group.

“The State Transportation Electrification Scorecard finds that California is the only state to set deadlines for electrifying transit buses, heavy trucks and commercial vehicles,” said the report from the American Council for an Energy-Efficient Economy. “The state is also one of few to offer assistance for lower-income drivers replacing older, high-polluting cars with zero- or near-zero-emissions vehicles, and it plans to deploy chargers in economically distressed and environmental justice communities.”

ACEEE is a nonprofit that aims to act as a catalyst to advance energy efficiency policies, programs, technologies, investments and behavior.

“States are in varying stages in their transportation electrification journeys,” Shruti Vaidyanathan, ACEEE’s transportation program director, said at a Feb. 3 news conference introducing the report. “Electric vehicles make up just 2% of the American vehicle market. Many [states] are still grappling with the best ways to encourage their uptick in a relatively nascent market.”

However, the report said that electric vehicle sales have climbed steadily since 2010, and as of August 2020 there were more than 1.5 million of them on the road in the U.S.

The group’s Transportation Electrification Scorecard evaluated the progress that state legislatures and agencies are making to implement policies to scale up deployment of light-duty electric vehicles and heavy-duty electric vehicles — large commercial vehicles, such as freight trucks and buses — and the necessary charging infrastructure for personal, commercial, fleet and public transit use.

The report said that New York was the second-highest ranking state and the top scorer in the Northeast.

“It has a strong set of incentives for individuals and fleet owners to purchase electric vehicles, and the state and utilities incentivize installing charging infrastructure,” the report said. “The states’ utilities have also targeted more than one-quarter of the investment in their electric vehicle infrastructure program toward lower-socioeconomic and disadvantaged communities.”

Washington, D.C., ranked third in the scorecard. The group said the nation’s capital is a leader in setting ambitious goals for the deployment of personal electric vehicles, together with strong investment in electric transit buses, producing significant development of charging options.

Maryland and Massachusetts ranked fourth and fifth in the 176-page report.

BREAKING: Several states are taking comprehensive steps to help residents & businesses use & charge #electricvehicles but many others have done little to reduce barriers. Learn more in the first 50-state #EVscorecard: https://t.co/3Q5kvbpKwO

The group said Colorado earned the highest score in the Southwest; it has adopted a goal of having 940,000 electric vehicles on its roadways by 2030. Lawmakers there adopted incentives for electric vehicles charging investments and required utilities to file plans for EV charging infrastructure. Regulators recently approved a utility plan to install approximately 20,000 chargers throughout the state.

Minnesota was the top scorer in the Midwest, where regulators issued guidelines on utilities’ investment in charging stations, bringing $23.6 million in funding, with more proposed. The state has signaled its intent to adopt California’s zero-emission vehicle program for personal vehicles.

Virginia performed best in the Southeast, with solid incentives for electric trucks and buses, time-varying electric rates for home and workplace chargers, and steps to decarbonize the electric grid, the scorecard report said.

The scorecard was based on information collected from centralized databases and information sources, additional internet research and feedback from subject matter experts and state contacts during an external review process.

It noted that most of today’s electric vehicles cause significantly fewer emissions overall than their gas-powered counterparts, and many have lower lifetime ownership costs, due to low fueling and maintenance expenses.

“But the higher initial purchase cost and lack of access to vehicle charging remain barriers for many households and fleet owners — obstacles some states are mitigating by offering incentives to buy electric vehicles, adding more charging options and setting lower electric rates at preferred charging times,” the report said.