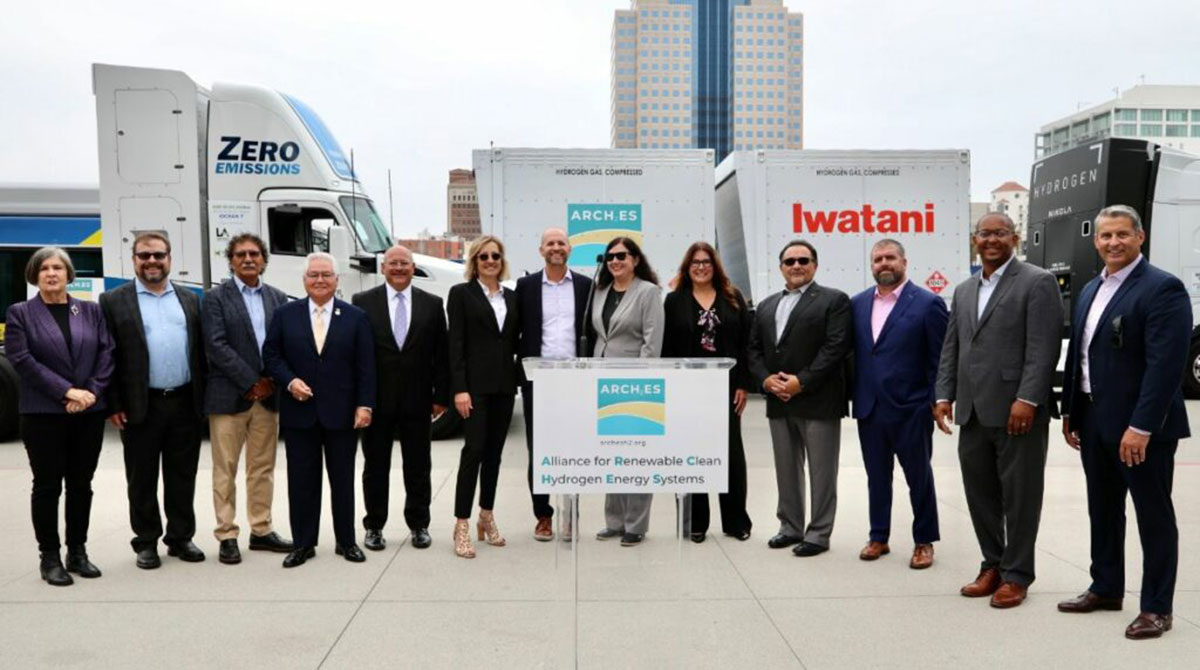 California Gov. Gavin Newsom has established a broad statewide alliance to apply for a stake of $7 billion in federal grants earmarked for national hydrogen hubs rather than forming regional partnerships with other governors.

Alliance for Renewable Clean Hydrogen Energy Systems (ARCHES) is a nonprofit public-private partnership recently launched by Newsom’s Office of Business and Economic Development (GO-Biz), the president’s office of the University of California, state and local officials and others.

“We’re taking our ambition and putting it into action and that includes deploying clean fuels like renewable hydrogen,” Newsom announced in an Oct. 10 video message about the launch. “With ARCHES, California is more than ready to get in on the action.”

Today, we look ahead to delivering results for all Californians – clearer air, better jobs & greater resilience as we face climate change.

He described ARCHES as a powerhouse collaboration that is working on a hydrogen hub application to the U.S. Department of Energy in an effort “that can bring in as much as $1.25 billion in federal investment” to the state.

ARCHES will be governed by a board and key advisory committees, including environmental justice groups, organized labor, cities, public sector projects and private industry representatives. Members include the state transportation agency, energy commission and air resources board as well as the Port of Long Beach and cities of Carson, Lancaster, Long Beach and Lodi.

Robert Garcia, mayor of Long Beach, spoke of his support for the alliance and belief that hydrogen “presents a tremendous opportunity.”

We are thrilled to be part of ARCHES and development of a CA #HydrogenHub -- it will directly support our zero-emissions goals. Thank you to all our ARCHES partners for making the announcement today at the #portoflongbeach. https://t.co/jWXn5H3sr2 @CAGoBiz @LongBeachCity pic.twitter.com/DCZacDfr4g — Port of Long Beach (@portoflongbeach) October 6, 2022

Los Angeles Mayor Eric Garcetti described his city as being “ground zero” in creating solutions to combat the climate crisis.

“Having one statewide application sends a signal to DOE — California is serious about working together to build our hydrogen economy,” said Dee Dee Myers, GO-Biz director and senior adviser to Newsom.

We're proud to support the state of California's market transition to a clean #Hydrogen economy. It was an honor to participate in the announcement of ARCHES, a partnership designed to accelerate hydrogen deployment and #decarbonization in California and showcase... pic.twitter.com/WD3T1seyqs — Nikola Motor Company (@nikolamotor) October 10, 2022

“Matching the scale-up of clean hydrogen production to a growing regional demand is a key pathway to achieving large-scale, commercially viable hydrogen ecosystems,” according to a DOE funding notice. It stated that hydrogen hubs are to demonstrate low-carbon intensity and economically viable hydrogen-based energy ecosystems that can replace existing carbon-intensive processes.

DOE will solicit proposals for each of the program’s four phases in establishing hydrogen hubs. The first phase will involve initial planning and analysis to ensure projects are technologically and financially viable. The second phase calls for finalizing engineering designs and business development, site access, labor agreements, permitting and community engagement to prepare for construction activities in Phase 3.

The final phase will deal with full operations and data collection to analyze hub operations, performance and financial viability.

Mining Companies Team Up to Wean Themselves Off Diesel Trucks