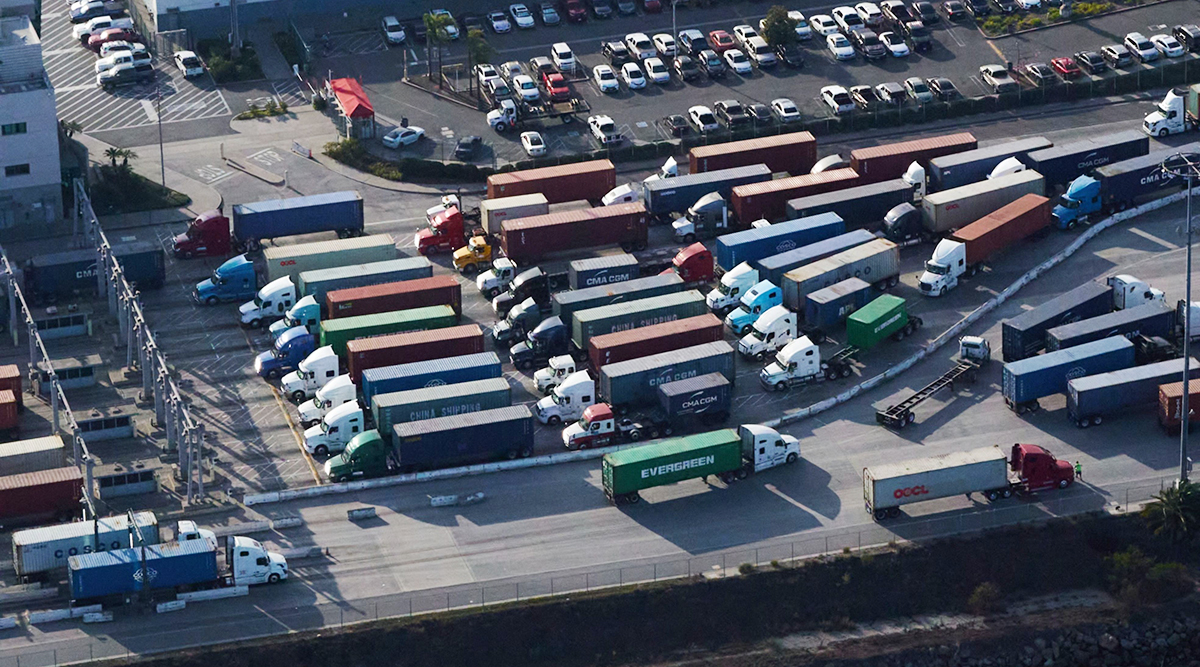 California will increase weight limits for trucks carrying goods in and out of its ports in an effort to ease supply chain bottlenecks and clear containers off the docks of Los Angeles and Long Beach.

Starting Nov. 17, the state will issue temporary permits that will bring weight restrictions for trucks to 88,000 pounds, up from 80,000 pounds, Gov. Gavin Newsom said at a briefing with reporters at the Port of Long Beach. The extension will apply through June 30.

“While that might not pose an immediate relief on the retail front, it will have a substantial benefit on industrial and manufacturing cargo and containers that will make their way into the ports of Long Beach and L.A.,” Newsom said.

Local officials have been working with a Washington-led task force to address the supply chain crisis at the two Southern California ports, the largest in the U.S. Other measures to speed up the handling of goods include plans to operate around-the-clock and extra fees on containerships sitting on the docks for too long.

Newsom also said that California will be aggressive in its bid to get funds from the infrastructure bill signed by President Joe Biden this week, saying the most-populous state should get a bigger share of federal dollars. The legislation will distribute $17 billion for port infrastructure, according to the White House.

“We’re going to be bold, and we’re going to demand our fair share of investment,” Newsom said. “Look at how much money the Port of Savannah received over the course of the last few decades and how little money we received here in L.A. and Long Beach despite our dominance.”