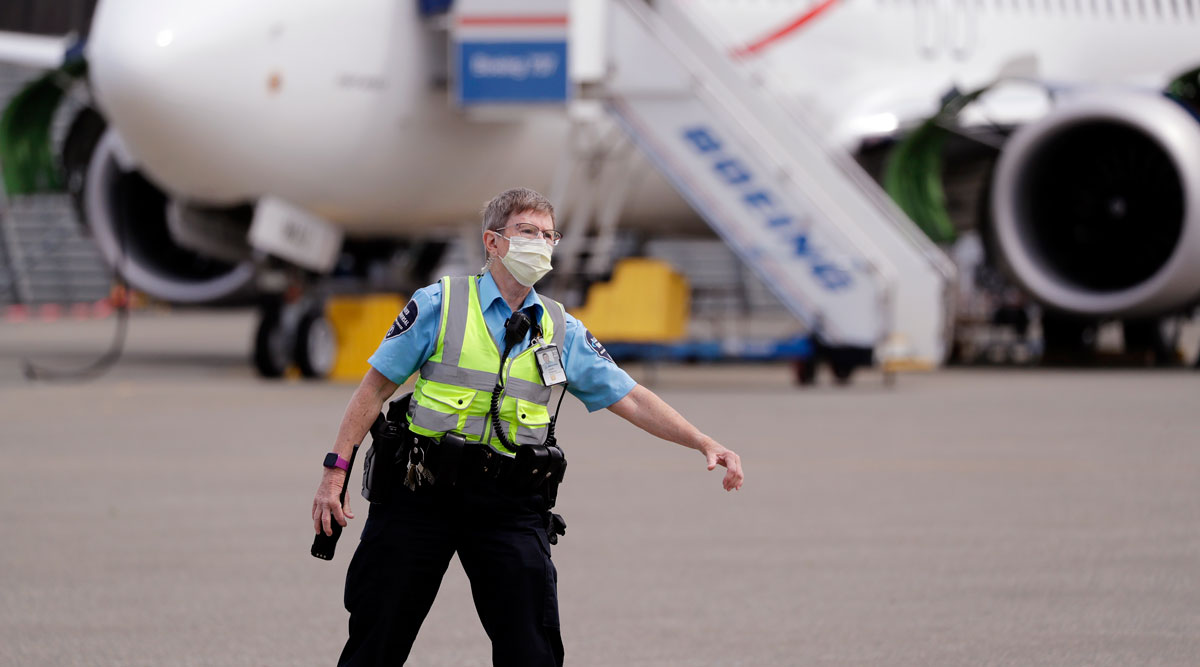 A security guard at a Boeing airplane manufacturing plant in Renton, Wash., looks out in view of a 737 Max plane on April 29. (Elaine Thompson/Associated Press)

Boeing Co. failed to sell a single commercial airplane and saw orders for 108 planes canceled in April as a sharp drop in air travel erased any demand among airlines for new jetliners.

It marked the second month this year in which Boeing received no orders, a fate that would have seemed impossible not long ago.

Boeing also indicated May 12 that it is no longer certain about completing orders for another 101 planes and dropped them from its backlog, which dropped below 5,000.

The COVID-19 outbreak has caused global air traffic to plummet and compounded a crisis at Boeing that began with two fatal crashes and the grounding of its best-selling plane, the 737 Max.

Airlines are bleeding money and canceling thousands of flights while passengers remain too scared to fly. Airlines have grounded 16,000 planes — nearly two-thirds of the world’s fleet — and they are delaying deliveries of jets that they agreed to buy before the pandemic.

Boeing delivered just six airliners in April, bringing its 2020 total to 56 jets. The slow pace of deliveries is undercutting Boeing’s cash generations because airlines pay a chunk of the plane’s price upon delivery.