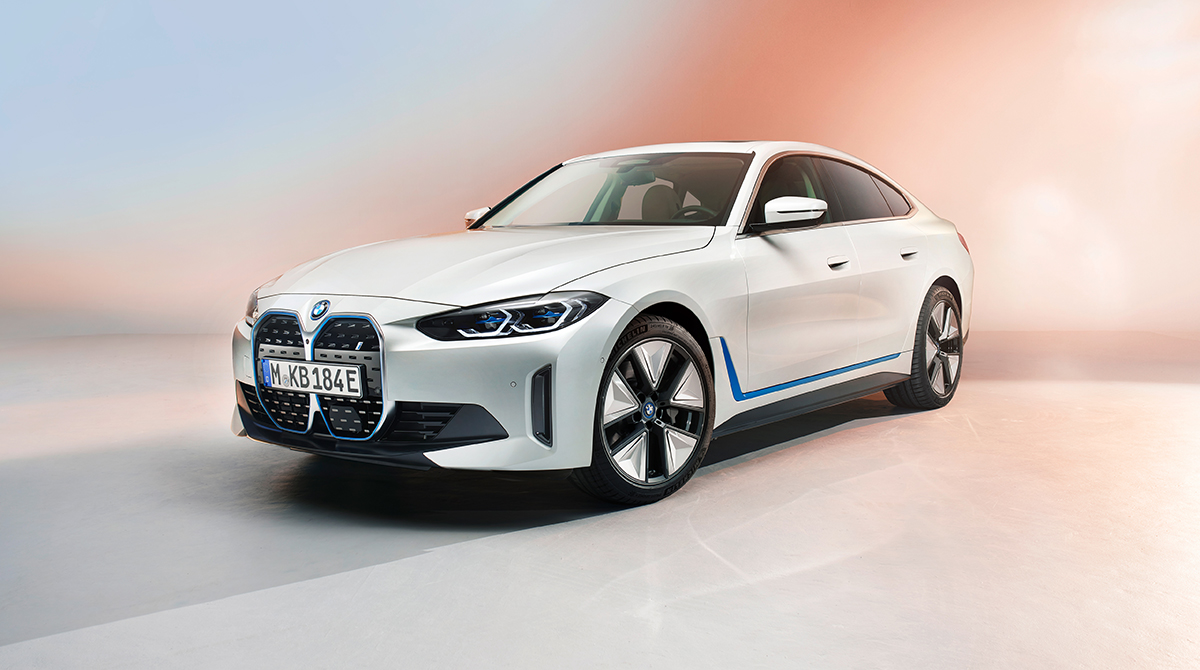 BMW i4 by BMW Group

The company declined, however, to follow General Motors Co. and other automakers in saying it would completely phase out internal combustion cars by a specific date. Instead, the Munich-based carmaker said it would adjust production among battery, hybrid and efficient internal combustion engines as different parts of the world adopt cars that produce zero emissions at different speeds.

CEO Oliver Zipse said during the company’s annual news conference that electrification was proceeding at a “higher speed.” He said BMW would sell its millionth electrified vehicle this year and sell another million by 2025.

Zipse said the company was working on a new, all-electric framework for its range of electric cars coming from 2025.

BMW used the occasion to reveal the production version of the i4, a battery-powered vehicle with four doors and sloping roof line dubbed a “gran coupe” by the company. The car will join three existing electrics — the i3, Mini SE and iX3 SUV — and a fifth, the iX, also is expected to come out this year.

Zipse cautioned that the speed of adoption would “depend on the availability of charging infrastructure,” and he called for faster progress in rolling out places to charge in Europe.

GM has said it plans to phase out gasoline and diesel vehicles by 2035. BMW Chief of Development Frank Weber said during the news conference that the market would decide when the shift to new technology would happen.

While government regulation is forcing automakers to sell more electrics in the European Union and in China, the adoption has been slower in the United States. BMW expects parts of the U.S. to continue favoring larger internal combustion vehicles for some time.

The European Union is requiring automakers to meet lower limits on average emissions of carbon dioxide, the chief greenhouse gas blamed by scientists for global warming. The new lower limit of 95 grams of carbon dioxide per kilometer took effect at the start of the year.

Since battery-only cars are rated at zero emissions, automakers have turned to them to bring down their fleet averages. That led to a surge in electric sales at the end of 2020; in December, nearly one in four cars sold in Europe was either battery only or a plug-in hybrid. Hybrids combine internal combustion engines with battery propulsion.

BMW also held out the possibility of building cars using hydrogen fuel cells instead of batteries.

#VWPowerDay | We are interlinking mobility and energy in innovative ways:

They bring the green energy transition to a new level. pic.twitter.com/zZiIS3bhaY

The company also indicated it was not going to follow competitor Volkswagen in building a network of battery factories but instead intends to work closely with partners to supply the batteries it needs.

Battery production currently is dominated by a half-dozen large Asian producers. European officials are trying to promote local production with subsidies and incentives.

Volkswagen on March 15 said it would build a network of six large battery factories in Europe, building on its existing two facilities in Germany and Sweden.