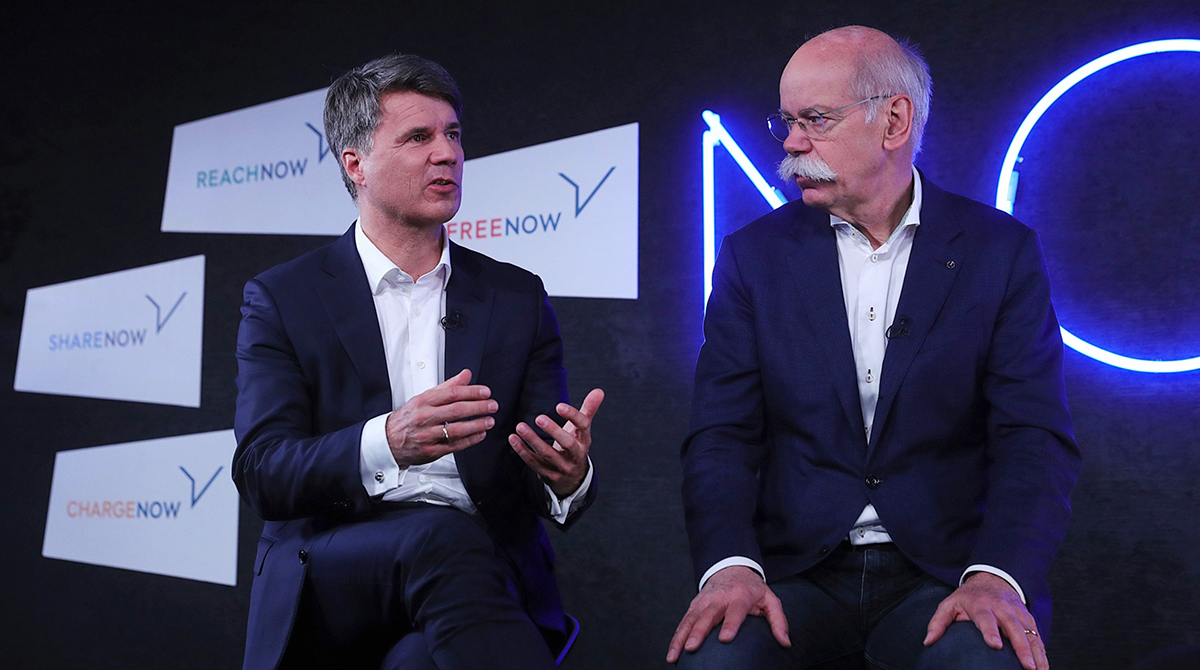 FreeNow, the ride-hailing venture owned by Daimler AG and BMW AG, expects to double revenue this year and next in a fresh challenge to Uber Inc. in Europe and Latin America.

“We know it is aggressive and really ambitious, but we want to double our revenue again next year while further improving our profitability,” Berg said. Half of the 130 cities in Europe and Latin America where the company that was previously named MyTaxi currently operates are already profitable, he said.

Mobility providers face intensifying pressure to show they can generate profit, as indicated by the lackluster stock performance of Uber and U.S. peer Lyft Inc. since their initial public offerings. Varying transport regulations across regions can complicate efforts to scale up, and authorities worldwide have increased scrutiny of background checks for drivers to address safety concerns.

Sharing costs and gaining scale were the goals when Daimler merged MyTaxi, which it had purchased in 2014, with BMW’s mobility operations this year. The German luxury-car giants have pledged to inject more than 1 billion euros in the joint venture, which also includes services like car-sharing, e-car charging and parking.

Berg declined to comment on the prospects of a possible IPO as it would be a matter for the two shareholders to decide, but signaled openness to discuss potential steps to develop the business further.

“We are open to explore options for partners” that can deliver strategic value in the long run, he said.

FreeNow is pursuing a collaborative approach with regulators so it can avoid the legal battles that have ensnared Uber in London, its biggest European market. It requires drivers to show up in person to obtain a license and agree to criminal record checks, Berg said.

“It’s a very regional business since regulation varies a lot from city to city, and our focus is to constantly work with local authorities to build mutual trust,” Berg said. “It’s about sustainable growth, and not about growth at all cost.”

Ride-hailing is expected to remain FreeNow’s main growth driver as it can be scaled up quickly once regulations are met. The company is exploring options to complement its main business with more private-hire services, car sharing, micromobility options like e-scooters and adding public transport services in some cities.

Apart from the main FreeNow brand, the company operates the Beat and Kapten ride-hailing services as well as Hive electric scooters. It’s active in 130 cities across 18 countries in Europe and Latin America.

“We have the full support of our shareholders, who just approved our growth plans for 2020,” Berg said.