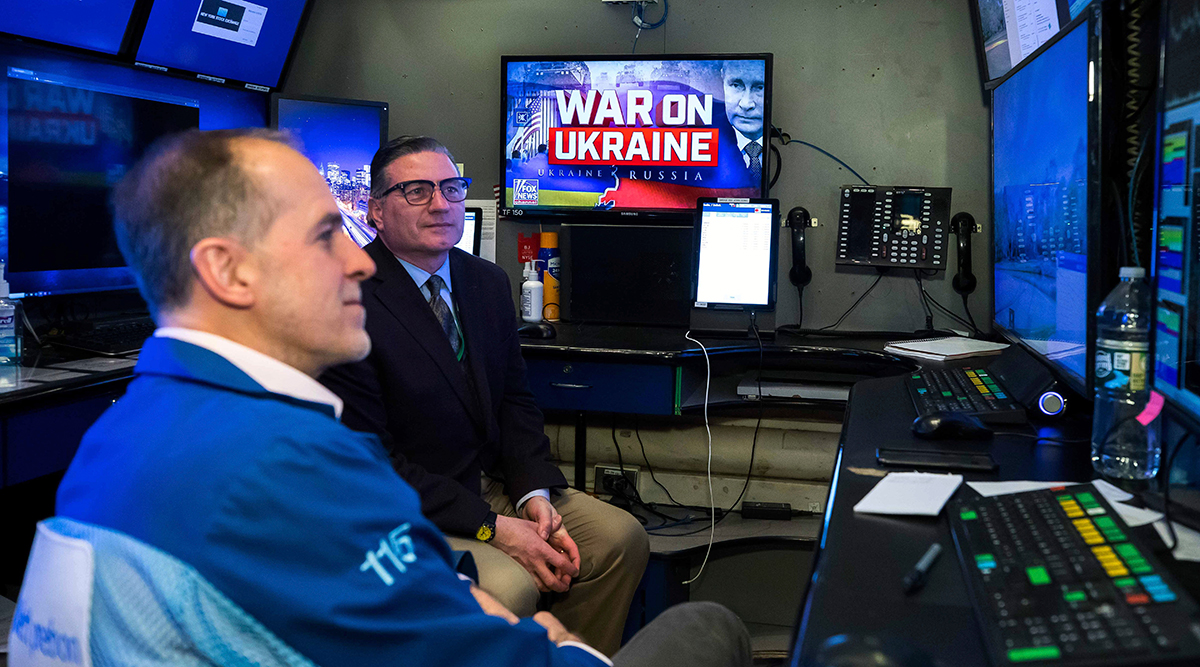 NEW YORK — Wall Street had its biggest drop in more than a year March 7 as another leap for oil prices threatened to squeeze inflation’s grip on the global economy.

The S&P 500 fell 3%, its biggest decline in 16 months, after a barrel of U.S. oil surged to $130 overnight on the possibility the U.S. could bar imports from Russia. Stocks around the world also fell earlier in the day, taking their cue from oil’s movements.

HOW DID TRUCKING STOCKS DO? One page, at a glance

Gold and a measure of nervousness on Wall Street also rose, though not by quite as much as when oil prices hit their peak. The price of gold briefly rose above $2,000 an ounce before settling at $1,995.90, up 1.5%.

“This could be something that drags on for a while as the tensions in Ukraine persist, as oil prices remain elevated,” said Sam Stovall, chief investment strategist at CFRA. “The higher and longer oil prices stay elevated, the greater the eroding impact that they will have on economic growth.”

Oil prices have soared recently on worries that Russia’s invasion of Ukraine will upend already tight supplies. Russia is one of the world’s largest energy producers, and oil prices were already high before the attack because the global economy is demanding more fuel following its coronavirus-caused shutdown.

House Speaker Nancy Pelosi said in a letter to her colleagues on March 6 that “the House is currently exploring strong legislation” to further isolate Russia because of its attack on Ukraine. That could include a ban on imports of Russian oil and energy products, she said.

It’s a major step that the U.S. government has not yet taken, despite a long list of moves to punish Russia, as the White House has said it hopes to limit disruptions to oil markets. It wants to limit price jumps at the gasoline pump.

Reports also said U.S. officials may be considering easing sanctions against Venezuela. That potentially could free up more crude oil and ease concerns about reduced supplies from Russia.

A gallon of regular already costs an average of $4.065 across the country after breaching the $4 barrier on March 6 for the first time since 2008. A month ago, a gallon averaged $3.441, according to AAA.