Click here to continue to the news
This ad will close in seconds
Skip to main content
Share
GovernmentBusinessTCA
Tom Shortell | The Morning Call (Allentown, Pa.) 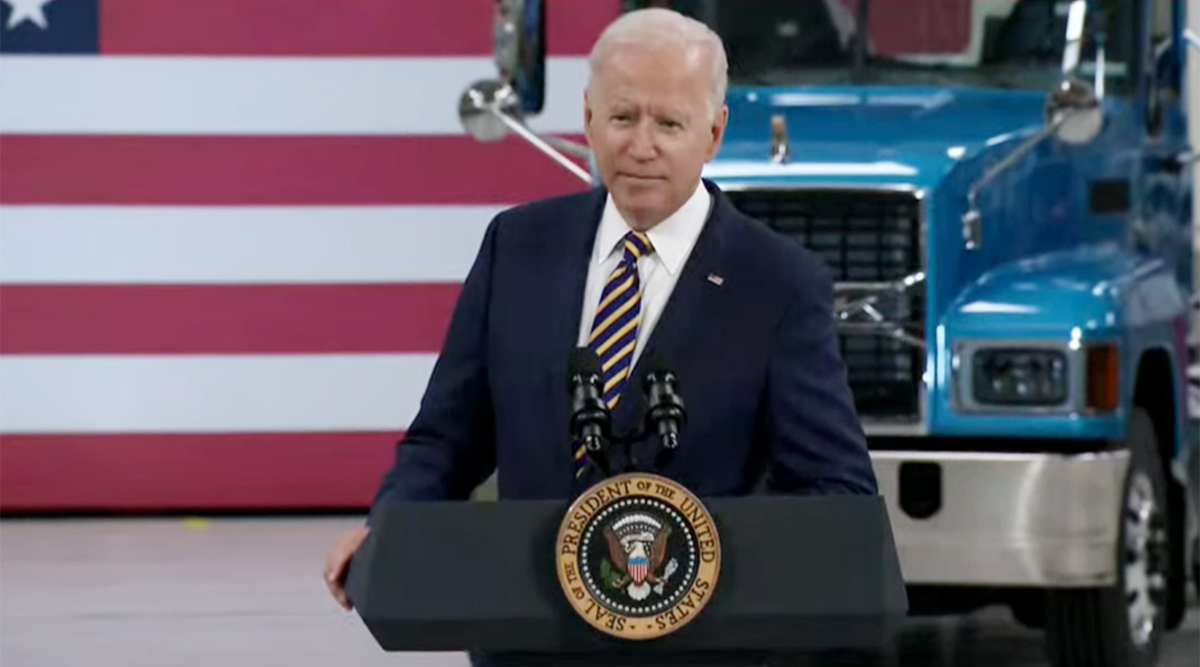 On July 28, President Joe Biden will visit Mack Trucks in Lower Macungie Township, Pa., in conjunction with the White House’s proclamation designating July 26-30 as “Made in America Week.”

The president is expected to “emphasize the importance of American manufacturing, buying products made in America and supporting good-paying jobs for American workers,” according to the White House.

Biden’s trip will be the third by a sitting president to the Lehigh Valley in the past 14 months. Chris Borick, professor of political science and director of the Muhlenberg College Institute of Public Opinion, said the high-profile visits reflect the region’s growing clout. Pennsylvania’s 7th Congressional District is one of the nation’s most competitive, and Pennsylvania’s status as a battleground state has elevated its political importance.

“We are a key region in a key state that is growing and coveted by both parties,” he said. “They are showering it with the attention. Presidents don’t take trips randomly. There’s a lot of thought about where to best use those finite resources, which is the time of these individuals.”

Mack Trucks suspended part of its production in Lower Macungie Township during the final week of June and the first two weeks of July “due to supply-chain constraints,” spokesperson Brandon Borgna told The Morning Call this month.

Mack, like U.S. automakers, has felt the effect of a global semiconductor shortage, a situation that arose during the pandemic as consumer electronics chewed up a larger share of the computer chip output coming out of Asia. Mack uses semiconductors in several components in the vehicle’s engine, transmission controls and beyond.

The plant, which employs 2,350 people and assembles all Mack Class 8 models for North America, is currently in its annual two-week vacation shutdown.

Lehigh County Executive Phil Armstrong said Biden was wise to home in on the Lehigh Valley and its manufacturing history, given the president’s focus on promoting American business interests.

“Lehigh County has so many great new manufacturers and many great existing ones,” he said. “It’s a great place to showcase Buy American, I think.”

Biden is in the midst of shepherding an infrastructure deal while also promoting American manufacturing. Given the area’s prominence as a logistics hub and its long history of manufacturing, it’s as good a setting for these topics as any in the country, Borick said.

While this will be Biden’s first visit as president, the 78-year-old Pennsylvania native is no stranger to the Lehigh Valley. His most recent trips came as vice president. Biden addressed a crowd of 3,100 in Lafayette College in 2012 and stumped for then-Bethlehem Mayor John Callahan during his failed congressional run in 2010.