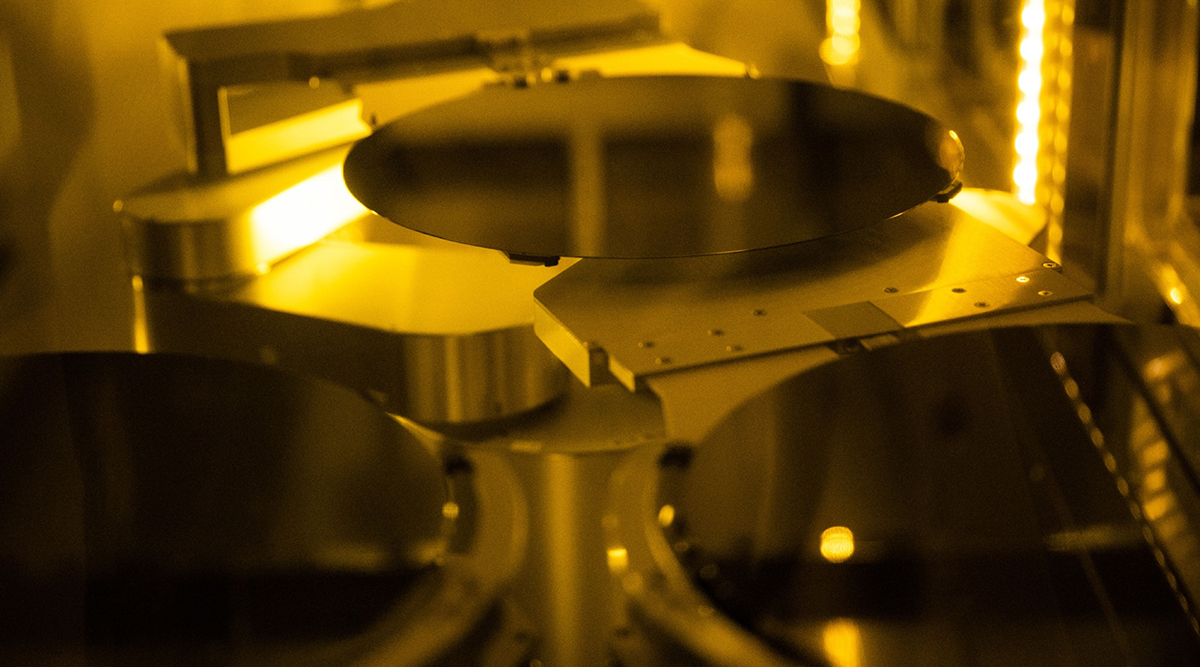 A wafer sorter in motion inside a GlobalFoundries semiconductor plant in Malta, N.Y. (Adam Glanzman/Bloomberg News)

The Biden administration announced new restrictions on China’s access to U.S. semiconductor technology, escalating tensions between the two countries and adding fresh complications to an industry reeling from a slump in demand.

The measures are aimed at stopping Beijing’s push to develop its own chip industry and advance the country’s military capabilities. They include restrictions on the export of some types of chips used in artificial intelligence and supercomputing and also tighten rules on the sale of semiconductor manufacturing equipment to any Chinese company.

Washington is looking to ensure that Chinese companies don’t act as a conduit for the transfer of technology to their country’s military — and that chipmakers there don’t develop the capability to make advanced semiconductors themselves.

China “has poured resources into developing supercomputing capabilities and seeks to become a world leader in artificial intelligence by 2030,” said Assistant Secretary of Commerce for Export Administration Thea D. Rozman Kendler. “It is using these capabilities to monitor, track and surveil their own citizens, and fuel its military modernization.” 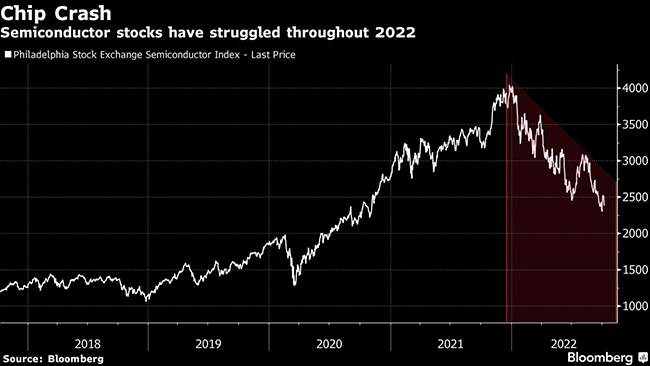 The new rules are coming at a difficult time for the chip industry, which is suffering a steep drop in demand for personal computer and smartphone components. Shares of many of the world’s biggest semiconductor makers tumbled on Oct. 7 following reports that the slump may be even worse than thought.

The government’s actions add another layer of uncertainty for investors already trying to work out how much demand for semiconductors might shrink. Companies such as Applied Materials Inc. and Intel Corp. can’t easily walk away from China, the biggest single market for their products and a key part of a global supply chain for electronics used everywhere in the world.

Chipmaker stocks have struggled throughout 2022, following three straight years where the group climbed between 40% and 60%. The Philadelphia Stock Exchange Semiconductor Index is down nearly 40% so far this year, on track for its biggest annual drop since 2008, and it recently fell to its lowest level since November 2020.

When the new rules come into force, it will be harder for providers of chips used in Chinese supercomputers and related gear to get permission to fill orders. They should presume requests will be denied, according to senior Commerce Department officials.

Commerce also put a raft of restrictions on supplying U.S. machinery that’s capable of making advanced semiconductors. It’s going after the types of memory chips and logic components that are at the heart of state-of-the art designs.

The new restrictions, which begin to take effect this month, are intended to break the link between Chinese companies and their country’s military and security apparatus. But the U.S. chip industry has expressed concerns that moving too aggressively could put domestic companies at a disadvantage. They worry that losing China sales will hurt their ability to spend on innovation and potentially help their overseas competitors.

The Semiconductor Industry Association, a lobbying group representing all of the largest U.S. chipmakers, said it’s evaluating the impact of the new export controls and will ensure compliance with the restrictions.

“We understand the goal of ensuring national security and urge the U.S. government to implement the rules in a targeted way — and in collaboration with international partners — to help level the playing field and mitigate unintended harm to U.S. innovation,” the association said in a statement.

Broadcom to Buy VMware for $61 Billion