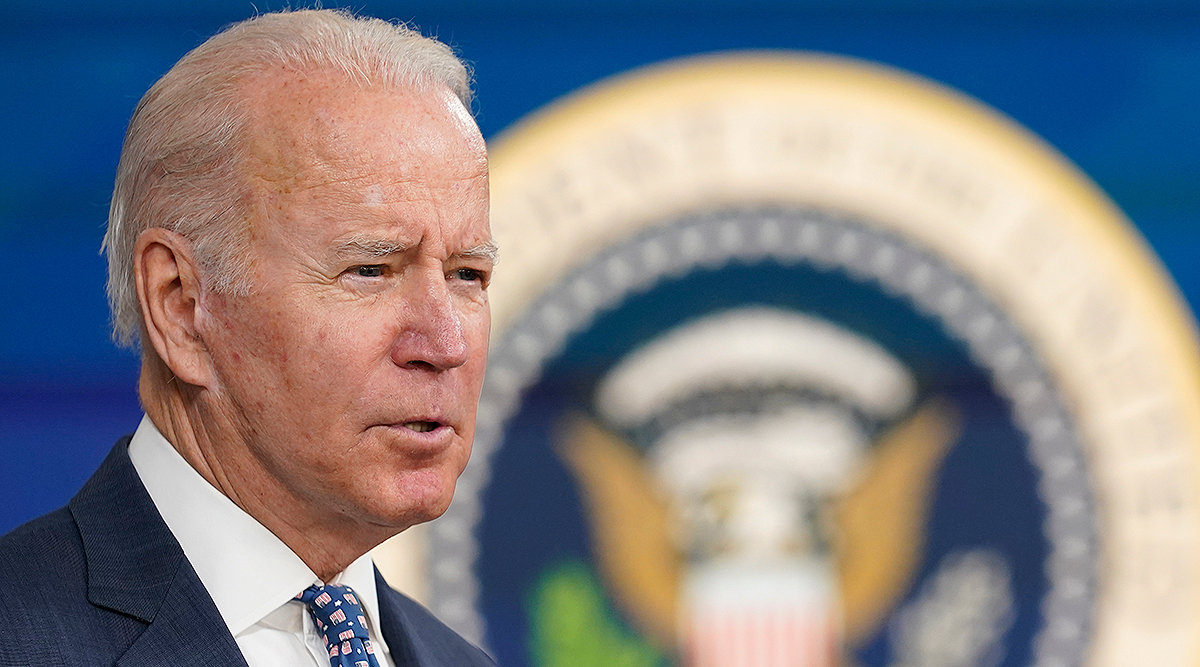 Biden's executive order comes on the heels of a plan meant to enhance elements of the supply chain at ports and waterways. (Susan Walsh/Associated Press)

The Biden White House took another step to resolve supply chain complications, which threaten to disrupt the distribution of goods during the holidays.

Shortly after President Joe Biden signed a $1 trillion infrastructure package into law this month, the White House announced new guidance meant to expedite the flow of freight at key hubs.

A new executive order related to the implementation of the Infrastructure Investment and Jobs Act directs federal agencies to prioritize programs and rules that would bolster commercial supply chains, as well as domestic manufacturing.

White House officials emphasized the order responds to freight bottlenecks, which they attributed partly to the pandemic. As White House Press Secretary Jen Psaki suggested Nov. 22, “We see what the largest impacts on cost increases are across the country, whether it’s gas prices or, in some cases, food prices or a variety of issues. We know what the root causes of those are, right? Global supply chain issues.

“The best thing we can do as a government is to get the pandemic under control. That’s what the president’s number one focus is.”

According to the executive order, the Infrastructure Investment and Jobs Act “will help rebuild America’s roads, bridges, and rails; expand access to clean drinking water; work to ensure access to high-speed internet throughout the nation; tackle the climate crisis; advance environmental justice; and invest in communities that have too often been left behind.”

Additionally, “It will accomplish all of this while driving the creation of good-paying union jobs and growing the economy sustainably and equitably for decades to come.”

The executive order comes on the heels of a plan meant to enhance elements of the supply chain at ports and waterways. This month, the Biden administration announced it would prioritize near-term modernization and expansion projects for ports essential to freight distribution. It specifically would identify $3.4 billion to upgrade obsolete inspection facilities, as well as pave the way for more efficient international trade at the borders. Also, the administration announced it would begin an infrastructure grants process for ports.

“We are supporting short-term action,” Transportation Secretary Pete Buttigieg said in a recent interview. He is among officials tasked with pursuing a resolution to supply chain woes. “This is about making sure that America is competitive for the rest of this century. We are, you know, funding repairs that could begin almost immediately that mayors and states have been wanting to do for a long time.”

The Build Back Better Act will make it easier for millions of Americans to return to the workforce after the COVID-19 pandemic while also reducing inflationary pressures and getting our economy back up to full speed.

Commerce Secretary Gina Raimondo emphasized potential economic benefits associated with the president’s Build Back Better agenda. A pillar of the president’s policy proposal is under consideration in the U.S. Senate.

“From providing child care and universal pre-K to expanding health care coverage and reducing the cost of energy, the Build Back Better Act will make it easier for millions of Americans to return to the workforce after the COVID-19 pandemic while also reducing inflationary pressures and getting our economy back up to full speed.” Raimondo added, “The Build Back Better Act also delivers billions of dollars in resources to increase supply chain resilience so that needed supplies meet today’s demands with a view toward bringing down prices.”

In the meantime, most Democrats on Capitol Hill have endorsed the president’s policy directives while Republican leaders continue to blame the administration for some of the supply chain bottlenecks. 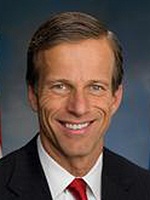 Sen. John Thune (R-S.D.) is among Republicans in the chamber calling for additional aid for industries scrambling to transport freight.

“We are facing this unprecedented supply chain crisis,” he said, and we’ve got a lot of Americans who are encountering already empty store shelves, long wait times, rising costs, and we’ve got the holiday season approaching.

“In my state, agricultural producers are also feeling the crunch, with capacity for their goods being hampered by a combination of surging demand for containerized shipping and a massive backlog at our nation’s ports.”

Rep. Sam Graves (R-Mo.), ranking member on the House Transportation and Infrastructure Committee, also has criticized the president’s response to supply chain disruptions. “I would again say to the president: ‘You step up.’ Stop pursuing the numerous burdensome regulations, policies and spending priorities that are exacerbating this supply chain crisis.”