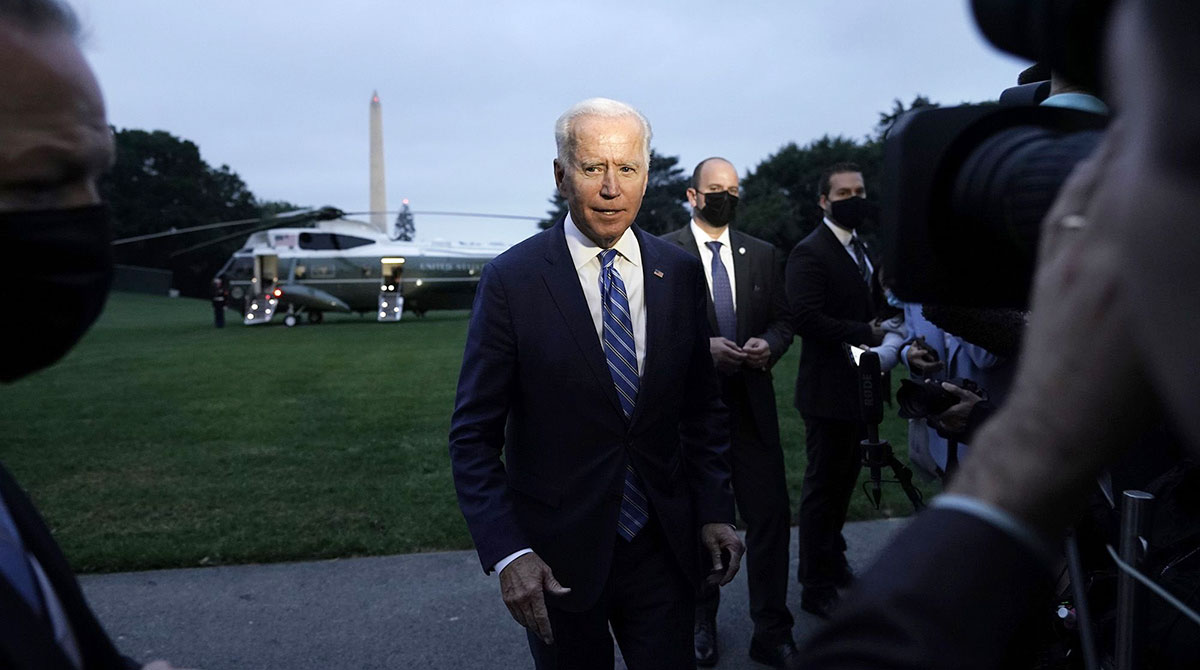 As U.S. President Joe Biden weighs alternatives to lower fuel prices, one move that could bring immediate relief at the pumps is sparking debate: adjusting the Bush-era renewable fuel mandate.

Drivers could see prices for gasoline fall if refiners were relieved from at least some of their obligation to blend biofuel into the U.S. fossil fuel supply. But such a move could also backfire, failing to slash costs and undermining one of the longest-standing U.S. policies to fight climate change, while at the same time sparking anger from the powerful agricultural lobby.

Biden’s popular support is being eroded by soaring prices for everything from energy to food and shelter as U.S. inflation hit its highest level since 1990, prompting the president to make fighting the surge “a top priority.” Biden has also vowed to take action after the OPEC+ coalition dismissed his calls for extra crude oil supplies, though his available options may be limited.

The so-called Renewable Fuel Standard was authorized in 2005 as part of efforts to reduce greenhouse gas emissions and reliance on imported oil. It requires oil refiners and fuel importers to buy and blend renewable fuels such as ethanol into the U.S. fuel supply. If they don’t, they can still meet their quotas by buying tradeable credits known as Renewable Identification Numbers. The cost of those credits have swung wildly this year amid a perceived shortage, adding to a surge in gasoline prices while squeezing small fuel suppliers. 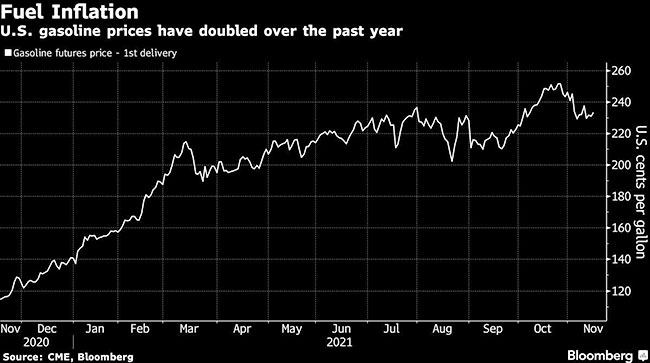 The EPA issues a proposal each year on how much renewable energy should be available to consumers for the year ahead. The so-called Renewable Volume Obligations determine how many gallons of biofuel refiners will add to the motor fuel mix, which also determines the amount of credits needed to fill the gaps.

“The removal or modification of the RVO mandate would be the single most immediate and effective way to lower fuel prices at the pump,” said John Auers, executive vice president at energy consultant Turner, Mason & Co. Depending on how the mandate is modified and other conditions, the move could potentially reduce retail gasoline prices “in the double digits” a gallon, he said.

A reduction in ethanol use could be more effective now, with gasoline from refineries even cheaper than ethanol prices. Wholesale prices for 87-octane conventional gasoline are about 15 cents a gallon cheaper in New York than a blend of 90% gasoline and 10% ethanol, according to data compiled by Bloomberg. That’s the biggest discount since 2014.

But some are in disagreement. The extent to which gasoline costs would benefit from a reduction in the use of biofuels is debatable.

“It would backfire badly on them,” Geoff Cooper, president of the Renewable Fuels Association, said in an interview. It would make prices at the pump “even worse” and doing this a week after the United Nations’ COP26 climate conference would send the wrong signal about commitments to reduce carbon emissions, he said.

A waiver on the mandate might lower retail prices in the “very short run” while making the market more susceptible to shocks in the medium and long term by discouraging investment in supply alternatives, according to Height Capital Markets analyst Benjamin Salisbury.

“We are talking pennies, not dollars,” Salisbury said.

Many independent refiners have long opposed these mandates, saying the added cost of buying RINs cuts into margins and jeopardize their existence. D6 RINs, which track ethanol blending in gasoline, have climbed from 62.50 cents a year ago to $1.0825. In June, the price reached a high of $1.98.

The EPA earlier this year extended the deadline for refineries to comply with their 2020 blending obligations into 2022, effectively giving them more time to buy RINs. The extension has helped fuel producers save cash as they recover from pandemic-driven demand losses. The agency is also due to release the proposed mandates for 2021 and 2022.

“The EPA under the Biden administration will have to balance its green intentions against commodity inflation, including RINs and agriculture prices,” Bank of America Corp. analysts including Warren Russell said last week in a note to clients. “If not properly managed, RFS policy could drive both food and fuel inflation.”

For Biden, adjusting the requirement would come at the cost of a potential spat with corn and ethanol producers, which rely on the mandate for a significant share of the demand for their products. Easing the mandate would also bode poorly for the president’s green credentials.