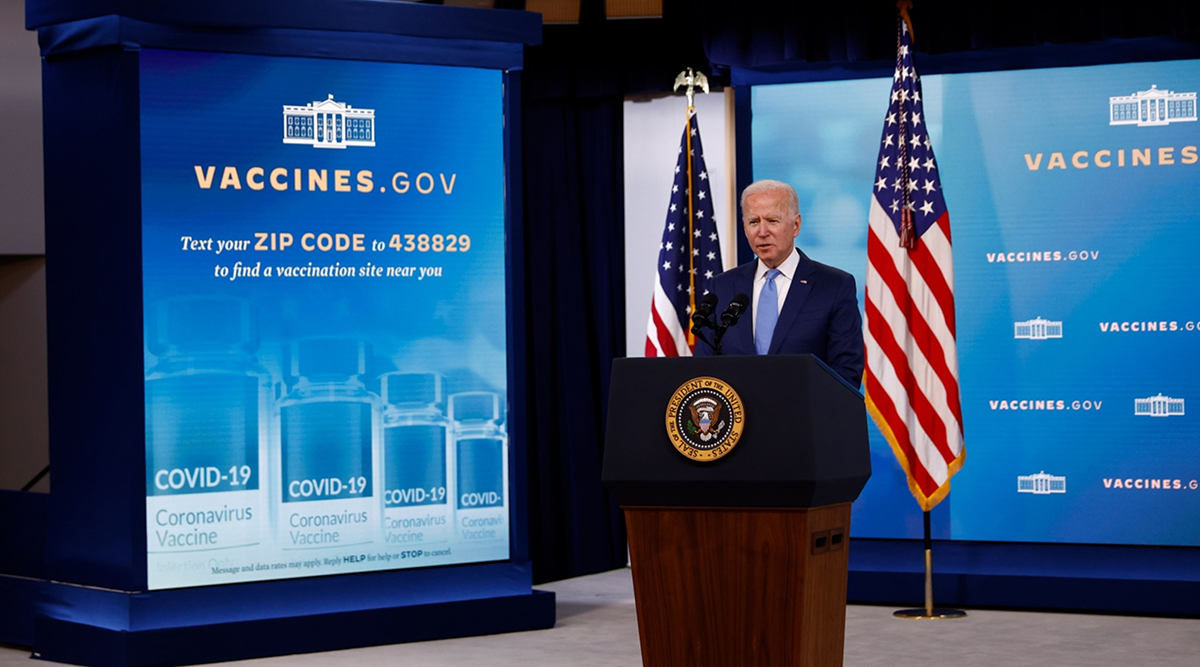 “I’m calling on more companies in the private sector to step up the vaccine requirements that will reach millions” more people, Biden said Aug. 23 at the White House.

Biden spoke after the U.S. Food and Drug Administration granted approval for the vaccine among those 16 and up after earlier allowing the shots to be given under emergency authorization. It’s the first vaccine to be fully cleared by U.S. regulators.

Biden had publicly been expressing hope for an approval, which he believes will ease vaccine hesitancy while also giving stronger footing for businesses, schools and government agencies to require the shot. Already on Aug. 23, the Pentagon said it would soon require all service members to be vaccinated.

A wave of new cases has surged in the U.S. throughout the summer, driven by the more contagious delta variant. The rise in cases has prompted concern about the U.S. economic recovery and prompted the White House to expand efforts to persuade the unvaccinated to get shots.

Biden said Aug. 23 that Americans who have been holding out should now get shots.

“If you’re one of the millions of Americans who said that they will not get the shot until it has full and final approval of the FDA, it has now happened,” Biden said. “The moment you’ve been waiting for is here. It’s time for you to go get your vaccination. Get it today.”

He said the best way to protect children from the virus — those who are too young to get the vaccine — is for adults around them to get vaccinated and for kids to wear masks when they leave home.

“I know that parents are concerned about COVID-19 cases among their children,” Biden said.

The Pfizer-BioNTech vaccine will be marketed as Comirnaty. The two-dose regimen was initially made available in the U.S. through an emergency authorization in December. It has since become the most widely used of three available vaccines, which also include those made by Moderna Inc. and Johnson & Johnson.

The Pfizer-BioNTech vaccine continues to be available to people age 12 to 15, as does a third dose for certain people with compromised immune systems, under an emergency authorization.

Biden has announced a plan to begin giving booster shots in September to people who had their final dose of the vaccine at least eight months earlier, out of concern that vaccine efficacy is waning over time, particularly against delta.

— With assistance from Riley Griffin.

Air Travel Rises to Post-Pandemic High Despite US Warning