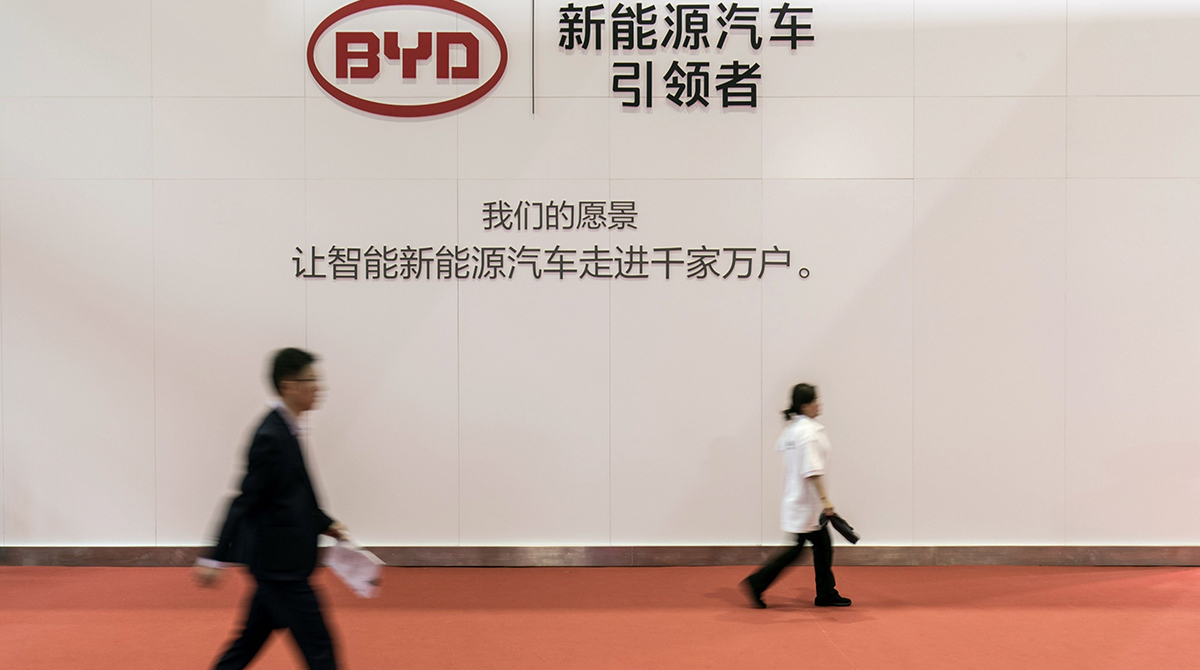 CATL and BYD Co. saw sharp declines in sales of electrified-vehicle batteries in September as demand weakened in China, where the government is cutting subsidies in the EV sector.

Sales by market leader Contemporary Amperex Technology Co. fell 10%, while BYD’s slumped 71%, causing it to lose its No. 3 ranking to South Korea’s LG Chem Co., SNE Research said. CATL had 26.6% of the global market in the first nine months, followed by Panasonic Corp. at 24.6%.

China is trying to navigate weaker demand for cars and a slowing economy while pulling back subsidies to avoid a bubble bursting in the EV market. The country’s lackluster auto sales are weighing on the wider global market.

“Weak demand in China is expected to continue, and there’s still uncertainty in the U.S. market,” SNE Research said in a statement Friday. “We could continue to see smaller growth for the full year.”

CATL’s shares rallied 5% in Shenzhen on Nov. 22, boosted by an extra order from BMW AG, while BYD eked out a 0.8% gain in Hong Kong. CATL is down about 13% from a March high, and BYD is 37% below its 2019 peak hit in April. Analysts favor CATL, with 27 buy recommendations, five holds and eight sells, among those tracked by Bloomberg. BYD has only eight buy or equivalent ratings, nine holds and 12 sells.

After Chip Crisis, Is Battery Shortage Next?