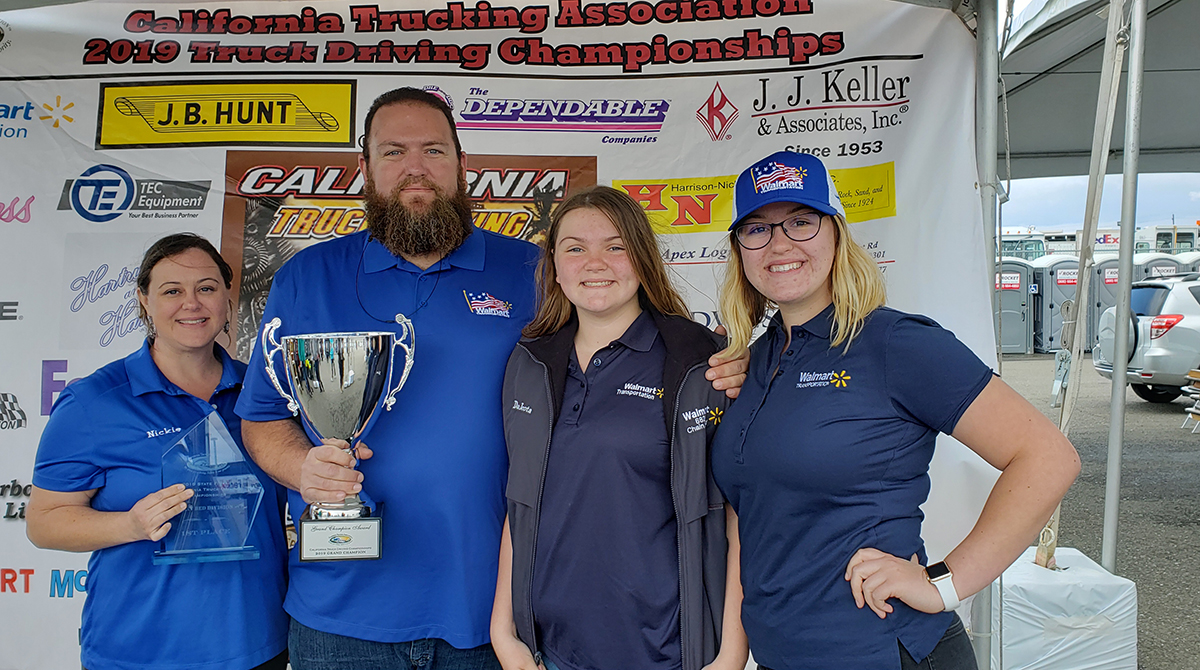 Steve Hutton of Walmart Transportation first started driving at 23 to support his family. Sixteen years later, the job has become not just a source of income, but a rewarding career.

“I was a young father,” Hutton said. “I needed a good, steady income to raise my family. I saw the growth potential in the trucking industry and the possibility to make a steady income, and so that’s how I ended up here.”

Hutton, now 39, lives in Yuba City, Calif. with his wife and two daughters. On May 19, he claimed the title of Grand Champion at the California Truck Driving Championships, scoring 411 points in the Flatbed division. The competition was held at the FedEx Facility in West Sacramento.

Hutton competed in the Northern regional category for the state, scoring 295 points out of a possible 300 on the driving portion.

“It was truly a record-setting weekend for me,” Hutton said. “I was just a couple inches away from putting up a perfect score, which is yet to be done. I was so close.”

Hutton has been competing in the California Truck Driving Championships since 2016. That year, he won Rookie of the Year and placed first in the Flatbed category, giving him the opportunity to attend the National Truck Driving Championships in Indianapolis. This year, Hutton is focusing on studying for the written portion of the competition in preparation for nationals, which will be held in Pittsburgh on Aug. 14-17.

“It’s just about keeping my nose in the book,” he said. “At that level, it can really come down to a few points between winning and not winning. The line between making it and not making it to the following part of the competition is very tight. Every point counts.”

The competition is divided into three sections: a written portion, a pre-trip inspection and a driving skills test.

“Driving we do on a daily basis,” Hutton said. “Studying for a written test is not something that falls into the normal part of my job, and so to prepare for that part is probably the biggest challenge of the three-part competition.”

Hutton’s wife, Nickie, and his two daughters, Dakota and Kelsey, attended the championships. His family is very supportive of his career as a driver, although it sometimes prevents him from spending time with them.

“The biggest challenge for me with this job is being away from home for nights and sometimes over a week at a time,” Hutton said. “I’ve never had a problem staying safe and maintaining a good driving and safety record. The real challenge is juggling a family and a home life along with this career.”