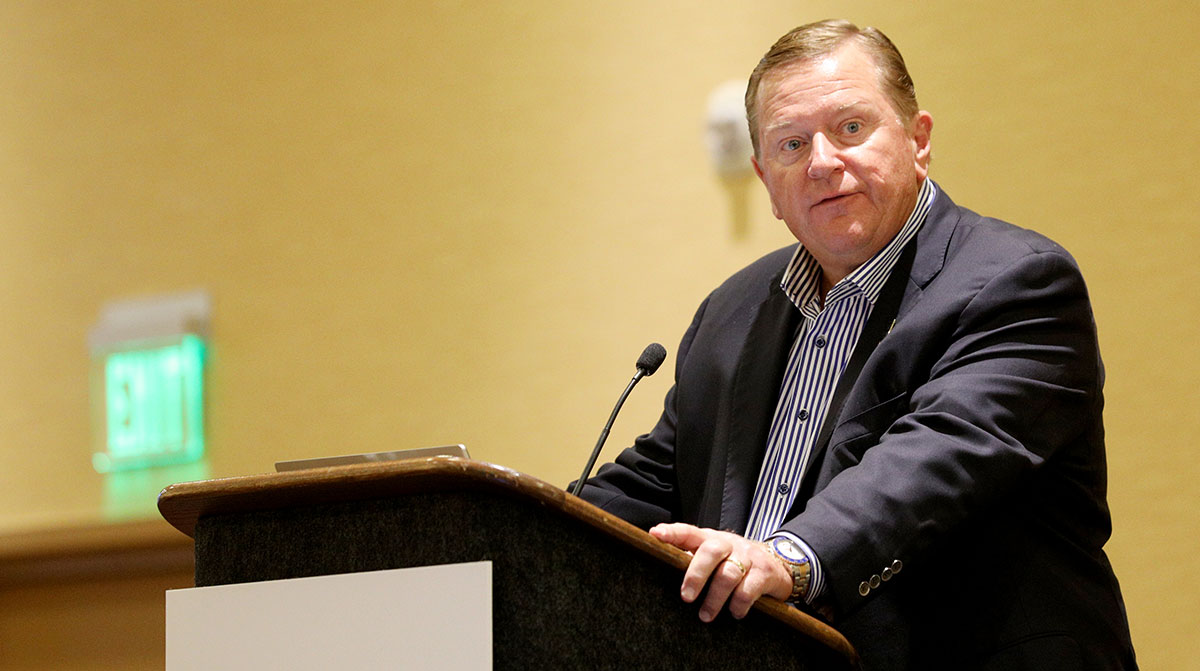 INDIANAPOLIS — Just prior to the start of competition at this year’s National Truck Driving Championships, the chairman of American Trucking Associations greeted the hundreds of qualifiers and touted their contributions to the industry.

“I know it feels great to be live again. And I know it was tough going two years without competition. So let’s enjoy this live event,” ATA Chairman Harold Sumerford Jr. told the more than 400 NTDC competitors, volunteers and organizers Aug. 16. The safety tournament was paused for two years due to the pandemic.

“I want to congratulate all of those who made it here. You’re already champions. You’ll leave as a champion,” added Sumerford, CEO of Alabama-based J&M Tank Lines.

Emphasizing the contributions truck drivers make to the economy and Americans’ quality of life, the ATA chairman also reminded the NTDC field of the essential role they have industrywide.

“This nation tested us. They rode on our back while you all did a wonderful job, and I thank you. And the industry thanks you and the nation thanks you,” he added. “I know the competition is tough and it’s stressful. But when you leave here, you need to have a smile on your face because you had a good time and enjoyed the experience.

“It’ll be a fun time for you, and you’ll remember it for the rest of your life.”

NTDC officially kicked off Aug. 16 with a series of registrations. Drivers representing nine vehicle classes were briefed by organizers on the event’s rules. Industry leaders, such as Sumerford, greeted competitors.

It’ll be a fun time for you, and you’ll remember it for the rest of your life.

The drivers also were afforded the opportunity to examine the ornate driving course. A written exam based on the Facts for Drivers book is scheduled for Aug. 16. The third challenge consists of a pre-trip vehicle inspection. The top five scorers in each vehicle class will compete in the finals Aug. 19.