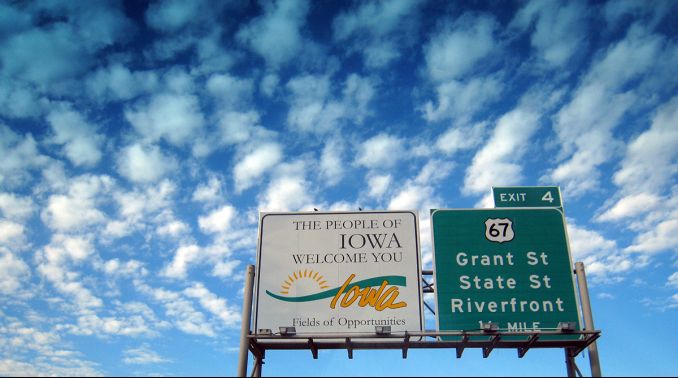 The American Society of Civil Engineers’ newly released infrastructure report cards for Iowa and California reveal the condition of those states’ underlying frameworks are just average.

Iowa received an overall C on its report card, issued May 2, reflecting a degree of improvement from the C- earned on its previous report card in 2015.

California, meanwhile, earned a C- on its May 7 report card, marking a slight drop from the C received previously in 2012.

The grades were disclosed just days ahead of the nation’s annual observance of Infrastructure Week, when business leaders, lawmakers and citizens coalesce to emphasize improving roads, bridges, ports, rail and water projects and more.

In Iowa, bridges received a D+, a tie with inland waterways for worst grade on the report card.

VanBuskirk said access points to both inland waterways and rail facilities need to be improved for haulers trying to transport goods along the Missouri and Mississippi rivers.

“That’s something that’s going to have to be addressed in the future to help move freight,” VanBuskirk said. “We move a lot of grain down the Mississippi River. You have to have access points, and they need to be easily accessible, and you need to be able to load your goods on efficiently and get them moving.”

Roads earned a C+, an improvement from the C- on the last score card. Iowa’s geographic position in the center of the country makes it an important state for freight movement. The Iowa Department of Transportation’s State Freight Plan lists cereal grains, gravel and animal feed as some of the top products that originate in the state.

“We have a ton of freight that comes through the state,” VanBuskirk said. “The system isn’t getting any younger.” 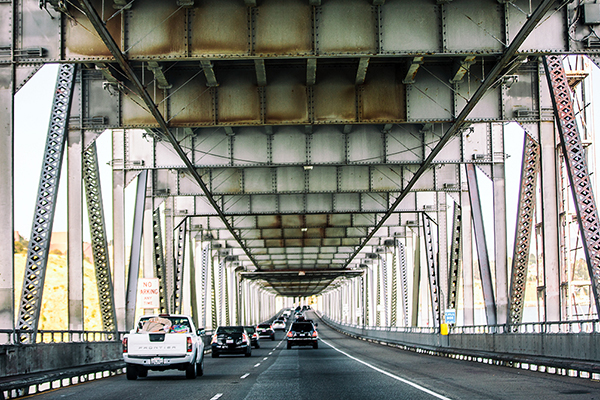 California's roads received a D grade. The report card shows that 51% of the state's major urban roads are in poor condition. (Thomas Hawk/Flickr)

California roads are worse. They earned a D.

Two Los Angeles pinch points — the intersection of State Routes 60 and 57 and the intersection of interstates 710 and 105 — appear within the top 10 entries on the American Transportation Research Institute’s truck bottlenecks report, unveiled Feb. 12.

“Congestion means we don’t have enough capacity,” Akel said. “Truckers depend on highways and bridges to provide their transportation services to our state and to the nation.”

Akel said that California’s Road Repair and Accountability Act, a fuel tax increase enacted in 2017 that is projected to raise more than $50 billion for transportation projects during the next decade, was a positive step, but more funding is needed. The report card found that California faces a 10-year maintenance backlog of $137 billion.

Iowa’s report card acknowledges that transportation projects received a boost from a fuel tax increase in 2015, but it indicates that more funding is needed for future projects, noting growth trends in freight movement and population. Truck volumes are expected to grow by more than 40% by 2040.