American Consumer Momentum Wanes Just in Time for the Holidays 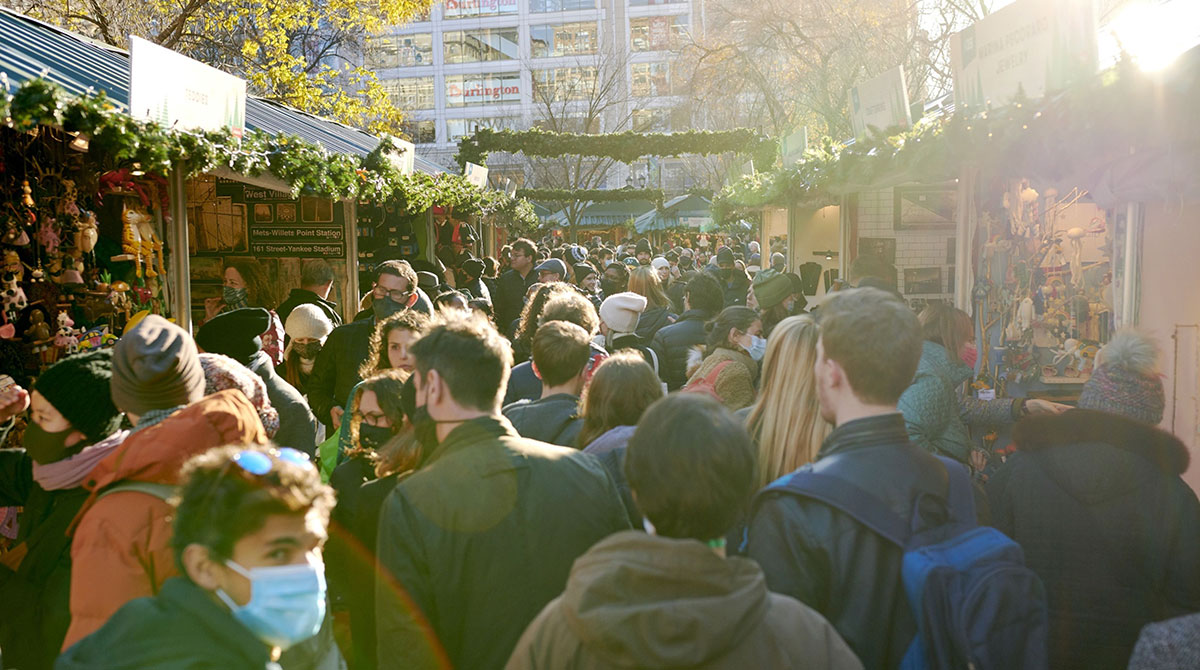 The American consumer has held strong since last year’s COVID-driven spending pause, as their purchases helped power the global economic recovery. But that momentum may be fading as the holiday season approaches.

Spending took an initial hit in the spring of 2020, but since then the trajectory has been mostly upward, eventually hitting a record high. Stimulus clearly played a role, boosting the savings rate to a record, even higher than what was seen during the austerity of the Great Depression.

But now, the effects of that stimulus are wearing off and the savings rate as a percentage of disposable household income has drifted down to 2019 levels. In other words, the tailwinds pushing the spending boom are easing and momentum is waning. The result is a new, relatively flatter year-to-date trend line. 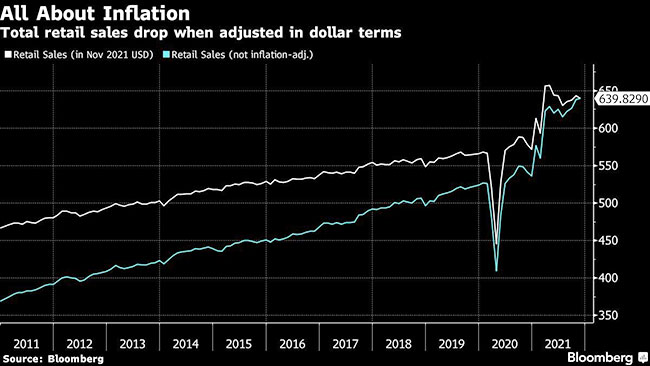 November retail sales increased 0.3% from October, falling short of the expected 0.8% rise. Investors’ knee-jerk reaction was to turn defensive, with Nasdaq futures catching a bid and Treasury yields dipping lower. This year’s data carries extra significance as demand largely was expected to be pulled forward from December in anticipation of supply chain snags and shipping delays. Economists also are wondering if some of that demand showed up in October as well.

The data also serves as an indication of how rising inflation and diminishing real wages are weighing on American consumer spending during a typically strong period for retailers powered by holiday gift-buying. The results aren’t encouraging. On an inflation-adjusted basis, taking into account CPI data, retail sales growth actually is negative.

In the pandemic era, the sustained ability to spend was a uniquely American story. In Europe and China, sales data is back to pre-pandemic levels. The momentum there faded a while ago. Europe used job-retention programs instead of stimulus checks, while China largely was affected by lockdown policies. Overnight Chinese data showed retail sales growth of 3.9% year-over-year, short of the estimated 4.7%. Industrial output rose 3.8% on an annual basis, slightly higher than the 3.7% estimate. Even exports are hitting records.

At the end of the day, the U.S. is a consumer-driven economy, and the nation’s fiscal stimulus efforts helped power activity at home as well was growth globally. But with inflation rising and fiscal support waning, it’s worth wondering if the American consumer can continue to lead that charge. Or is this the first sign of a deceleration in global growth?

US Inflation Quickens to 9.1%, Amping Up Fed Pressure to Go Big