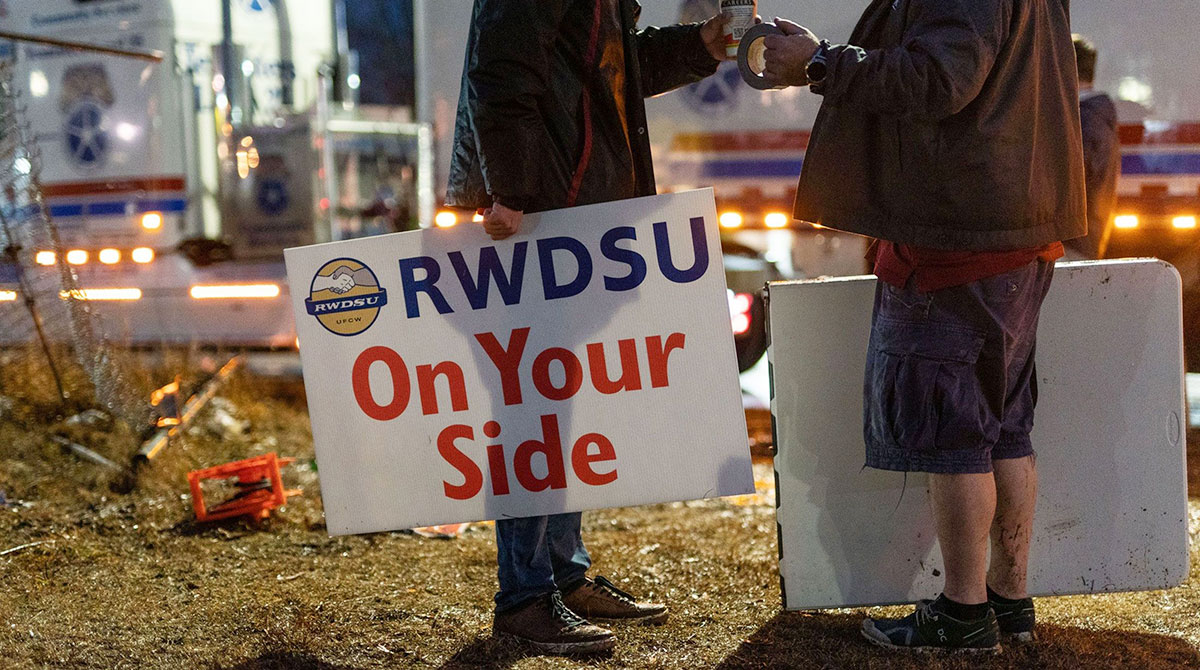 People holding signs during the campaign in Bessemer. (Elijah Nouvelage/Bloomberg)

More than 2,000 workers at four Amazon.com Inc. facilities in Staten Island have signed a petition asking federal labor officials to greenlight an election to form a new union, according to organizers, the latest spasm of labor strife between the e-commerce giant and its employees.

The newly formed Amazon Labor Union must submit signatures from 30% of the workers to meet federal requirements. The facilities on Staten Island employ approximately 7,000 people. The National Labor Relations Board will determine whether the organizers have met the threshold to hold an election. 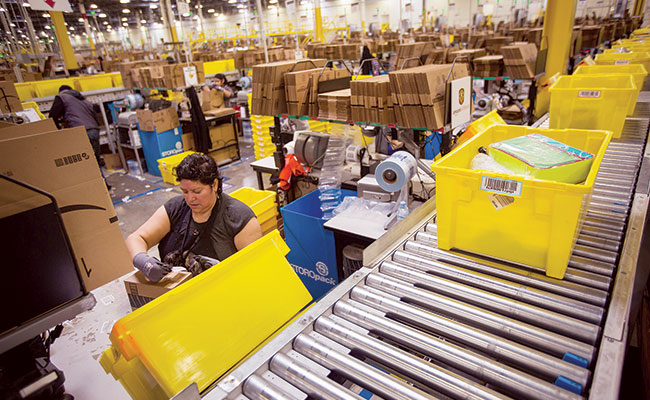 An employee packs a box at the Amazon.com Inc. fulfillment center in Robbinsville, N.J. (Michael Nagle/Bloomberg)

The group’s president, Christian Smalls, worked for Amazon for 4 1/2 years and was fired in 2020 after participating in demonstrations protesting the company’s COVID-19 policies. Smalls alleged his firing was retaliatory, but Amazon said he violated safety guidelines.

The ALU has been organizing for the past six months, hosting barbecues and handing out water near Amazon warehouses in the New York borough. Organizers say Amazon has already been employing “union-busting” tactics to create doubt in workers’ minds about the benefits of membership. 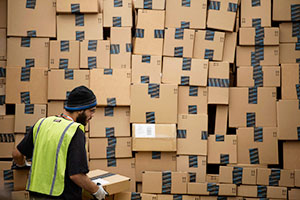 “Our employees have the choice of whether or not to join a union,” Amazon spokesperson Kelly Nantel said in an email. “They always have. As a company, we don’t think unions are the best answer for our employees. Every day we empower people to find ways to improve their jobs, and when they do that we want to make those changes — quickly.”

Amazon workers at a fulfillment center in Bessemer, Ala., voted not to join a union in April. But the results were challenged, and a federal official recommended that the labor board hold a fresh election. The Retail, Wholesale and Department Store Union, which led that campaign, alleged Amazon influenced the election by intimidating workers and pressuring them to cast votes in a mailbox the company had installed on its property in view of security cameras. Amazon denied any wrongdoing.

The Teamsters, whose members include delivery drivers for UPS Inc., are trying to organize Amazon warehouse workers in Canada.

The organizers of the union effort on Staten Island are bracing for pushback from the company. The first battle could come over which employees qualify for union representation, a classic tactic by employers looking to quash union elections.

Some Amazon warehouse workers in Europe belong to unions, but the company’s vast logistics workforce in the U.S. isn’t unionized. Amazon says its warehouse workers earn at least $15 hour — a point it repeatedly hammered in Bessemer, where such wages go a lot further than they do in New York. However, union members working in transportation and warehousing earned 34% more than non-union workers in 2020, according to the U.S. Bureau of Labor Statistics.

The pandemic put a spotlight on the plight of so-called essential workers, including those in Amazon’s logistics and delivery operations, whose labor helped many people reduce their exposure by having goods delivered to their homes. Growing public support for such workers has helped revive the hopes of U.S. labor organizers.