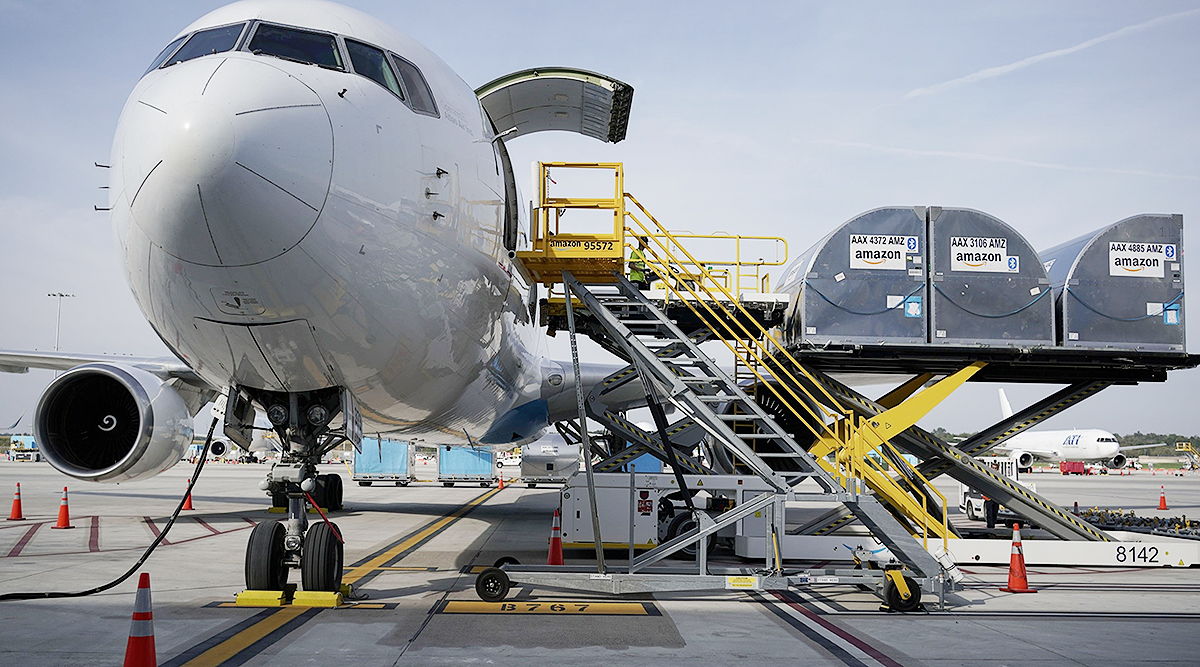 Cargo is loaded into an airplane at the Amazon Air Hub at the Cincinnati/Northern Kentucky International Airport. (Jeff Dean for Bloomberg News)

Amazon.com Inc. is shopping for used long-range Boeing Co. and Airbus SE cargo planes, according to people familiar with the matter, the latest evidence of the e-commerce giant’s ambitions to move products across borders itself.

Amazon is in the market for refurbished cargo versions of one of the largest twin-engine passenger jets currently flying, Boeing’s 777-300ER, along with conversions of Airbus’ popular A330-300 wide-body aircraft, said the people, who requested anonymity to discuss confidential matters. Both models are a step up from the midsize Boeing 767 aircraft that have served as the backbone of Amazon’s fleet for five years.

Converted Boeing 777s would let Amazon directly import products from China and other countries, the people said, stepping up the company’s rivalry with UPS Inc. and FedEx Corp. A refurbished cargo version of the 777 passenger plane — dubbed the 777-300ERSF — will enter service next year. It will hold 25% more volume than Boeing’s existing freighter and is emerging as an heir to the plane maker’s hump-back 747 jumbos that have hauled goods across the North Pacific for decades. 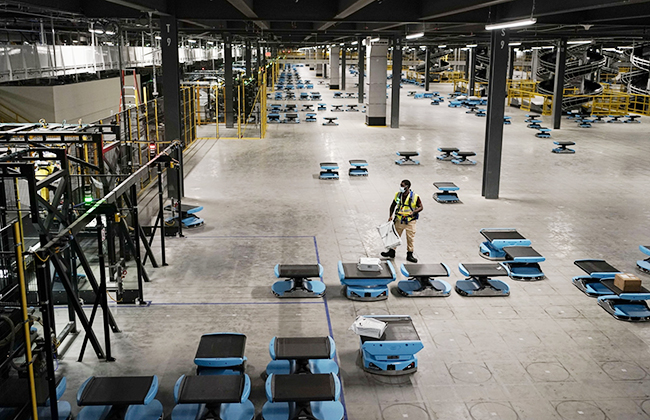 Amazon is seeking 10 Airbus A330-300 aircraft, as well as crews to fly them. The company’s request for proposals, described by three people familiar with the situation, is expected to be fulfilled by planes converted from passenger use. The company also is seeking an unspecified number of 777-300ERSF aircraft, according to two of the people.

It’s unclear where Amazon would acquire the planes and whether they would be purchased or leased. The company declined to comment.

Amazon Air was founded in 2016 to speed shipments of products from the company’s warehouses to shoppers. Eager to expand the reach of its delivery network and cut its dependence on third-party carriers, Amazon put together a fleet of leased and purchased aircraft acquired from other companies, typically at a discount to new models rolling off the assembly line.

Amazon Air has grown to about 75 planes and consists of converted Boeing 767 wide-body and 737 narrow-body aircraft, with four ATR 72 turboprops on the way, according to Planespotters.net. They are flown by third-party contractors, including Atlas Air Worldwide Holdings Inc., Air Transport Services Group Inc. and Sun Country Airlines Holdings Inc., and operate almost exclusively within North America and Europe.

The Seattle-based company was flying 164 flights a day in August, up from about 80 a day in May 2020, according to researchers with DePaul University’s Chaddick Institute for Metropolitan Development. Most flights serve airports a few hours’ drive from more than 70% of the U.S. population, the researchers say. In August, Amazon opened an 800,000-square-foot, $1.5 billion air cargo hub at Cincinnati/Northern Kentucky International Airport that helps it quickly transfer cargo to flights bound for other airports.

As COVID-19 upended global supply lines, Amazon started chartering international flights to fly products to the U.S. Initially, the planes flew in personal-protective equipment from factories in China. But with the pandemic dragging on and space on aircraft and containerships still scarce, the company has continued to charter flights to transport goods to its U.S. warehouses. The operation, which is separate from Amazon Air, also ferries products for other companies.

The international charter flights potentially could be scaled back once Amazon acquires cargo jets designed to routinely cross the Pacific Ocean.

Amazon Might Have to Sell Logistics Business Under Bill