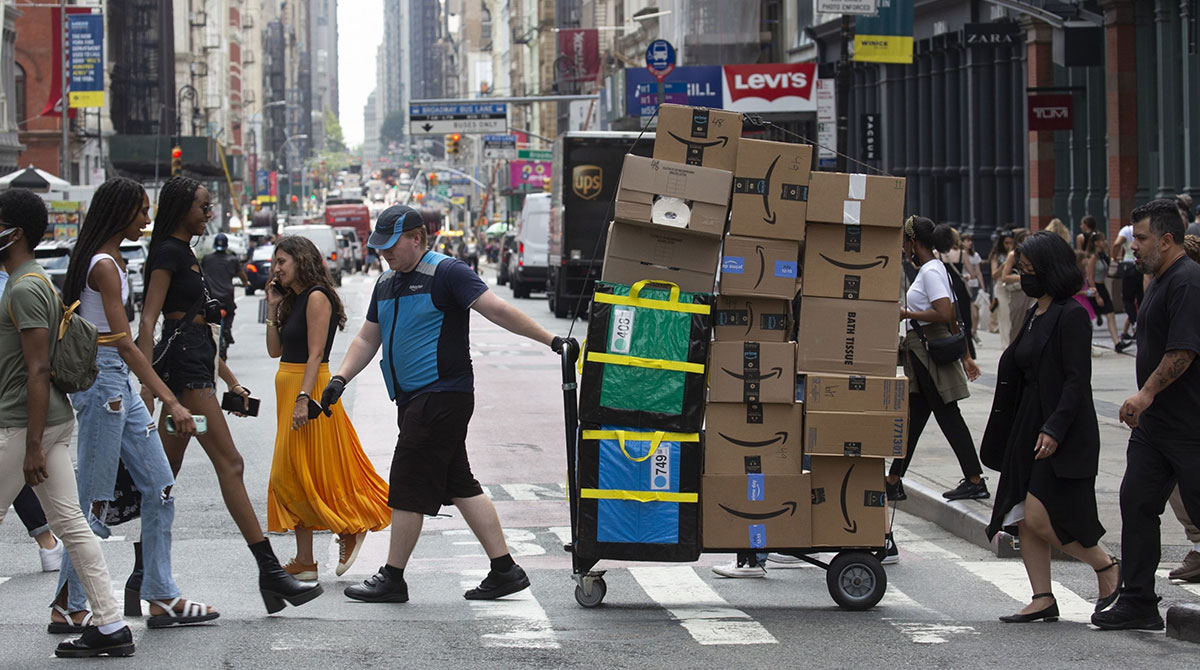 Online spending in the U.S. rose 8.5% to $11.9 billion during Amazon.com Inc.’s two-day Prime Day promotion, according to Adobe Inc., helping boost traffic on competing sites such as Walmart.com and Target.com that held their own sales.

The spending uptick was at the higher end of expectations, according to Adobe analyst Vivek Pandya. “Consumers have been dealing with a lot of pricing pressures at the pump, with groceries and in travel,” he said. “They’re still willing to spend if they see discounts.”

The average Amazon order during the event was $55.26, up 16.8% from Prime Day in 2021 which was held in June, according to Numerator, which based its calculation on 58,934 orders from 21,306 households. Two-thirds of shoppers didn’t seek better prices on other websites and did all their shopping on Amazon, according to the retail consulting firm.

Rising costs prevented many brands and merchants from offering steep discounts. But shoppers showed up eager to spend anyway, seeing any discount as a hedge against inflation that rose 9.1% in June, more than expected. Spending on Amazon was expected to reach $7.76 billion in the U.S. and $12.5 billion globally over the two-day event, each up about 17% from a year earlier, according to research firm EMarketer Inc., which said inflation would make shoppers hungry for deals.

Amazon launched Prime Day in 2015 to attract new subscribers who pay $139 a year for shipping discounts, video streaming and other perks. The event helps Amazon lock in shoppers before the holidays and deepen its relationship with existing customers by offering them deals on Amazon gadgets.

Amazon ranks No. 22 on the Transport Topics Top 100 list of the largest private carriers in North America.