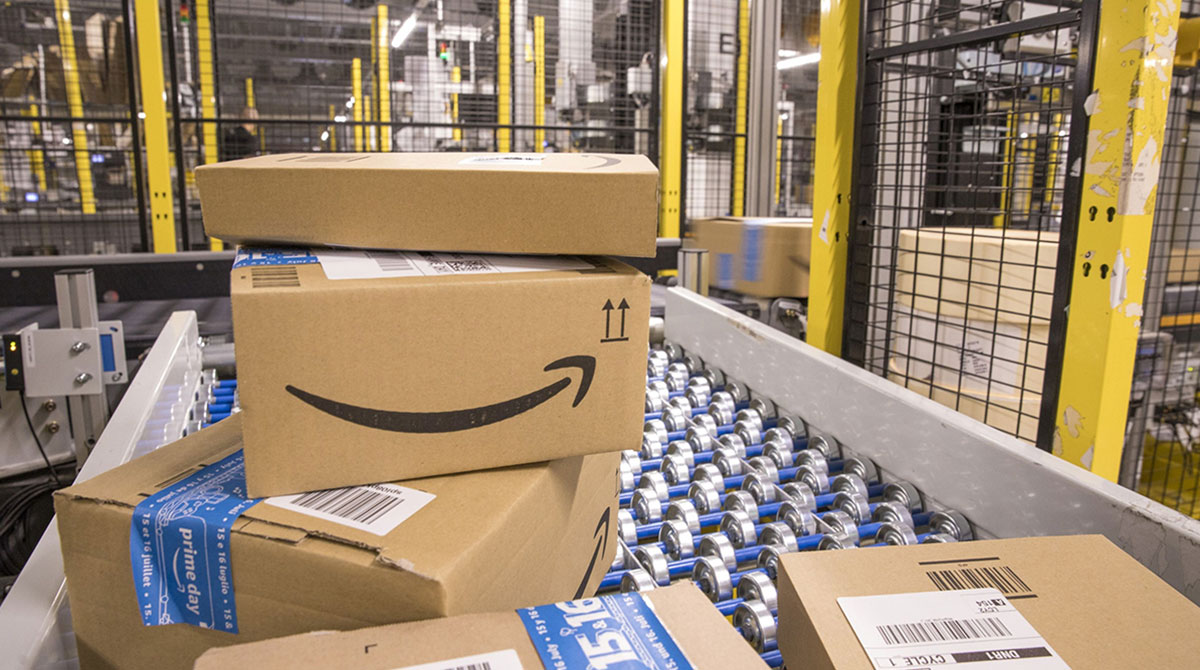 Amazon plans to file objections to the union election on Staten Island, N.Y., that resulted in the first successful U.S. organizing effort in the company’s history.

The e-commerce giant stated its plans in a legal filing to the National Labor Relations Board made public April 7. Among other things, the company accused the Amazon Labor Union, a group of former and current employees who spearheaded the union drive, of threatening warehouse workers to vote in favor of the organizing effort. Eric Milner, an attorney representing the ALU, said the claims were “patently absurd.”

“The employees have spoken and their voices have been heard,” Milner said in a statement. “Amazon is choosing to ignore that, and instead engage in stalling tactics to avoid the inevitable — coming to the bargaining table and negotiating for a contract” on behalf of the warehouse workers on Staten Island. 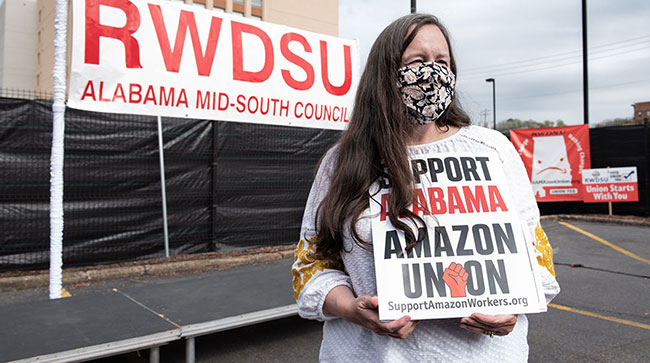 A Retail, Wholesale and Department Store Union supporter holds a sign outside of the union headquarters in Birmingham, Ala., on March 26. (Andi Rice/Bloomberg News)

Warehouse workers on Staten Island cast 2,654 votes — or about 55% — in favor of a union, giving the fledgling group enough support to pull off a victory. Federal labor officials had said the results of the count won’t be verified until they process any objections — due by April 8 — that both parties may file. Amazon requested a two-week extension, which the labor board has granted. It now has until April 22 to back up its claims.

The company initially had signaled it planned to challenge the election results based on a lawsuit filed in March by the NLRB, which sought to force Amazon to reinstate a fired employee who was involved in the union drive. In the filing made public April 7, Amazon said it was also objecting to the labor agency’s conduct “before and during the polling,” that the company says interfered with the election.

Today, @RWDSU filed Objections to the conduct of Amazon during the #union election w/ the @NLRB charging that Amazon interfered with the right of its Bessemer, AL employees to vote in a free and fair election; a right protected under Section 7 of the NLRA: https://t.co/s1lSmIK13L pic.twitter.com/chNqlZjBPK — RWDSU (@RWDSU) April 7, 2022

A labor dispute in Alabama, where the other union election was held, also is heating up. The Retail, Wholesale and Department Store Union, which is trying to unionize an Amazon warehouse in the city of Bessemer, said April 7 it filed several objections with the federal labor board over how the retail giant conducted itself in that election. Among other things, the RWDSU said the company fired and retaliated against union supporters.

Initial results in the Alabama union election show the RWDSU down by 118 votes, with the majority of Amazon warehouse workers rejecting a bid to form a union. The final outcome still is up in the air with 416 outstanding challenged ballots hanging in the balance. A hearing to review the ballots is expected to begin in the coming weeks.