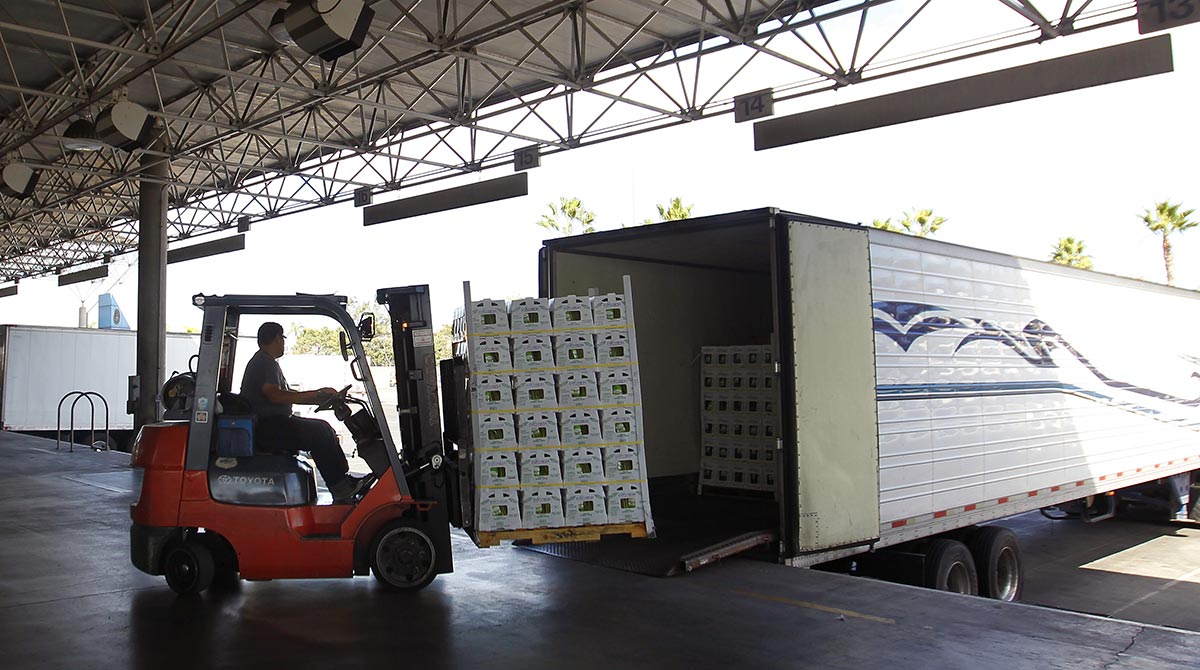 With its pending purchase of the Whole Foods grocery chain, Amazon.com Inc. will become a major shipper of fresh produce, a transport market that has always been difficult and is now getting even more challenging.

Finkbiner and Prince are also participants in the industry as the founders of Tiger Cool Express, a provider of refrigerated intermodal transportation based in Overland Park, Kan.

“We saw a void in the produce market,” said Finkbiner. “Having lived through the change from trailers [on flatcars] to containers in dry vans, we decided to deploy refrigerated containers for produce.”

Freight brokers — with C.H. Robinson Worldwide and Allen Lund Co. as major players — have a significant role in organizing produce shipments, Finkbiner said, especially since the work is not favored by large truckload carriers because they would have to add or decrease lots of trucks in a short period. The boom-and-bust seasonality of six-to-eight-week surges based around harvest times and locations makes it very difficult for a big carrier to dedicate trucks and trailers to produce work, he said.

For example, Finkbiner said daily produce loads out of California range from 1,000 per day to up to 7,000. It is all but impossible, he said, for a truckload manager to accommodate such a wide swing in demand.

Finkbiner and Prince worked with U.S. Department of Agriculture statistics to show the quick swings in produce shipping around the nation.

Texas and northern Mexico boom from March to May, and then California takes over into September. Florida is negligible during the Atlantic hurricane season from July to October but generates heavy shipping from March to May. 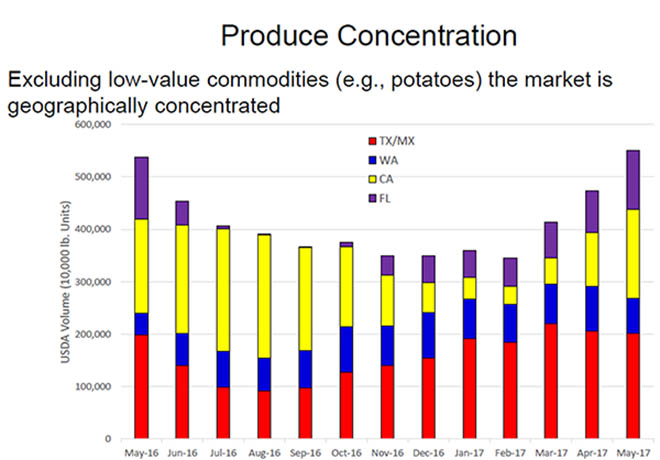 Also from the USDA database, Finkbiner and Prince said 95% of perishable U.S. produce moves by truckload, 4% by rail boxcars and just 1% via intermodal — their niche.

With owner-operators and small fleets providing the bulk of capacity for produce shipping, Prince said the federal ELD mandate that starts in December could place a dent in trucking capacity.

“The traditional cost of trucking correlates with diesel fuel,” Prince said. “But what we may see is that the fuel connection could be severed. In the post-ELD world, driver costs may double — and that could be an opportunity for intermodal.”

Finkbiner and Prince also said the pickup and delivery truck movements before and after the train segment are probably more appealing to drivers rather than irregular route longhaul. They said lengths of 200 to 450 miles are typical for such runs.

They also described different types of shipping arrangements, depending upon the size of the shipper. Small retailers and local wholesalers would use a broker or other third-party logistics provider, Finkbiner said.

Larger companies, including a grocery chain the size of Whole Foods, can use direct shipping to a distribution center.

Finkbiner said the unique shipper in the produce world is Wal-Mart Stores Inc., which routes everything through its 100-door cross-dock facility in Colton, Calif., the state’s intermodal-intensive Inland Empire area nicknamed Hub City.

John Larkin, the Stifel analyst who hosted the event, said while Amazon is willing to take on large investments, the time might not be ripe.

“For the [Colton] model to work, you need sufficient scale and scope, and Whole Foods doesn’t have that now,” Larkin said.

As for government regulation, Finkbiner noted the Food Safety Modernization Act, enforced by the U.S. Food and Drug Administration. An important section of the act related to transportation took effect in April, he said, and it makes carriers and brokers more liable for food safety.

Two emerging but still small markets, Finkbiner and Prince said, are ethnic produce and organic produce. Demand for this produce is on the rise, but mainly in less-than-truckload volumes rather than full trailers, and while “there is some refrigerated LTL, there’s not a lot,” Finkbiner said.