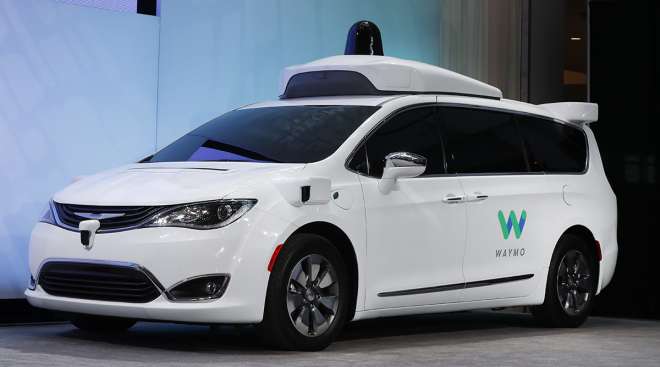 The self-driving cars Google designed are going to the snow - and the seat of the car industry.

Alphabet Inc.’s Waymo, the vehicle arm of Google’s parent, announced on Thursday that it will start testing its autonomous Chrysler minivans on roads in the greater Detroit area. Michigan will be the sixth state where Waymo has run its vehicles on public roads. But the region is the first with a winter dominated by snow and ice, the kind of inclement conditions that pose hurdles for vehicle sensors.

“Having lived through fourteen Michigan winters, I’m confident that there are few better places that will prepare our self-driving cars for winter conditions,” John Krafcik, Waymo’s chief executive officer and a former Ford Motor Co. executive, said in a statement. Waymo opened a testing facility in suburban Detroit last year.

The hometown automakers are already there. Ford has tested self-driving cars in the state (including some for pizza delivery). General Motors Co.’s Cruise Automation is experimenting there as well.

Waymo has compiled 3.5 million miles of public road testing since 2009. It’s widely seen as the front-runner in driverless car technology, which could upend the auto market if and when it arrives. Yet Waymo has sworn off manufacturing its own vehicles, and hasn’t disclosed how it plans to spread its package of self-driving sensors and software to a commercial fleet.

Starting in April, Waymo began testing a free service with select passengers in Phoenix, using some of its 600 minivans from Fiat Chrysler Automobiles NV. A Waymo spokesman declined to specify how many vehicles would be used in Detroit.