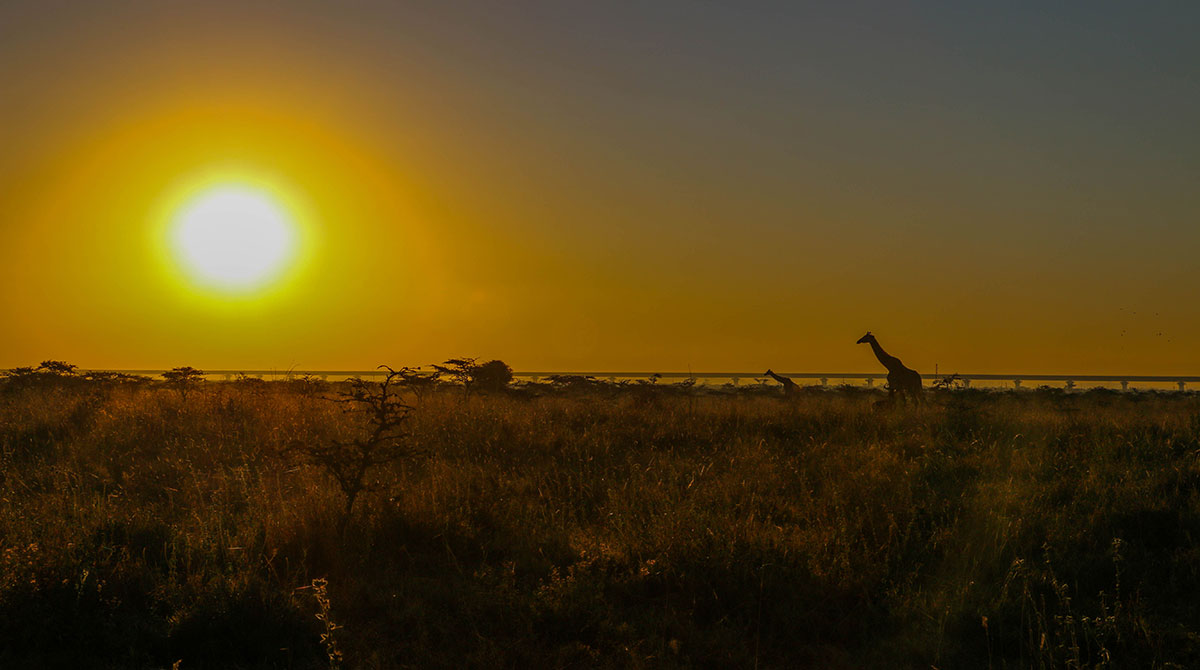 The Standard Gauge Railway can be seen in the background at sunrise in Nairobi National Park. (Shutterstock)

Currently, 40% of grains moving through Kenya to Uganda move through Lori’s platform, achieving a 17% reduction in direct costs, according to a press release. Lori also has won several bids associated with a newly built $4 billion railroad system in East Africa.

The Global Logistics Convention was such a great platform for dialogue. It was an honour sitting in and listening to all the meaningful insights shared, for the two days. Thank you to the team that put this together! #LogisticsConvention18 #Lori pic.twitter.com/vSS0V4x2mg — Lori Systems (@lorisystems) September 19, 2018

“We’re so excited to announce our working partnership with the Standard Gauge Rail in Kenya,” Lori Systems CEO Josh Sandler said in a news release. “In our continued efforts to bring down the costs of goods, we have been rapidly ramping up our operations to tackle massive transportation issues.”

Lori has sought out top talent from across Africa and partnered with fellow logistics company Kuehne + Nagel Inc. to provide “a customized, flexible solution to meet their specific needs and increase asset utilization and customer satisfaction,” the news release said.

Kuehne + Nagel ranks No. 11 on the Transport Topics Top 50 list of the largest logistics companies in North America.