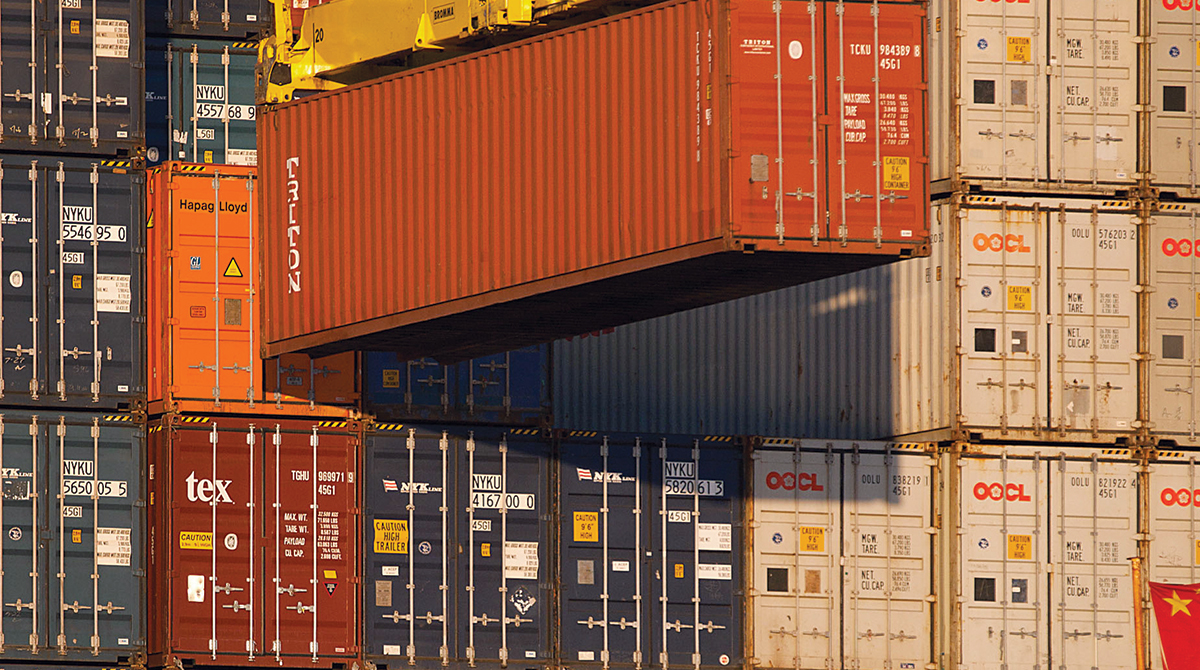 Containers at the Port of Long Beach. (Tim Rue/Bloomberg News)

The global trade finance gap rose 15% to $1.7 trillion in 2020 as COVID-19 sent shock waves through trade and supply chains, according to a survey conducted by the Asian Development Bank.

The shortfall in trade finance, which is critical for greasing the flow of imports and exports, threatens a global recovery that consumption and manufacturing gauges already warn may be cooling. Almost one-third of firms in the ADB survey, released Oct. 12, flagged lack of access to finance as a major barrier over the next year.

“This study raises alarm bells that there are not only persistent market gaps for trade finance, those gaps are growing,” Steven Beck, head of trade finance at the ADB, said in an interview.

The ADB also found that 40% of trade finance applications rejected by banks were from small- and medium-sized enterprises, or SMEs. Those SMEs led by women were especially hit hard, with around 70% of applications either totally or partially turned down.

While less demand for finance early in the pandemic contributed to the gap, the likelihood of applications for finance being rejected rose last year as the virus ravaged economic activity. As a percentage of world goods trade, the gap rose to 9.7% in 2020 from 7.7% in 2018, according to the survey.

Worries about the economic recovery, along with regulatory constraints and requirements on anti-money laundering and know-your-customer rules, are among the major barriers to companies securing financing, the ADB found.

Potential solutions include global standards and legislation for the digitalization of trade’s eco-system — from shippers to warehouses — which would generate data, increase transparency, improve interoperability and ultimately boost access to finance, according to Beck.

“Digitalization can address a lot of problems,” Beck said.

While global trade has rebounded amid a resurgence of economic activity this year, the World Trade Organization this month warned the pandemic continues to present the biggest risk to the recovery in global trade and output. The Geneva-based body raised its projection for trade growth in 2021 and 2022 to 10.8% and 4.7%, respectively.

“We have got to make sure there is sufficient finance to back the trade we need to create the growth and jobs to get us out of this mess,” Beck said.

The ADB surveyed 79 banks from 43 countries — including major trade finance providers — and 469 firms from 72 countries.