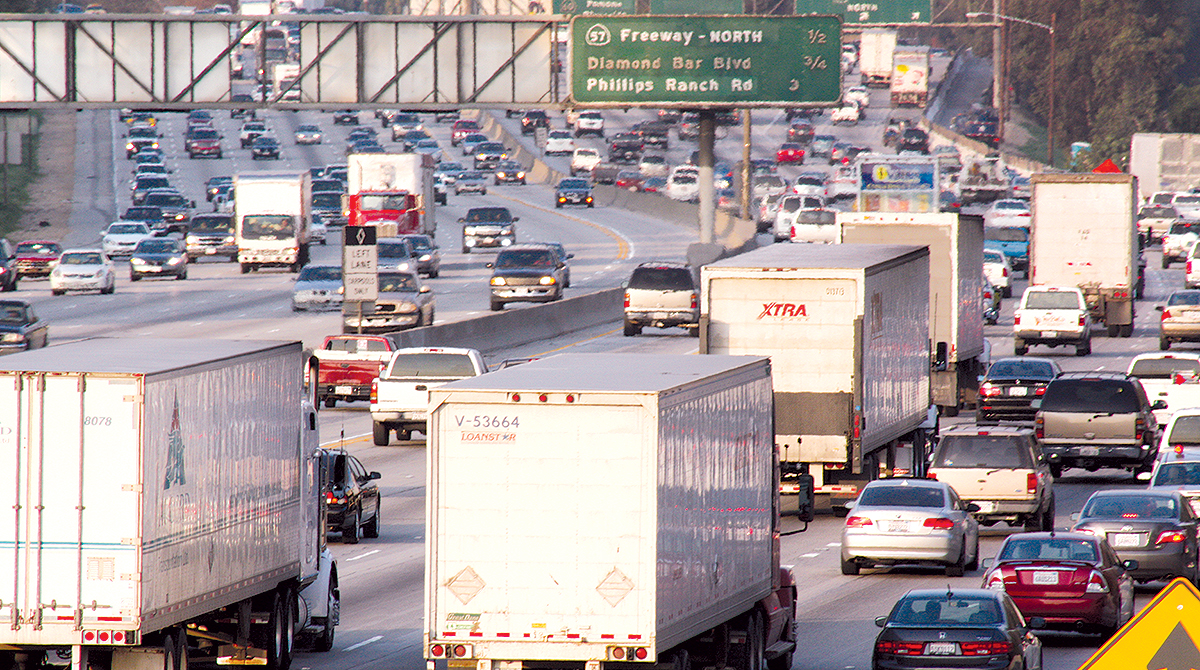 Traffic on Interstate 60 outside Los Angeles. (City of Industry)

Driverless car startup Zoox Inc. became the first company to win approval to transport members of the public in its driverless test vehicles in California, according to a statement from the California Public Utilities Commission.

While there are more than 60 companies with permits to test autonomous vehicles in California, they are restricted to carrying employees and contractors. With the permit from the CPUC, Zoox can now offer an autonomous-driving service to the public, though it’s still required to have a trained safety driver ready to take over at all times. It’s also not permitted to charge money for the rides.

Today we authorized @zoox to participate in California’s first pilot providing “drivered” autonomous vehicle (#AV) passenger service to the public. Zoox must have a trained test driver in the driver’s seat ready to take over & may not charge for rides. https://t.co/yCP3Uo2AcK pic.twitter.com/aXM5Wc1vfu — California PUC (@californiapuc) December 21, 2018

“We’re on track to deploy a commercial service of our fully autonomous vehicle by the end of 2020, so this is an important marker along that road,” said Bert Kaufman, a Zoox spokesman.

Kaufman said Zoox’s next step will be to apply to the Department of Motor Vehicles for driverless testing without a safety driver, and to the CPUC for a driverless passenger service. He declined to specify when it will take those steps.

Under the permit program, which was created in May, Zoox must submit data and reports to the CPUC on incidents, passenger miles traveled in test cars and other safety issues.