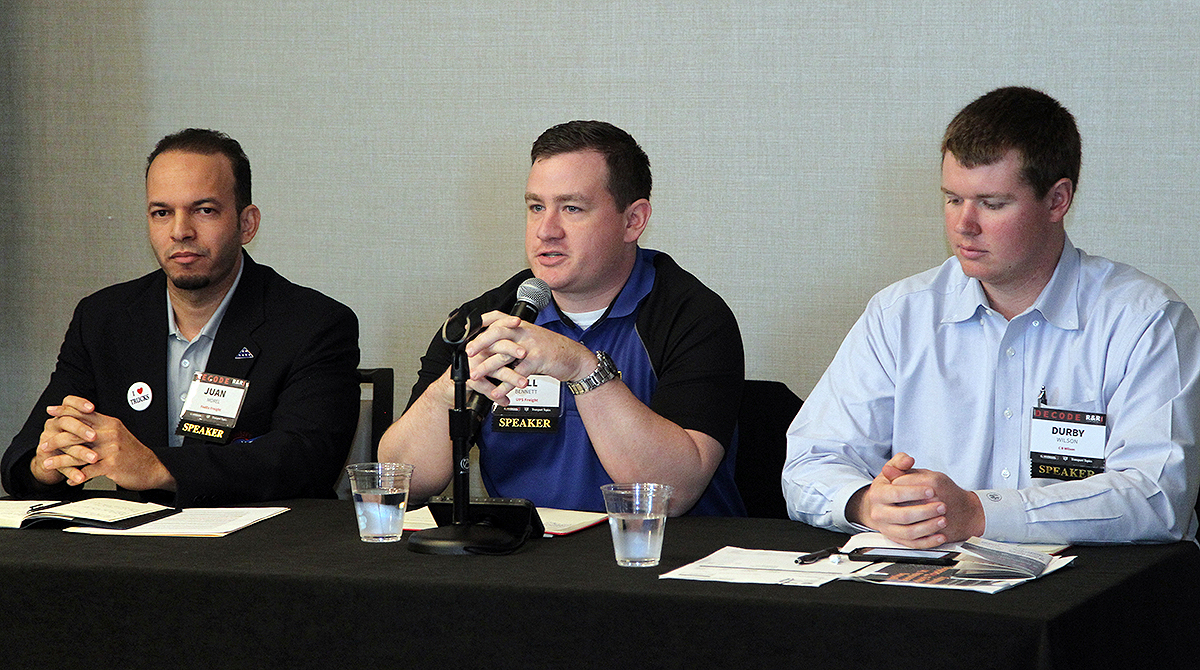 NASHVILLE, Tenn. — Drivers can dispel negative perceptions about the trucking industry by demonstrating professionalism, regardless of whether they are on the road or interacting with customers, according to three young truckers. 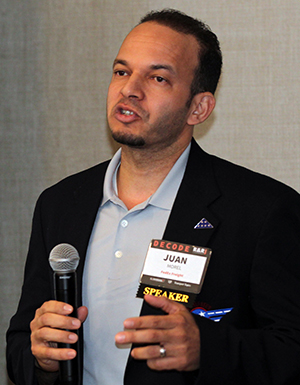 Juan Carlos Morel, a 35-year-old FedEx Freight driver, said people usually think that truck drivers spend most nights in their trucks and go months without seeing their families. Morel, who spoke on a panel at the Recruitment and Retention Conference on Feb. 21, said that many of these preconceptions are inaccurate. Based in Nashville, he is home every night and sees his family frequently.

Morel and his fellow panelists said that exhibiting pride and professionalism in one’s truck driving job can boost the industry’s image.

“When people look at a truck driver, they don’t always see the most professional individual, and it’s not necessarily something that that individual has done,” said Bill Bennett, 31, a UPS Freight driver. “If you can encourage your drivers to present themselves as professionally as possible, behind the wheel and in the truck stop and at the shipper, we can make a serious impact on how the industry itself is viewed as a whole.” 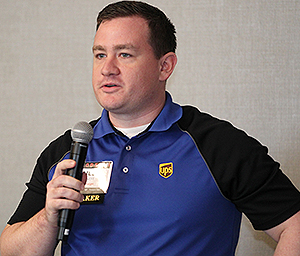 “Drivers work hard every day to make sure they stay safe,” Bennett said. “If you can acknowledge that they’ve done that for a million miles, which is more than most people are going to travel in their lifetime, that is absolutely something they’re going to wear proudly on their shoulder.”

One obstacle for young people is that the current federal law does not permit 18- to 21-year-olds to drive Class 8 trucks across state lines. Bennett, who was 23 when he was hired at UPS, said the age limit was a major roadblock for him. He said that many young people who leave high school wishing to pursue a trade abandon trucking aspirations when they learn that they won’t be able to cross state lines in a truck until they are 21.

“You talk to these kids and it’s really easy to get them excited, but when they find out it would take the same amount of time to get a four-year degree, it pretty much becomes an afterthought,” Bennett said.

Lawmakers at the national and state level have pushed for legislation that would offer targeted training in an effort to allow people in this age range to drive a truck interstate. One such piece of legislation is the Developing Responsible Individuals for a Vibrant Economy, or DRIVE-Safe Act, which proposes a two-step program for prospective young drivers to complete once they obtain a commercial driver license. The legislation, introduced in March, would require these drivers to log 400 hours of on-duty time and 240 hours of driving time with an experienced driver in the cab after earning a CDL. Once completed, the driver would be able to participate in interstate commerce. 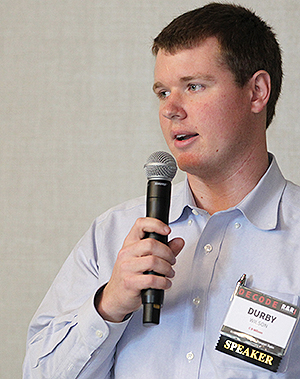 Durby Wilson, who started C.B. Wilson Transport when he was 19, said he supports such legislation as long as it ensures truckers are trained to drive in various conditions. For example, he said someone used to driving during the winter in Iowa would need training to adjust to navigating through New York City. Wilson said he had to wait until he was 21 to drive 30-mile trips between his terminal in Virginia and North Carolina.

The panelists said that recruiters can better maintain drivers if they talk with them frequently and avoid promises they can’t keep. Nick Wakefield, director of driver talent acquisition and retention at USA Truck, said that breaking down the wall between operations and recruitment is important. Wakefield, who spoke at a subsequent panel Feb. 21, said that each of USA Truck’s business units has its own set of recruiters. The recruiters meet with operations workers weekly. Every advertisement written by a recruiter is approved by an operations team before it is released.

Morel said that frequent and honest communications can create positive relationships between supervisors and drivers.

“Having a supportive supervisor is important,” Morel said. “I’d prefer to make less money and feel good at work. I believe that’s more valuable than money.”

For Recruiting and Retention, Trucking Companies Should Focus on Equipment, Pay